The maiden flight of an aircraft is the first occasion on which an aircraft leaves the ground of its own accord. This is similar to a ship's maiden voyage.

The first flight of a new aircraft type is always a historic occasion for the type. It is also one of the most dangerous, because the exact handling characteristics of the aircraft are generally unknown. The first flight of a new type is almost invariably flown by a highly experienced test pilot. First flights are usually accompanied by a chase plane, to verify items like altitude, airspeed, and general airworthiness.

A first flight is only one stage in the development of an aircraft type. Unless the type is a pure research aircraft (such as the X-15), the aircraft must be tested extensively to ensure that it delivers the desired performance with an acceptable margin of safety. In the case of civilian aircraft, a new type must be certified by a governing agency (such as the Federal Aviation Administration in the United States) before it can enter operation. 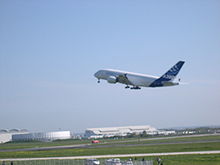 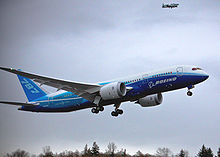