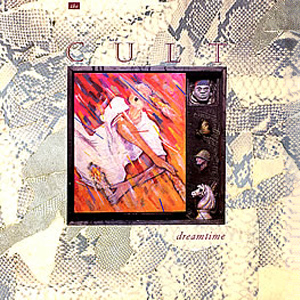 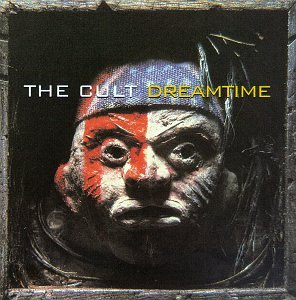 "Dreamtime" is a studio album by . Out of the shadows of , "Dreamtime" was a bold attempt to fuse the mysticism of with the passion of and giving the first steps to their future hard rock direction. Conjuring up Native American imagery, the album was a curious and romantic creature on the evolutionary path to .Released in September 1984, it reached #21 in the UK, and was later certified Silver by the BPI after having sold 60,000 copies there. The first single, "Spiritwalker", reached #1 on the . Dreamtime has subsequently been reissued (or in some cases bootlegged) in roughly 30 countries worldwide.

Lyrics to the song 'Horse Nation' are taken almost from the book titled "". 'Spiritwalker' is a reference to shamanism, while 'Dreamtime' is inspired by the aborigines and 'Butterflies' is a reference to the ceremonial butterfly dance.

'A Flower in the Desert' is a reworking of the Southern Death Cult's song 'Flowers in the Forest'.

The record was originally being produced by Joe Julian, but after having recorded the drums tracks the band decided to replace him, and suggested John Brand. The record was ultimately produced by Brand, but guitarist has said that the drum tracks used on the record were those produced by Julian, as band drummer Nigel Preston had become too unreliable by that time.

There is a slightly longer version of 'Spiritwalker', with a running time of 3:54.

The record was largely recorded at , in Monmouth, , in late March and early April 1984. Mixed at Eel Pie, Twickenham, 16 - . Mastered on . This record was originally intended to be released on Situation Two, with a catalogue number SITU 57 (or 12). This pressing was to include the original version of "Go West (Crazy Spinning Circles)" which uses a psychedelic phasing on the end choruses. Only a small handful of white label test pressings were made of this record, before the band decided they didn't like that version. They subsequently recorded a new version of the song after being signed on to , and that second, more "finalised" version of the song was released. The rerecording of "Go West (Crazy Spinning Cirlces)" was done at Livingstone studios on . The original test pressing of "Dreamtime" stands as one of the more rare and collectable studio Cult vinyl pressings.

'Bone Bag' [sometimes listed as Bonebag] was the original b side on the 'Spiritwalker' single. 'Sea and Sky' was the original b side of 'Go West (Crazy Spinning Circles)' and 'Resurrection Joe' [sometimes misspelled "sic|Ressurection Joe"] was a new single recorded in November 1984 and released on . They are included as bonus tracks on the original CD pressings in all countries except the original CD pressing in the , where only the 10 original songs are present. The first CD version in the Netherlands also uses different artwork for the back cover. In , the cd version incorrectly lists 13 songs on the back cover, but only includes the 10 original songs as were on vinyl.Released originally with a nine song live album titled , recorded at the Lyceum Theatre in London on , and also released in the UK with different artwork, and on also as a picture disc lp. There were only 30.000 copies of the live record originally manufactured. This double album version was released in a thicker cardboard sleeve.

In , a special promotional 12" record was issued, consisting of three tracks:
# "Spiritwalker"
# "Go West (Crazy Spinning Circles)"
# "83rd Dream (recorded live at the Lyceum on )"The full album was later released in France, packaged with the live album 'Dreamtime live at the Lyceum'.

The ese LP features a photo of the band on the front cover, instead of the original artwork.When remastered and reissued on CD in 1996, only the 10 original songs were included.

On the original Canadian vinyl pressing, the tracklisting is re-arranged for unknown reasons:

The record was released in for the first time in July 1990, with the second version of the artwork used for the cover.In in January 1991, two versions of this record were released by Globus International: one is on black vinyl, and the other is on blue vinyl. The blue vinyl version is apparently quite rare. Both Czechoslovakian pressings use the artwork from the second British pressing.In 2003, the album was remastered and reissued on CD in the , and with the three bonus tracks and different artwork. In October 2004 the record was also remastered and reissued on CD with different artwork in .

There is also a misprinted British CD, which uses correct artwork, but includes on the disc itself, instead of anything by The Cult.