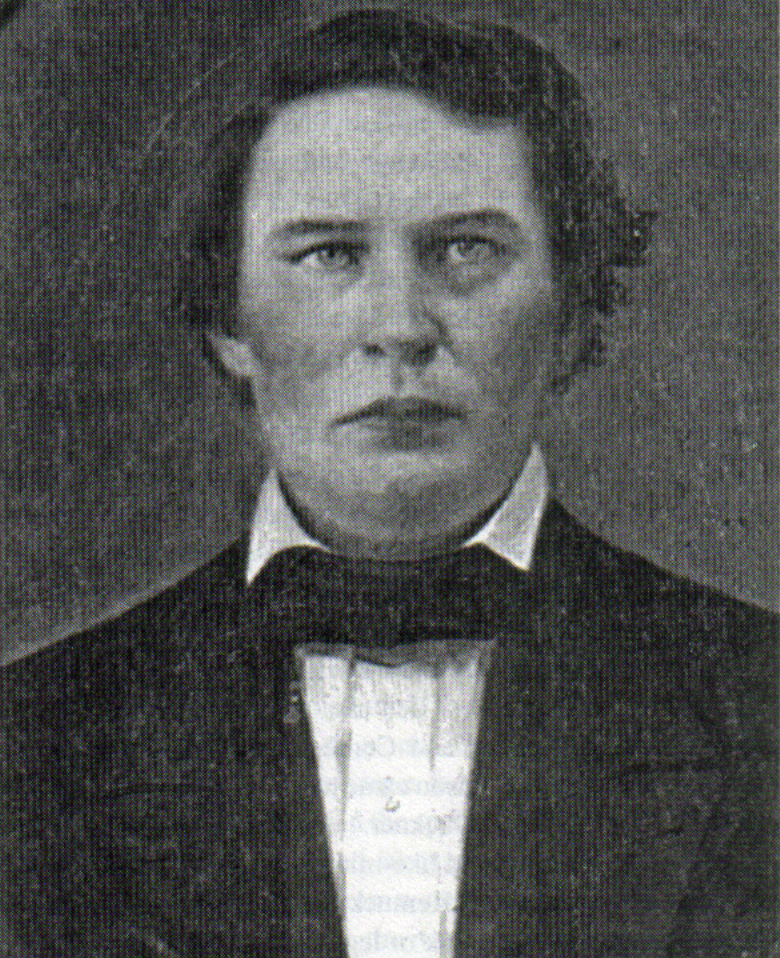 George Washington Johnson (May 27, 1811ndash April 8, 1862) was the first Confederate governor of . A lawyer-turned-farmer from , Johnson favored secession as a means of preventing the Civil War, believing the Union and Confederacy would be forces of equal strength, each too wary to attack the other. As political sentiment in the Commonwealth took a decidedly Union turn following the elections of 1861, Johnson was instrumental in organizing a sovereignty convention in with the intent of "severing forever our connection with the Federal Government."

Despite his meager political experiencendash having previously served only three years in the ndash Johnson labored vehemently to ensure the success of the shadow government. Kentucky was admitted to the Confederacy on December 10, 1861, but the shadow government's influence in the Commonwealth extended only as far as the advanced. When abandoned the Confederate capital of Bowling Green, Governor Johnson and the other government officials accompanied him. Despite his advanced age and a crippled arm, Johnson volunteered for military service in General Johnston's army. Johnson was killed at the , making him the only state governor, Union or Confederate, to fall in battle during the Civil War. He was succeeded by , the second and last governor of Confederate Kentucky.

George Washington Johnson was born on May 27, 1811 near Georgetown in Scott County, Kentucky, the son of William and Betsy Payne Johnson.

Although he supported for president in 1860, he did not feel that 's election justified secession, since Republicans controlled neither Congress nor the Supreme Court. As the Confederate States of America were formed, however, Johnson began to lose hope for Kentucky as a part of the Union. Instead, he began to advocate that Kentucky join the Confederacy, believing that the Union and Confederate nations would be too evenly matched to consider war and would negotiate a free trade agreement that would benefit both.

In 1861, Johnson traveled to to ask to respect Kentucky's neutrality in the Civil War. Following a near sweep of Kentucky's state and federal elections by Union sympathizers, established , a Union recruiting camp, in Garrard County. Southern sympathizers saw this as a breach of the Commonwealth's neutrality, and called a State Rights Convention on September 10, 1861. Johnson was among the delegates from seventy Kentucky counties who attended the convention.

On October 29, 1861, a group of Kentuckiansndash Johnson among themndash met at to discuss the formation of a Confederate government for the Commonwealth, believing the Unionist government in Frankfort did not represent the will of the majority of Kentucky's citizens. Johnson chaired the committee that authored the convention's final report, and personally introduced some of its key resolutions. The report called for a sovereignty convention to sever ties with the Federal government. Johnson, Breckinridge, and Humphrey Marshall were among the notable members of the Committee of Ten that made arrangements for the convention.

On November 18, 1861, 116 delegates representing 68 Kentucky counties convened at the Clark House in Russellville.

On November 21, 1861, Johnson wrote Confederate president Jefferson Davis to request Kentucky's admission to the Confederacy. Though Davis had some reservation about the circumvention of the elected General Assembly in forming the Confederate government, he concluded that Johnson's request had merit. Kentucky was admitted to the Confederacy on December 10, 1861.

During the winter of 1861, Johnson tried mightily to assert the legitimacy of the fledgling government, but to no avail. Its jurisdiction extended only as far as the area controlled by the Confederate Army. Johnson came woefully short of raising the 46,000 troops requested by the in Richmond. Efforts to levy taxes and to compel citizens to turn over their guns to the government were similarly unsuccessful. On January 3, 1862, Johnson requested a sum of $3 million from the Confederate Congress to meet the provisional government's operating expenses.

During his labors to sustain the provisional government, Johnson's lack of hearing from his family weighed heavily upon him. The only family member with whom he had contact was his son Madison ("Matty"), who had joined 's cavalry. Johnson admired and respected Morgan, and was pleased that his son had chosen to serve under him. In 1862, he requested by letter that his wife send their fifteen-year-old son Junius to serve in the Confederate Army. Despite Johnson's protestations that he would ensure his son's safety, his wife refused this request.

It was Johnson's practice to avoid interference with military decisions, however he supported Morgan's request for two light artillery pieces that became hallmarks of his command. By contrast, he consistently opposed the command of General , trying repeatedly but unsuccessfully to have him removed. It is unclear how much military influence Johnson wielded in his position as governor, though he enjoyed a cordial relationship with most of the Confederate generals.

Death at the Battle of Shiloh

When General Albert Sydney Johnston was forced to withdraw his troops from Bowling Green in February 1862, the Confederate state government moved with his army to Tennessee. On April 6, 1862, General Johnston attacked the Union army at . During this battle, Governor Johnson served as a volunteer aide to General Breckinridge and Colonel Robert P. Trabue. After his horse was killed out from under him, Johnson fought on foot with Company E of the , and insisted on being sworn in as a private. He declared "I will take a good night's rest and be ready for the fight tomorrow."

The next day, Governor Johnson was seriously wounded in the right thigh and abdomen. He lay wounded on the battlefield until the next morning, when he was recognized by Union General . Johnson and McCook had both attended the 1860 and were both Freemasons. Johnson was taken aboard the Union hospital ship "Hannibal", where despite the ministrations of several physicians, he died on April 8. Friends in the Union army, including General , packed Johnson's body in salt and shipped it to Louisville, then on to Georgetown for burial.