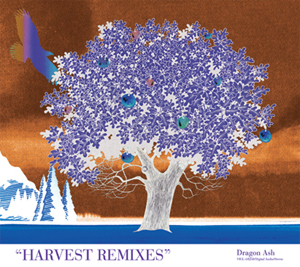 "Harvest Remixes" is a by the Japanese group ; released in 2004. It includes remixes of ten tracks from their previous album, Harvest. The remixes were produced by the duo of Kj and BOTS from Dragon Ash under the name "Fellows Inc." with help from other members Makoto Sakurai and Hiroki (who together called themselves "Tekunokusu" and since then have made "endive"). Other remixers include , Ganja Kru, and 3rd Force. The latter two may not have been actually involved, rather the songs might have been produced in the "style" of their music.

Harvest Remixes was also released as a vinyl LP on April 07, 2004 following the trend of their other analogue format releases in 2000.