Bubblegum pop (also known as bubblegum rock, bubblegum music, or simply bubblegum) is a genre of pop music with an upbeat sound contrived and marketed to appeal to pre-teens and teenagers, produced in an assembly-line process, driven by producers, often using unknown singers.

Bubblegum's classic period ran from 1967 to 1972.[1] The second wave of bubblegum started two years later and ran until 1977 when disco took over and punk rock emerged (some critics have claimed bubblegum influenced punk).[2]

The genre was predominantly a singles phenomenon rather than an album-oriented one, the presumption being that teenagers and pre-teens had less money to spend on records and were thus more likely to buy singles than albums. Also, because many acts were manufactured in the studio using session musicians, a large number of bubblegum songs were by one-hit wonders.[3] Among the best-known acts of bubblegum's golden era are 1910 Fruitgum Company, The Ohio Express and The Archies, an animated group which had the most successful bubblegum song with Sugar, Sugar, Billboard Magazine's #1 single for 1969. Singer Tommy Roe, arguably, had the most bubblegum hits of any artist during this period.

The chief characteristics of the genre are that it is pop music contrived and marketed to appeal to pre-teens and teenagers, is produced in an assembly-line process, driven by producers, often using unknown singers and has an upbeat sound.[1] The songs typically have singalong choruses, seemingly childlike themes and a contrived innocence, occasionally combined with an undercurrent of sexual double entendre.[4] Bubblegum songs are also defined as having a catchy melody, simple chords, simple harmonies, dancy (but not necessarily danceable) beats, repetitive riffs or "hooks", use of solfege syllables and a vocally-multiplied refrain. Bubblegum rarely has guitar solos, usually feature the organ, and often use a single handclap or double handclap as prominent percussion.

The song lyrics often concern romantic love, but many times are about just feeling good or being happy, with references to sunshine, loving one another, toys, colors, nonsense words, etc. They are also notable for their frequent reference to sugary food, including sugar, honey, butterscotch, jelly and marmalade.[1] Cross-marketing with cereal and bubblegum manufacturers also strengthened the link between bubblegum songs and confectionery. Cardboard records by The Archies, The Banana Splits, The Jackson 5, The Monkees, Bobby Sherman, Josie and the Pussycats, H.R. Pufnstuf and other acts were included on the backs of cereal boxes in the late 1960s and early 1970s, while acts including The Brady Bunch had their own brands of chewing gum as a result of licensing deals with TV networks and record companies.[1]

Producers Jerry Kasenetz and Jeff Katz have claimed credit for coining the term "bubblegum music", saying that when they discussed their target audience, they decided it was "teenagers, the young kids. And at the time we used to be chewing bubblegum and my partner and I used to look at it and laugh and say, 'Ah, this is like bubblegum music'." The term was seized upon by Buddah Records label executive Neil Bogart. Music writer and bubblegum historian Bill Pitzonka confirmed the claim, telling Goldmine magazine: "That's when bubblegum crystallized into an actual camp. Kasenetz and Katz really crystallized it when they came up with the term themselves and that nice little analogy. And Neil Bogart, being the marketing person he was, just crammed it down the throats of people. That's really the point at which bubblegum took off."[4]

The birth of bubblegum is generally dated from the success in 1968 of The Lemon Pipers' "Green Tambourine", 1910 Fruitgum Company's "Simon Says" and The Ohio Express' "Yummy Yummy Yummy", but music critics have identified novelty songs including The Dixie Cups' "Iko Iko" and Patti Page's "(How Much Is) That Doggie in the Window?" as possible precursors.[4]

A breeding ground for the genre has also been found in the field of 1960s garage rock, the songs of which shared an overriding simplicity with bubblegum. Garage and bubblegum groups were also both generally singles acts. Several garage punk bands, including Shadows of Knight, later recorded bubblegum tracks, while Ohio Express, one of the major 1960s bubblegum bands, began their recording career with punk-rooted tunes.[4]

Between those two camps emerged Florida group The Royal Guardsmen, who scored a US No.2 hit in 1966 with their novelty hit "Snoopy Vs. The Red Baron", and The Fifth Estate, whose 1967 song "Ding-Dong! The Witch Is Dead" reached No. 11 in the US.[4]

Tommy James and the Shondells are also seen as a major influence, with such songs as 1964's "Hanky Panky","It's Only Love"('66), "I Think We're Alone Now"('67) and "Gettin Together"('67), as is Tommy Roe, but critics are divided on one possible major bubblegum band prototype: The Monkees. Although the band began as a prefabricated, fictional rock group concocted to sell records and TV advertising time, the band later staged a coup and wrested creative control from their creators.[4]

The success of The Lemon Pipers' "Green Tambourine" (US No. 1, February 1968, produced by Paul Leka) was followed by a wave of bubblegum delivered by the Super K Productions team of Kasenetz and Katz, who had scored their first hits in 1967 with the Music Explosion's "Little Bit o' Soul" (No. 2, May) and The Ohio Express's "Beg, Borrow and Steal" (No. 29, October). 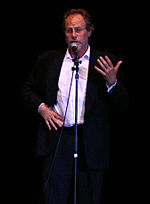 In early 1968, the pair signed New Jersey band Jekyll and the Hydes, changed the band's name to 1910 Fruitgum Company, and released two singles that made the Billboard Hot 100 – "Simon Says" (No. 4, February 1968) and "May I Take a Giant Step (Into Your Heart)" (No. 63). In May 1968, The Ohio Express (who had also undergone an enforced name change under the Super K team's tutelage, from Sir Timothy and the Royals) also scored a No. 4 hit with "Yummy Yummy Yummy".

The latter, written by teenager Joey Levine and accomplished songwriter Artie Resnick, was intended as a demo for Ohio Express to emulate, featuring vocals by non-band member Levine and backing by session musicians. The song was released as an Ohio Express single without Levine's knowledge. Two follow-ups, "Down at Lulu's" (No. 33, August 1968) and "Chewy Chewy" (No. 15, October 1968), also charted - both featuring vocals by Levine (who had never met the band), and neither featuring any members of Ohio Express. The real Ohio Express toured, supporting The Beach Boys, The Who and Herman's Hermits, with bassist Dean Kastran performing the vocals for the hits, emulating Levine's nasal-punk singing style.[1]

Kasenetz and Katz developed a strong relationship with Buddah Records, releasing a series of hits by 1910 Fruitgum Company, Ohio Express and one-offs such as "Quick Joey Small" by The Kasenetz-Katz Singing Orchestral Circus, a Levine-fronted group of studio players. Kasenetz and Katz also scored on Bell Records in early 1969 with "Gimme Gimme Good Lovin" by another manufactured band, Crazy Elephant.

The dominance of the Kasenetz-Katz team was challenged in 1969 by music publisher Don Kirshner and "Hanky Panky"'s co-author, Brill Building writer/producer Jeff Barry. In early 1967, after almost a year of success directing the music team behind made-for-TV pop band The Monkees, the band rebelled against Kirshner's strict creative controls and after an acrimonious confrontation, involving lawyers and fisticuffs, wrested control of their career from Kirshner.

A battered and resentful Kirshner envisioned a manufactured group over which he could have permanent and total control: Filmation's cartoon band The Archies, based on the Archie Comics characters. He enlisted Barry and Andy Kim as songwriters, session musicians including Hugh McCracken, Gary Chester, Chuck Rainey and Ron Frangipane to provide the music and Ron Dante as vocalist.[5] Dante, also of the Cuff Links, with whom he scored a No. 9 bubblegum hit, Tracy during the same period, would go on later to produce hits for Barry Manilow in the early 70s. The fictional band's "Sugar Sugar" (a song which Kirshner had originally intended for the Monkees to record) was the best-selling single of 1969, and the band would score five more Hot 100 singles including "Who's Your Baby?", "Bang Shang-a-Lang" and "Jingle Jangle."

Numerous cartoon, costumed and even animal bands appeared during 1969-72 in response to the Archies' success. Cartoon producers Hanna-Barbera created The Banana Splits, for a Saturday morning cartoon show featuring costumed actors miming to pre-recorded tracks a'la the early Monkees. Hanna-Barbera's Scooby-Doo, Where Are You! was originally developed as cartoon band show, but even after that idea was dropped, the 1970-1971 season included seven episodes that each used a different bubblegum song for extended chase scenes - each performed by Austin Roberts.[6] Hanna-Barbera's Josie and the Pussycats became the studio's new cartoon band show.

Sesame Workshop, then called Children's Television Workshop, also jumped on the bubblegum bandwagon with a juvenile group called "The Short Circus" from its new series, The Electric Company, who would also double as kid cast members in various sketches in the show.

The initial era of bubblegum carried on into the early 1970s, with hits from The Cowsills, The Partridge Family (a made-for-TV group inspired by the real-life Cowsills, starring Shirley Jones and featuring David Cassidy), The Jackson 5, The Osmonds, The DeFranco Family featuring Tony DeFranco and others. Many British acts of the first glam rock era (approximately 1971-1975) also incorporated bubblegum influences,[4] including Gary Glitter, Alvin Stardust, T.Rex, and such Nicky Chinn/Mike Chapman-produced acts as Sweet, Mud, and American expatriate Suzi Quatro. These acts had great success in the UK, Asia, Europe and Australia, charting many singles. They were less successful in the US, however.

Bubblegum had a resurgence however and maintained a minor presence on the US charts in the mid-to-late 1970s, particularly through Shaun Cassidy (David's half-brother) and Leif Garrett, both of whom also maintained television acting careers. The last big act of the 70s featuring obvious bubblegum elements were the Scottish band the Bay City Rollers, who charted from 1975 through 1978.