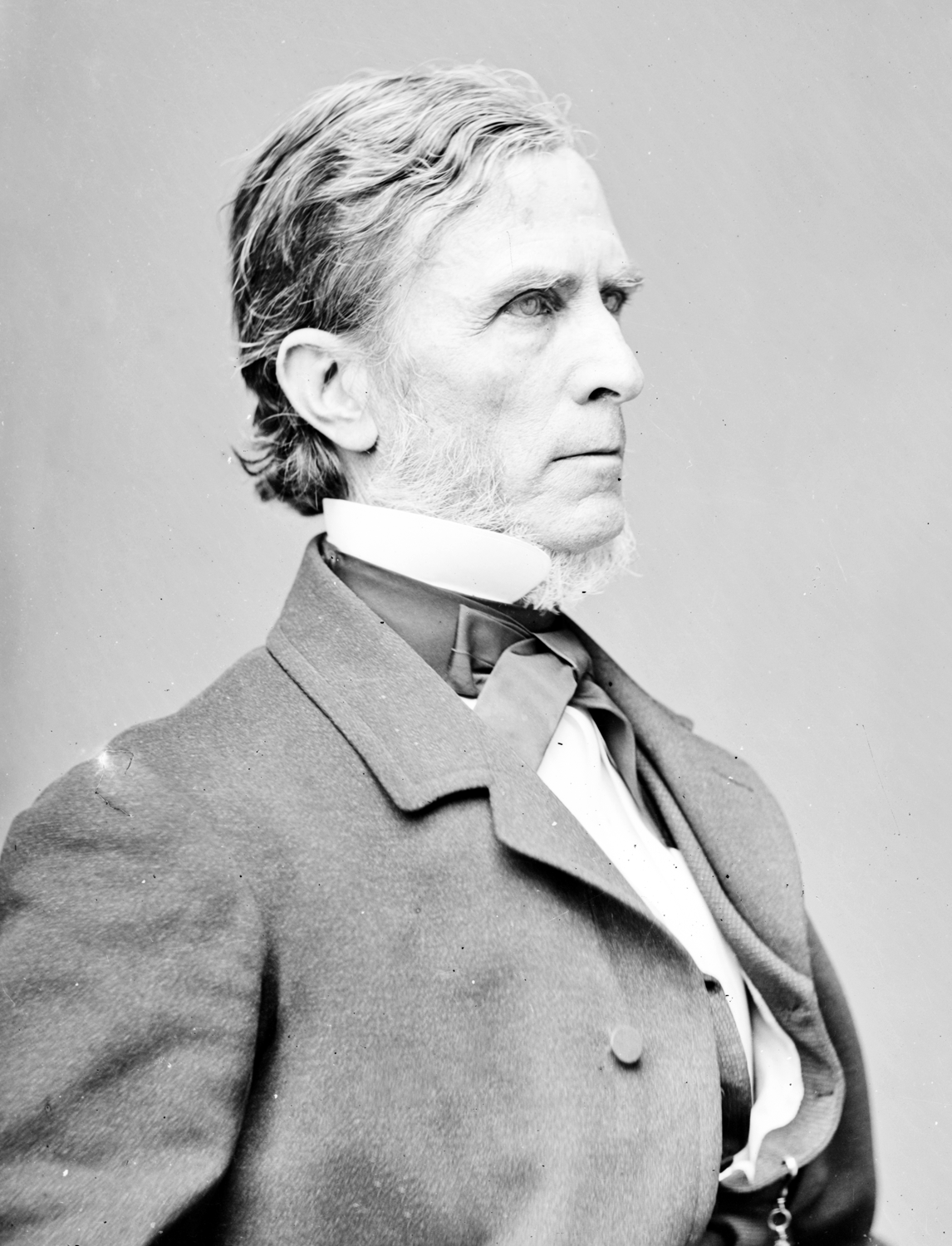 Fessenden was a Whig (later a Republican) and member of the Fessenden political family. He served in the and Senate before becoming Secretary of the Treasury under President during the .

Fessenden was born in . He graduated from and became a lawyer, practicing with his father , who was also a prominent anti-slavery activist. He was a founding member of the in 1827. [cite book |last=Rolde |first=Neal |title=Maine: A Narrative History |year=1990 |publisher=Harpswell Press |location=Gardiner, ME |id=ISBN 0-88448-069-0 |pages=175 ] He served four non-consecutive terms in the , and he was elected for one term in the . He was elected in 1854, with the support of Whigs and Anti-Slavery Democrats, to the U.S. Senate. Upon taking office, he immediately began speaking against the and participated in the organization of the Republican Party, being re-elected to the Senate from that group in 1860.

President appointed Fessenden upon 's resignation. He served from July 5, 1864 until March 3, 1865, when he resigned to take a seat in the Senate again.

From 1865 to 1867, he headed the , which was responsible for overseeing the readmission of states from the former Confederacy into the Union.

During President 's impeachment trial, Fessenden broke party ranks, along with six other Republican senators, and in a courageous act of political suicide, voted for acquittal. These seven Republican senators were disturbed by how the proceedings had been manipulated in order to give a one-sided presentation of the evidence. Senators William P. Fessenden, , , , , [ [http://law.jrank.org/pages/13490/Andrew-Johnson-Trial.html "Andrew Johnson Trial: The Consciences of Seven Republicans Save Johnson".] ] , and of Kansas, who provided the decisive vote [ [http://www.eyewitnesstohistory.com/john.htm "The Trial of Andrew Johnson, 1868".] ] , defied their party and public opinion and voted against conviction. As a result, a 35-19 vote in favor of removing the President from office failed by a single vote of reaching a 2/3rds majority.

Following the close of the Civil War, which he helped finance on the Union side in cooperation with Lincoln, his predecessor and members of the Congress, he was considered a moderate, rather than Radical, Republican.

He died in 1869 and was interred at Evergreen Cemetery in .

Two of his brothers, and , were also Congressmen. He had three sons who served in the : Samuel Fessenden, killed at the , and Brigadier-General and Major-General , the latter of whom wrote a two-volume biography of his father which was published in 1907.