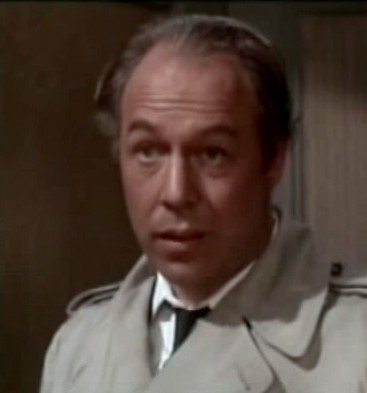 George Harris Kennedy, Jr. (born , ) is an Academy Award-winning American who has appeared in over 200 and productions. He is perhaps most familiar as Dragline in "" and Joe Patroni in the "Airport" series of disaster movies from the 1970s.

Kennedy was born in into a family. His father, George Harris Kennedy, a musician and orchestra leader, died when Kennedy was four years old. [ [http://www.healthyhearing.com/library/interview_content.asp?interview_id=709 "Interview with George Kennedy Actor & Movie Star"] . Healthy Hearing.com. 21 March 2005.] He was raised by his mother, Helen A. (née Kieselbach), a ballet dancer.

Kennedy became a technical advisor for the television series "Sergeant Bilko", where his acting career began with a few one-line parts. Kennedy began his film career in 1961 in "The Little Shepherd of Kingdom Come". He then appeared in several successful films, including 1963's' opposite , , , and , 1964's "," opposite , and 1965's "In Harm's Way," opposite . He also made numerous television appearances, on "", "Perry Mason", "", "", and "". He won an for "" (1967). He followed with films such as "", "" and "." In 1970 he appeared in the Academy-Award-winning film "," in which he played one of the film's lead characters, Joe Patroni. He reprised this role four years later in "" and again in two further sequels. In 1984, he starred opposite in the disaster "Bolero." Kennedy also appeared in the television series "" in 1984, playing the character Erik Larsen. He then appeared in several less successful films including "," "The Delta Force," and "" before appearing in the comedy hit "" in 1988, playing Captain Ed Hocken. The film had two sequels in which Kennedy co-starred.

On television, Kennedy played in the serial "Dallas" (1978-1991), appearing from 1988-1991. In the late 1990s, he promoted tablets in television commercials with the quote "I never go anywhere without my Breathasure." Around this time he reprised his role as Cater McKay in the television films "Dallas: JR Returns" and "Dallas: War of the Ewings." In 1998, he voiced Brick Bazooka for the film "Small Soldiers." He then made several independent films before making a 2003 comeback to television in the "", playing the character Albert Miller. In 2005, he made a cameo appearance in the small film "," where he played the director of an ill-fated Western.

Kennedy received a star on the for his contributions to motion pictures, located at 6352 Hollywood Blvd.

Kennedy resides in . He is married to Joan McCarthy and has a daughter, Shaunna, who has struggled with substance abuse. The couple adopted their granddaughter, Taylor, after her mother's incarceration.