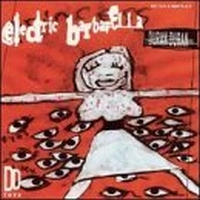 The band's previous single, "", was another track from "Medazzaland", but was released as a single from "The Saint" instead.

"Electric Barbarella" is a direct tribute to the 1968 film "Barbarella", from which the band took their name.

It has been touted as the first song available for digital purchase/download on the Internet, and dozens of different mixes were created from the song. A mix exclusive to the Internet was available for in the US for 99 cents. This pioneering move annoyed many American retailers as they saw it as infringing on their retail territory and they either refused to stock the album or provided little to no promotion of the disc.

The video, directed by photographer , involved a robot sex doll played by American model Myka Dunkle. Simon Le Bon stated during an interview with Carson Dailey on Total Request Live that von Unwerth specifically requested to use Dunkle, despite the fact that the band had other models and friends, including (who does appear in several scenes in the video), in mind due to her background as a dancer, and her ability to "do the mime that would actually make her appear to be a robot." [MTV's Total Request Live Nov. 1997] The video had to be mildly censored before receiving airplay on or ; by the time the modified video was delivered, the song had already fallen off the charts.

The for "Electric Barbarella" was a mix of their previous single, "Out of My Mind".

The cosmetics company Hard Candy was preparing to launch a colour of named "Electric Barbarella" at the same time the single was released, but had to halt it because the proper permissions had not been received from the owners of the Barbarella name.

The song was released on in the United States, and peaked at #52 on the on and one year later reached #23 in UK singles charts .