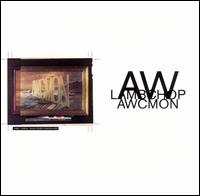 "Aw Cmon" is a 2004 by Lambchop. It was recorded and released at the same time as "", and both were released together as a double album pack as well as individually. Lambchop's record label, , report that the group saw these two releases as separate entities, while not dramatically different in style, serving as a sort of conceptual call and response to one another. [ [http://www.mergerecords.com/catalog.php?method=band&query_band_id=46 Merge Records ] ]

The sleeve is a painting by Wayne White a childhood friend of who also provided cover art for "Thriller", "Nixon", and "" by the band.