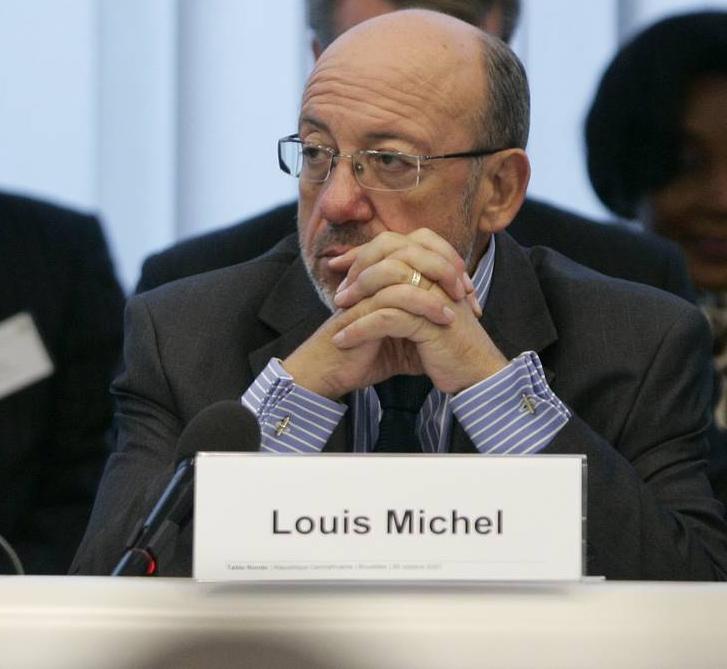 Louis H.O.Ch. Michel (born ) is a Belgian politician, currently serving as er for Development and Humanitarian Aid. A prominent member of the French-speaking liberal , the Mouvement Réformateur, he was Belgium's until July 2004.

From 1968 to 1978, before dedicating his life to his political career, Louis Michel taught English, Dutch and German in the Provincial School of Jodoigne, a rural town 25 miles from .

He was the Belgian and Vice Prime Minister from 1999 to 2004, until in July 2004, the Verhofstadt government appointed Michel as its candidate for the Belgian seat on the European Commission led by , to replace former commissioner . He was nominated on , to become EU commissioner starting in November 2004.

In 1995, he was appointed , an honorific title given to prominent Belgian politicians.

Louis Michel has been interested in the situation and busy with the Congo-Kinshasa dossier since he became Belgian Minister of Foreign Affairs (1999-2004) and European Commissioner in charge of the Development & Humanitarian Aid in the .

Congo had been a Belgian colony between 1908 and 1960. Since then, the relations between Brussels and Kinshasa have been tumultuous: secession of backed by Belgium, murder of the Prime Minister Lumumba by the Belgian secret services, expulsion of the Belgian ambassador in the 60's, banning of the Sabena company to land in Kinshasa, "authentic zaïrian" policy... The father of , had very bad relations with Brussels. Many rumours accuse Louis Michel of having used Joseph Kabila as a puppet since his father was murdered in 2001. Therefore, the media has described in a very suspicious way the good relations between Louis Michel and .

Since 2001, Michel has encouraged the peace process for Congo-Kinshasa that has officially put an end to the by establishing a Transitional government (June 2003 - June 2006). The two main missions of this government were to maintain the peace by integrating all the militias into the unified army and to bring the country to elections on 30th June 2006 having ratified the new constitution by referendum.

In a lecture on January 17, 2008 (entitled Africa-Europe: the indispensable partnership) at the , Michel faced Congolese protestors who accused him of being complicit in Kabila's assassination and installing a puppet government in the Congo today. The meeting was abandoned shortly before its scheduled end as the chair found it impossible to continue with the interruptions.