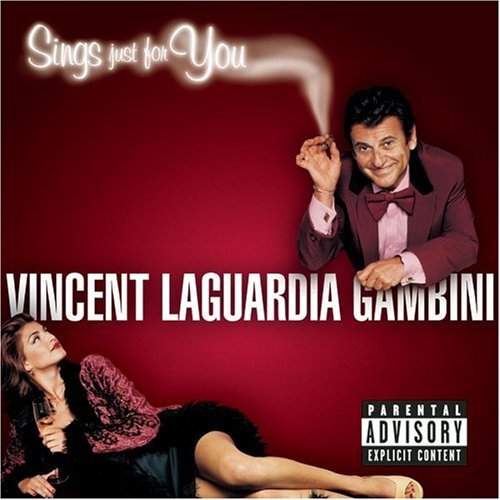 "Vincent LaGuardia Gambini Sings Just For You" is the second from the winning and .

The idea for the album originated from Pesci's character, Vincent LaGuardia Gambini, from his movie . In the movie, Pesci starred as Vinny, an inexperienced who comes to the rescue of his wrongly accused cousin, Billy Gambini, played by .

Before becoming a professional actor, Pesci was a lounge singer. When he announced his retirement from acting in , he pursued a further career in singing. Pesci remained retired until his return to acting in 's film, The Good Shepherd, where he played Joseph Palmi.

The album was released on under the label. It is stamped with a sticker for explicit content. A was produced for the song "Wise Guy", featuring Pesci reciting his lyrics in various mob-themed settings. "Wise Guy" recreates elements from the Blondie song "Rapture" and features a chorus lyrically similar to that of ' "Won't You Be My Neighbor?".