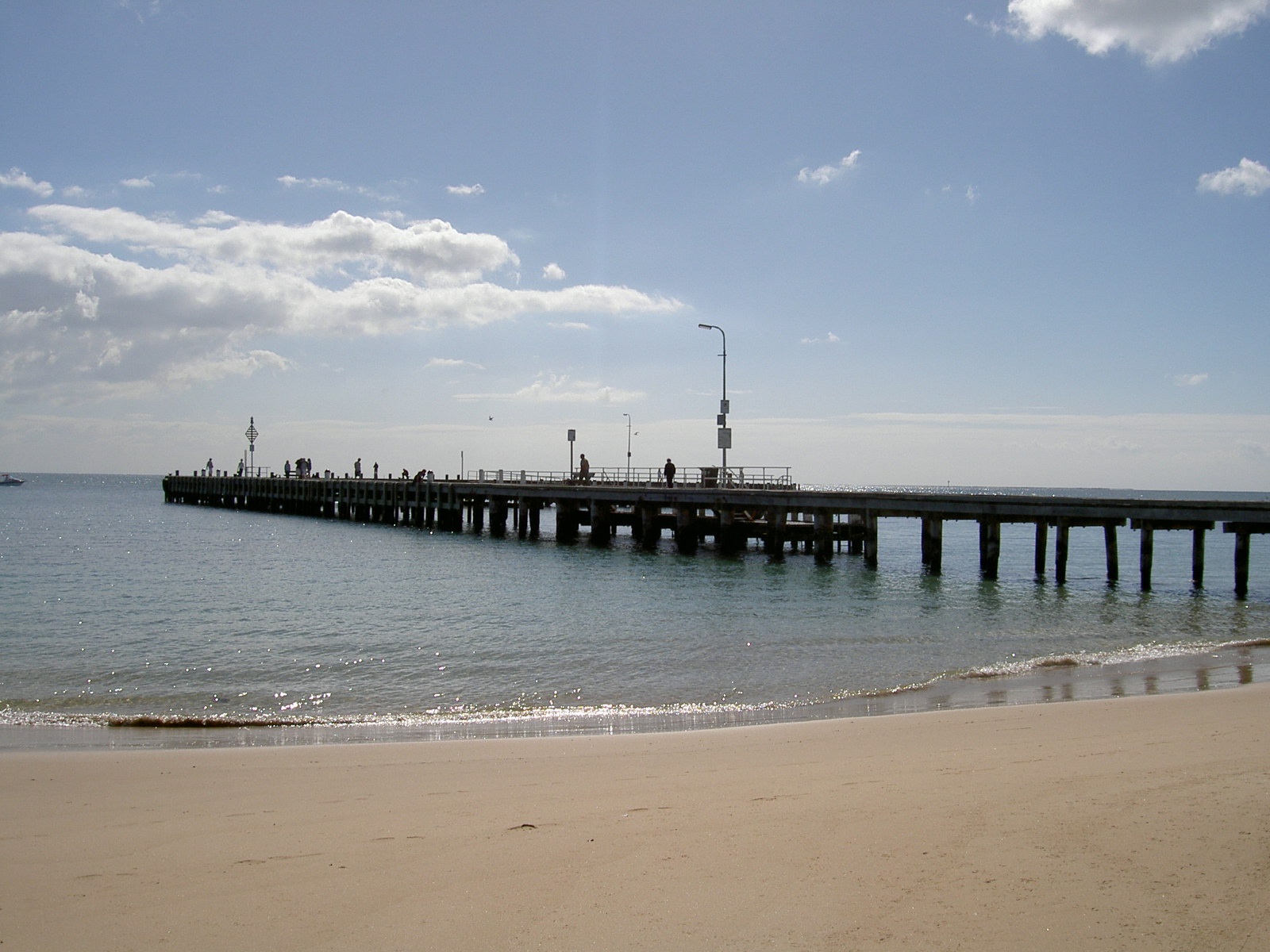 Portsea is a resort town located across from , Victoria, . Its Local Government Area is the .Portsea is a popular holiday spot, located near the end of the between the calm waters of and the wild surf of .

Portsea is considered by many to be the hub of Melbourne's recreational activities. No less than four scuba related shops operate from in its otherwise modest main street. Dive boats travel to sites both inside and outside Port Phillip Heads, also known as .

The Portsea Pier is the home to the spectacular , as well as many other fish species, including numerous . Boating traffic is frequent, and divers should be careful to avoid main boating routes. is a big attraction in Portsea, due to its great surfing conditions and long stretch of sand. patrols the popular surf beach, as patrols are always needed during the summer period given the large waves and strong tides that are often present.

, an army establishment, was located just outside the town. The historic reserve became famous when , a former , disappeared while swimming inside the facility at on and was officially presumed dead two days later, although a formal inquest into his death did not take place until 2005.

According to the 2006 Census Portsea had 654 residents. However, these statistics are somewhat unreliable as most "permanent" residents live in their Portsea holiday home for only 4 days or so of each week to avoid , which in the higher value properties, can reach $300,000 AUD or more, per annum.

Prominent residents include , and Rupert Murdoch's grandson David Calvert Jones with many of their cliff top properties worth well in excess of $15,000,000 AUD.