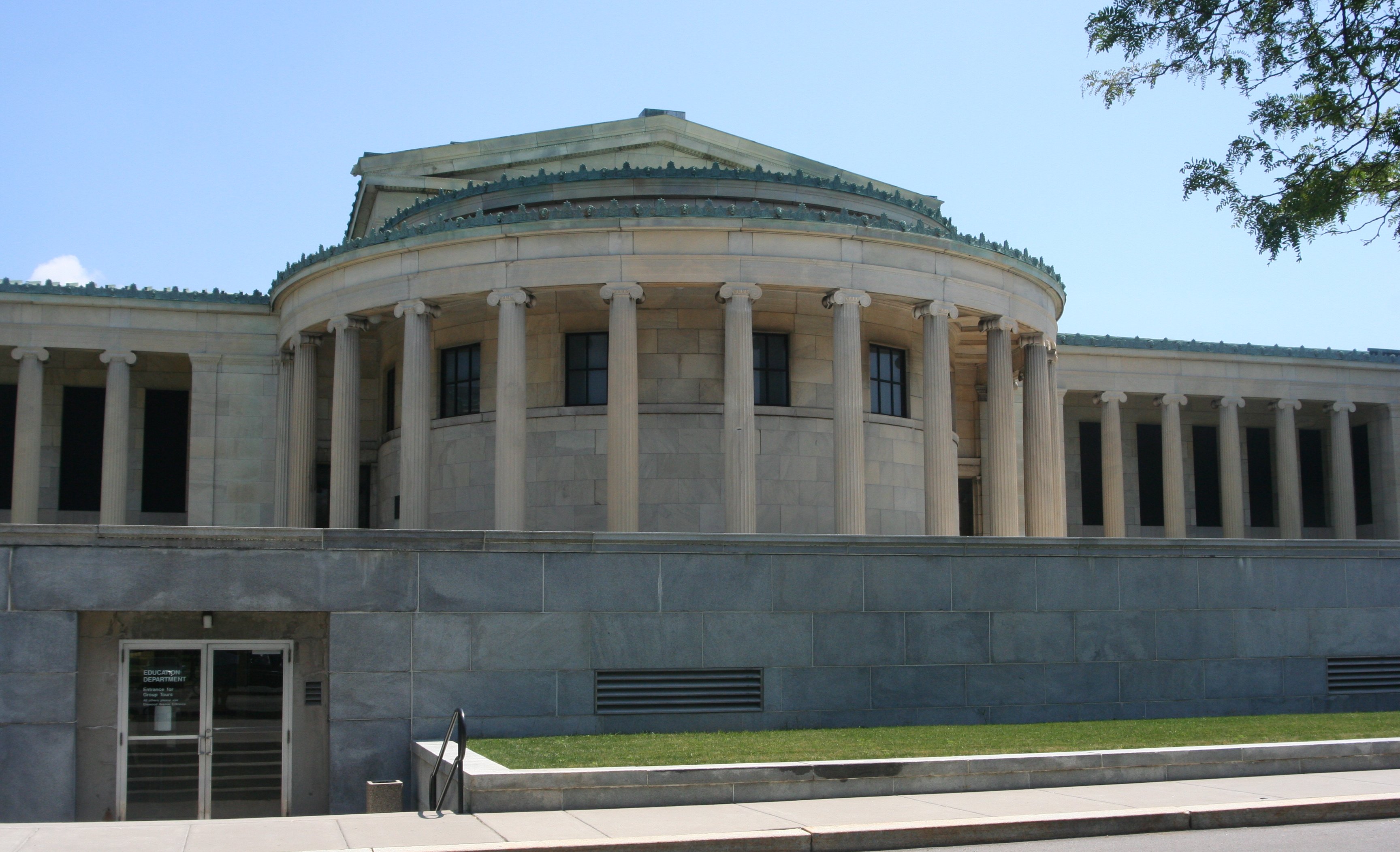 The Albright-Knox Art Gallery is a major showplace for and located in . It is located at 1285 Elmwood Avenue, which is directly across the street from .

The parent organization of the Albright-Knox Art Gallery is The , founded in 1862. It is one of the oldest public arts institutions in the United States. In 1890, Buffalo entrepreneur and philanthropist, , a wealthy Buffalo industrialist, began the construction of the Albright Art Gallery for the Academy. The building was designed by prominent local architect . It was originally intended to be used as the Fine Arts Pavilion for the in 1901, but delays in its construction caused it to remain uncompleted until 1905.

In 1962 a significant new addition was made to the gallery through the contributions of and his family, and many other donors. At this time the museum was renamed the Albright-Knox Art Gallery. The new building was designed by famed architect , who is noted for the in New York City.

The Albright-Knox Art Gallery is listed in the .

The gallery's collection includes several pieces spanning art throughout the centuries. and Post-Impressionistic styles can be found in works by popular French artists of the nineteenth century such as and . Revolutionary styles from the early twentieth century such as , , are represented in works by artists like , , , , , , and . More modern pieces showing styles of , , and art of the 1970s through the end of the century can also be found represented by artists such as , , and . Additionally, the gallery is also very rich in various pieces of American and . ["History of Albright-Knox Art Gallery", http://www.albrightknox.org/GenInfo/history.html, 23 September 2008]

On June 7, 2007, a Roman era bronze sculpture of “Artemis and the Stag” sold at auction house in New York by the brought $28.6 million, [ [http://buffalonews.typepad.com/inside_the_news/2007/06/artemis_fetches.html"Artemis" fetches a staggering sum" "The Buffalo News", 7 June 2007] Accessed 3 September 2008;] the highest price ever paid at auction for an antiquity or a sculpture of any period, according to Sotheby's. It was purchased by the London dealer Giuseppe Eskenazi on behalf of a private European collector. [ [http://findarticles.com/p/articles/mi_m1248/is_8_95/ai_n20511369 "Albright-Know rakes it in", "Art In America", September 2007] .] The event brought national attention to what had been a local question, the mission of the Albright-Knox, which was defined by the Albright-Knox director Louis Grachos in February 2007, at the time the list of works of art to be de-accessioned, as falling outside the institution's historical "core mission" of "acquiring and exhibiting art of the present". The definition made public critics wonder whether the position at the Gallery of "'s "Lady's Last Stake" or ' "Cupid as a Link Boy" were secure; works by , , [http://en.wikipedia.org/wiki/Jacques-Louis_David|David] and were purchased by the museum in earlier decades, [ [http://www.artsjournal.com/culturegrrl/2007/02/mission_creep_albrightknox_bel.html Lee Rosenbaum, "Mission Creep: Albright-Knox Belatedly Releases Its Complete Deaccession List" Arts Journal"] ]