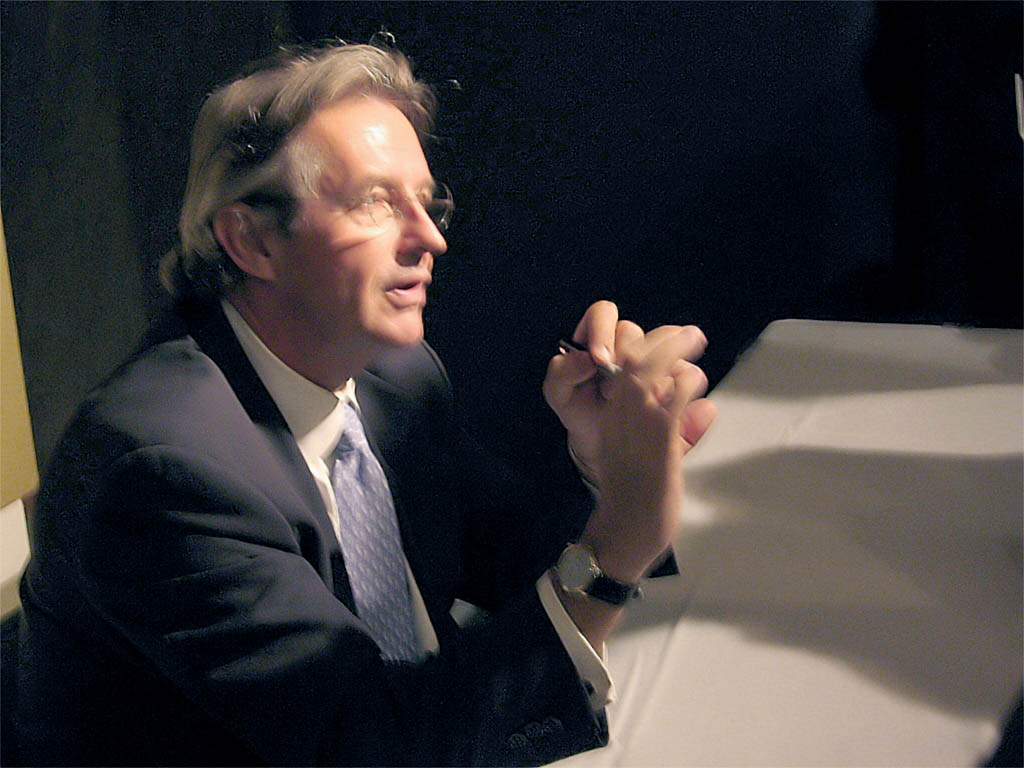 
Joseph Charles Wilson, IV (born , ) is the CEO of his own firm JC Wilson International Ventures, "a consulting firm specializing in and international-business development."

A before retiring in 1998, Wilson was posted to African nations and during the and later served as Special Assistant to U.S. President and as Senior Director for African Affairs on the . Wilson became known to the general public as a result of his op-ed "What I Didn't Find in Africa", published in the "" four months after the . Wilson's op-ed documented his 2002 (CIA) investigation into whether Iraq had purchased or attempted to purchase from . He concluded that the twisted intelligence to "exaggerate the Iraqi threat."

The week after the article's publication, disclosed Wilson's wife's maiden name, "," which was ultimately determined to be her classified covert CIA identity, in his syndicated "" column. Subsequently, former Ambassador Wilson and others alleged that the disclosure was part of the Bush administration's attempts to discredit his report on his trip to Africa and the op-ed describing his findings because they did not support the government's rationale for the . Wilson's allegations led to a federal investigation of the leak by the , to the appointment of a Special Counsel , to the , and to a major American political scandal variously dubbed by the press "", the "", the "", and other terms relating to the public disclosure or "leak" of Mrs. Wilson's then-classified covert CIA identity as "Valerie Plame".

Although no one was "indicted for actually leaking Plame's identity," [http://www.cnn.com/2006/POLITICS/09/08/leak.armitage/index.html] the investigation resulted in a federal criminal trial in which , the former Chief of Staff to , , was tried on five federal felony counts. He was convicted on four of the counts, involving false statements, perjury, and obstruction of justice, none of which related directly to the Plame relevation but rather to his failure to cooperate with the subsequent investigation into the revelation. Libby was sentenced to 30 months in prison and a fine of $250,000. The prison time was commuted by President Bush.

The Wilsons have appealed the dismissal, on jurisdictional grounds, of , their ongoing civil suit brought against Cheney, Libby, , , and other unnamed parties. This case has just been dismissed by a federal appeals court. It is not clear if further appeals will be filed.

Joseph C. Wilson, IV, was born in in 1949 to Joseph Charles Wilson, III, and Phyllis (Finnell) Wilson; he grew up in California and Europe (Wilson, "" 32&ndash;33). [ [http://www.cbsnews.com/stories/2003/10/01/iraq/main576052.shtml "Wilson: From Envoy to Accuser:] Profile of the Diplomat at the Center of the CIA Leak Dispute", "", , , "Special Report: Iraq After Saddam", accessed , .] He was raised in a "proud Republican family" in which "there [was] a long tradition of politics and service to the farm" and for which " [p] olitics was a staple around the table" (Wilson, "" 31). His mother's uncle, James "Sunny Jim" Rolph, was mayor of , from 1912 to 1931 and served as California's governor until his 1934 death in office ("" 31). Wilson's mother's brothers jokingly referred to noted conservative was "a bit liberal" (31). Military service was also a strong part of his family history. Both of Wilson's grandfathers served in the two world wars, his paternal grandfather receiving both the British Distinguished Flying Cross and the for his service in World War I (32). Wilson's father Joe was a Marine pilot in World War II and narrowly escaped death by taking off immediately before the bombing of the aircraft carrier "Franklin", in which 700 other American servicemen died (31).

In 1968, Wilson matriculated at the , majoring, he once joked, in "history, volleyball, and surfing" and maintaining a "C" average ("" 32). He worked as a carpenter for five years after his 1971 graduation.

Wilson's first marriage was to his college sweetheart Susan Otchis in 1974 ("" 33). In 1979, the couple had a set of twins, Sabrina Cecile and Joseph Charles. The marriage ended in an amicable divorce in 1986, toward the end of his service in . Wilson married his second wife Jacqueline, a Frenchwoman raised in Africa, in 1986 (68&ndash;69). Though Wilson and Jacqueline began to live separate lives in the 1990s, they did not divorce until 1998 because Wilson "was never in one place long enough to complete the process" (242). Wilson had met in 1997, while working for President ; they married in 1998, after Wilson's divorce from Jacqueline (242). Wilson lives in , with his wife and their two children, twins Trevor Rolph and Samantha Finnell Diana, born in 2000.

Diplomatic postings and government positions:
Having become fluent in French as a teenager, Wilson entered the in 1976, where he would be employed until 1988.