Montrose is a suburb in Melbourne, Victoria, Australia, 33 km east from Melbourne's central business district. Its Local Government Area is the Shire of Yarra Ranges. At the 2006 Census, Montrose had a population of 6464.

Montrose is situated at the picturesque foothills of Mount Dandenong. Close to the Yarra Ranges, the Dandenong Ranges and the wineries of the Yarra Valley, it is a gateway to many tourist destinations, offering a variety of Bed and Breakfast venues for visitors.

Local sporting clubs, churches, schools and small shops surround the town centre, which hosts a weekend market. The Montrose Market is held each third Saturday of the month, except in January.[2]

The Montrose Recreation Reserve is home to the:

Montrose is home to one of the largest soccer clubs in the Bayside League. Based at Keith Hume Fraser Reserve, in 2011 the club has over 100 senior playing members, both women and men, as well as over 100 junior members and is continuing to grow. http://www.montrosesoccer.com

The suburb has an Australian Rules football team, The Montrose Demons, competing in the Eastern Football League

Montrose also has a cricket club, The Montrose Wolves, competing in the R.D.C.A [4]

The closest train station is in Mooroolbark, approximately 5.7 km [5] which is on the Lilydale railway line

In addition, Telebus services, where passengers can request to be picked up or dropped off from home, also operate in the area. 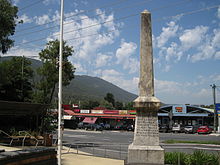 -Kevin Heinze was a pioneering presenter of gardening on television in Australia. He hosted a gardening program for ABC Television entitled 'Sow What', which was mostly shot on location at his one hectare home garden in Montrose, from 1967 to 1988. Heinze died on 1 September 2008, aged 80. His garden was donated to the local shire council to enable the public to visit in the future. Now named "The People's Garden"