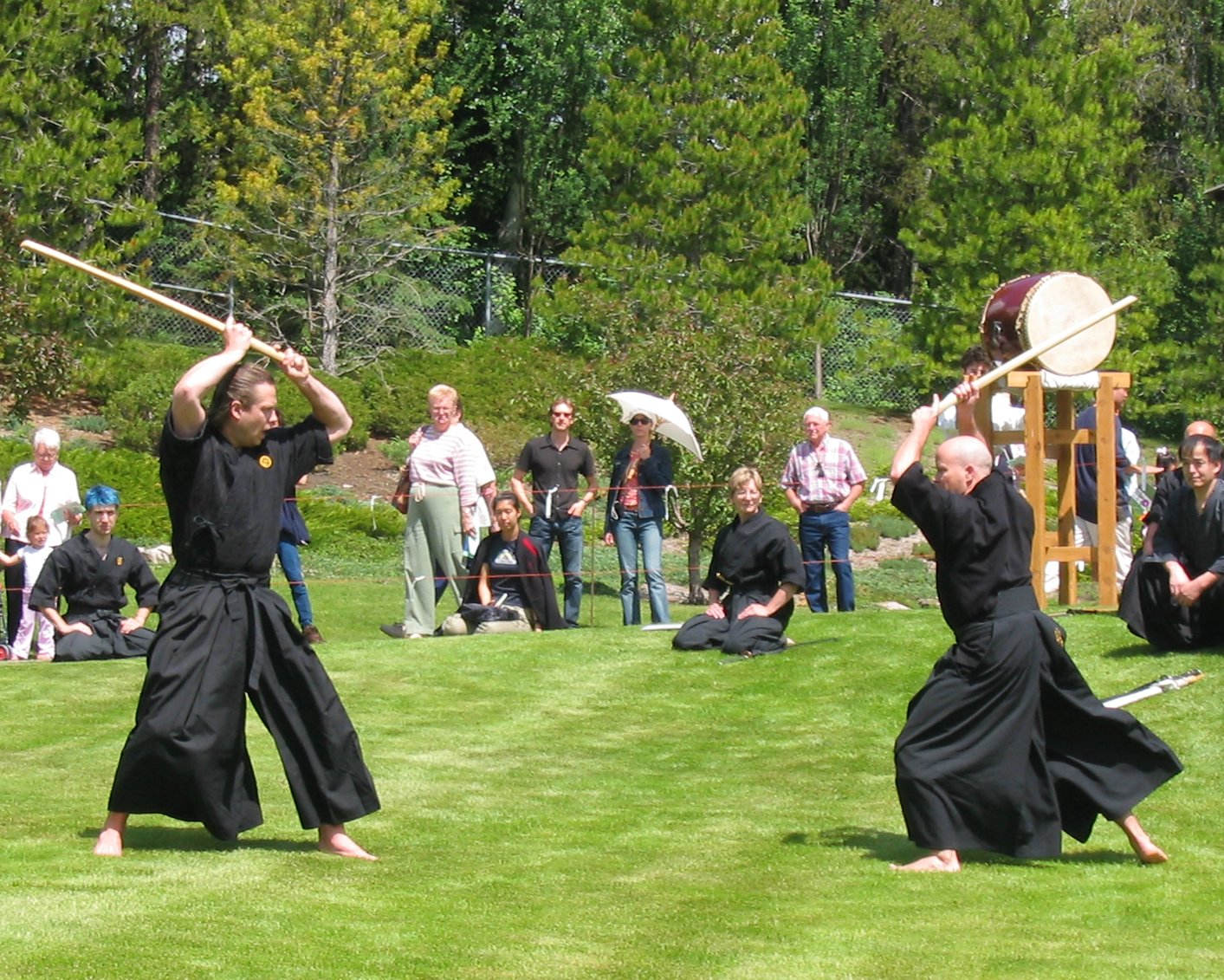 Nihongo|Kenjutsu|剣術 is the specializing in the use of the Japanese ().

Generally, kenjutsu takes the form of partnered practice exercised through "" (pre-arranged forms, as opposed to competition, solo, or freestyle practice). A practitioner of kenjutsu is called a kenjutsuka.

Kenjutsu is the core means by which "" train their students to employ the Japanese swords against a variety of classical weapons, while indoctrinating the student in the combative mindset of the school. Therefore, kenjutsu can be seen as an integral aspect of all classical Japanese sword school curricula.

Today most "koryū" schools continue to employ kenjutsu as part of their curriculum. Some are even thriving on a relatively small scale. Schools (or "") such as , Katori Shinto-ryū, , Kashima Shin-ryū, , Hyoho Niten Ichi-ryū are some of the more famous still existing. Some of these schools trace their lineage to the early years of the Tokugawa . Many other schools can legitimately trace their history from the founder dating back to the 14th century, such as (founded: 1368) or Tatsumi-ryū (founded: Eishō era 1504-1521) or Kashima Shin-ryū (founded: ca. 1450).

Confusion with other practices

Kenjutsu should not be confused with "" or "". Iaidō is a modern development with sporting, artistic, and meditative features. The role of "iaijutsu" is as a practice performed against an opponent who is visualized most often to be armed with a sword. There is often strong biomechanical symbiosis between the "iaijutsu" and kenjutsu of most schools. "Iaijutsu" allows the practitioner to perfect the execution of techniques, body position and displacement which he will later employ in his kenjutsu without the stresses of a partnered "kata". "Iaijutsu" therefore remains a distinct and yet a complementary practice to kenjutsu in most schools.

Another general distinction between "iaijutsu" and kenjutsu is the condition of the sword at the start of the "kata". In "iaijutsu", the sword starts in the sheathed position with the emphasis on the draw as well as the few initial cuts. Traditionally, "koryū" focus on shifting smoothly in the pace of execution within the "iaijutsu" "kata" with little focus is given to the speed of draw. This is contrasted with kenjutsu, where the sword begins unsheathed, and the emphasis is on both attack and defense. This distinction is however not consistent as some kenjutsu "kata" start with the sword sheathed.

The equipment employed in kenjutsu has changed little within the last five hundred years. One of the more common training tools is the "" (wooden sword). For various reasons, many schools make use of very specifically designed "bokken", altering its shape, weight and length according to the style's specifications. For example, "bokken" used within Yagyū Shinkage-ryū are relatively thin and without a handguard in order to match the school's characteristic approach to combat. Alternatively, Kashima Shin-ryū practitioners utilize a thicker than average "bokken" with no curvature and with a rather large handguard. This of course lends itself well to Kashima Shin-ryū's distinct principles of combat.

Some schools employ a "fukuro" "" (a bamboo sword covered with leather or cloth) under circumstances where the junior student lacks the ability to safely control a "bokken" at full speed or as a general safety precaution. It should be noted that the practice of using a bamboo sword was not adopted from . In fact, the "fukuro shinai" dates as far back as the 15th century.