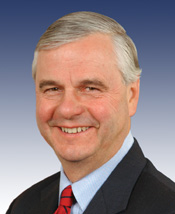 Education and career prior to Congress

Bradley was born in to Joanne and Joseph Edmund Bradley, Jr. [ [http://freepages.genealogy.rootsweb.com/~battle/reps/bradley.htm bradley ] ] He attended , graduating in 1974 with a

Bradley was elected to the Wolfeboro Planning Board in 1986; three years later, he was named to the Budget Committee. He was a registered Democrat until that year, when he switched to the Republican party.

Bradley won a seat in the New Hampshire House in November 1990 and was re-elected five times. In the legislature, he sponsored the Clean Power Act, which set limits on power plant emissions. He was chairman of the Science, Technology and Energy Committee, as well as the Joint Committee on Ethics.

Bradley was first elected to Congress in 2002, winning the Republican nomination in a field of eight candidates,for the seat left vacant when Republican incumbent ran for the Senate. He defeated Democrat Martha Fuller Clark in the general election, winning with 58% of the vote. In 2004, Bradley defeated political newcomer Justin Nadeau of Portsmouth to win a second term, receiving 67% of the vote. [ [http://www.washingtonpost.com/wp-srv/elections/2004/nh/ New Hampshire election results 2004] , "The Washington Post", November 24, 2004] Bradley outspent Nadeau 3 to 1. [Kevin Landrigan, [http://www.nashuatelegraph.com/apps/pbcs.dll/article?AID=/20060827/COLUMNISTS12/108270080/-1/opinion "Following the money in N.H. races"] , "Nashua Telegraph", August 27, 2006]

Bradley's chief of staff, Debra J. Vanderbeek, ran his 2004 campaign. Tom Anfinson, the financial administrator in Bradley’s government office, said that Vanderbeek was paid 100 percent of her salary until the end of May 2004, 80 percent between June and September, and 50 percent between October and early November. Bradley’s re-election committee paid her $13,561 in salary for the campaign, which she failed to report as outside income to the Clerk of the House, plus $3,317 in reimbursements for un-itemized campaign expenses. [Joshua Zeitz, [http://www.motherjones.com/news/update/2006/10/Vanderbeek.html "The Long Shadow of a Sex Scandal"] , "Mother Jones", October 16, 2006]

In that 2004 campaign, two of his children, Sebastian and Noel, were paid a total of almost $27,000 in salary and expenses. Both were recent high school graduates; their jobs were described as "field coordinators".

Members of the media, colleagues and opponents described Bradley as a moderate in the Republican Party when he was elected in 2002. [ [http://www.seacoastonline.com/2002news/08302002/opinion/21719.htm Portsmouth Herald editorial] , August 30, 2002] [ [http://www.nhpr.org/node/4103 Dante Scala, as quoted by New Hampshire Public Radio] , November 11, 2002] However, others point to areas and positions that might complicate this label. He supported the war in , Medicare Part D the prescription drug subsidy, reauthorization of the USA Patriot Act, overseas abortion legislation, $5 billion dollar subsidy for the Chinese nuclear program, yet opposed President Bush's energy bill. He has cosponsored bills to loosen regulations on embryonic stem cell research. Fact|date=February 2007

In 2004, Bradley said he opposed gay marriage, but was not sure he'd support amending the U.S. Constitution to bar it. [ [http://www.hrc.org/Template.cfm?Section=Home&CONTENTID=16088&TEMPLATE=/ContentManagement/ContentDisplay.cfm "NH Criticizes Gay Marriage Ruling] , "Union Leader", February 5, 2004] Despite this, Bradley voted in favor of the 2006 "Same Sex Marriage Resolution", [ [http://www.vote-smart.org/voting_category.php?can_id=BS023007&type=category&category=Social%2BIssues&go.x=5&go.y=7 Project Vote Smart] ] which would have amended the Constitutional requiring that marriage "shall consist only of the union of a man and a woman." [ [http://thomas.loc.gov/cgi-bin/query/z?c109:h.j.res.88: Library of Congress] , H. J. RES. 88 ]

Bradley, who has visited Iraq three times, has been a supporter of the Iraq War. [ [http://www.cmonitor.com/apps/pbcs.dll/article?AID=/20060820/REPOSITORY/608200331/1027/OPINION01 "Backing Bush should be a liability at the polls"] , "Concord Monitor", August 20, 2006] In January 2006 he said "It is not possible to predict exactly when stability in Iraq will occur, but the progress is significant." [" [http://www.unionleader.com/article.aspx?headline=Rep.+Jeb+Bradley%3a+Despite+difficulties%2c+we+are+making+steady+progress+in+Iraq&articleId=a8cb2dcd-b1cc-45fc-a3a3-472b3f2f020d Rep. Jeb Bradley: Despite difficulties, we are making steady progress in Iraq"] , "Union Leader", January 31, 2006] In June 2006 he said that he did not support a specific timetable for withdrawing American troops from the country, but that he saw signs of progress that the United States would be able to leave "sooner rather than later". [Emily Aronson, [http://www.seacoastonline.com/news/06132006/news/107505.htm "U.S. Rep Jeb Bradley seeks third term"] , "Portsmounth Herald", June 13, 2006] In August 2006 he said that Iraq needed a stable government and more security forces before the United States could set a withdrawal date.

Jeb Bradley's support for the war in Iraq is believed to have contributed to his loss in , a state where Democrats swept the state legislature and both U.S. House seats.

Bradley sought a third term in 2006. He defeated Michael Callis in the Republican primary on September 12, 2006, winning 87% of the vote. [ [http://www.sos.nh.gov/stateprimary2006/rcongress1.htm Results, State Primary, September 12, 2006] , State of New Hampshire, Elections Division] Bradley faced Democrat and Libertarian party candidate Dan Belforti in the November 2006 general election. In what was considered an upset, Bradley lost his bid for re-election to Shea-Porter.

In January 2007 Bradley announced his intention to reclaim his former seat. He said he'd made up his mind a few days after his loss. [http://www.boston.com/news/local/new_hampshire/articles/2007/01/28/bradley_to_run_for_his_congressional_seat_again/]

Bradley currently resides in . He and his wife Barbara have four children: Jan, Ramona, Urs and Sebastian. An avid hiker, Bradley has ascended all of New Hampshire's 48 4,000-foot peaks and is a member of the Appalachian Mountain Club's Four Thousand Footer Club.

Bradley has a portfolio of stocks and bonds worth over $5 million. In October 2006 he said putting his personal investments in a blind trust may be a "good idea", and that he was going to look into that option.