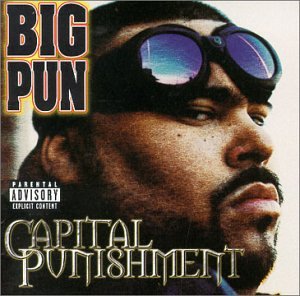 "Capital Punishment" is the Grammy Nominated debut album by rapper , recorded in 1998.

It is widely regarded by fans and critics alike as his finest work, and it was his only album released while he was living — he died due to a heart attack before the release of "". Thanks to the hit single "Still Not a Player," produced by , a remix of Pun's previous single "I'm Not a Player" featuring R&B singer Joe in an interpolation of his own song, "I Don't Wanna Be a Player," "Capital Punishment" debuted at #5 on the charts and became the first album by a solo Latino rap artist to reach the platinum sales mark. To date the album has sold 2 million copies. The album was nominated for the , but lost the award to Jay-Z's "". Capital Punishment is an has topics emcompassing battle raps on "Beware", "The Dream Shatterer", and "Super Lyrical", fantasies with women on "Still Not a Player" and "I'm Not a Player", relationships on "Punish Me", storytelling in "Fast Money" and mafioso lifestyles on "Glamour Life". The album also boasts the street classics "You Ain't a Killer" and "Twinz".