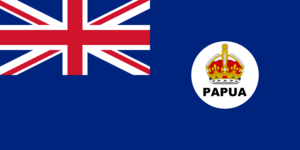 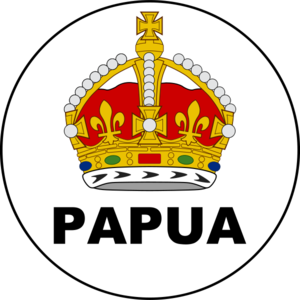 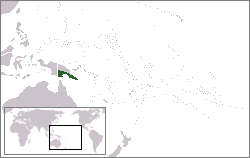 The Territory of Papua was a "de facto" n possession comprising the southeastern quarter of the island of , existing from roughly 1902 to 1949. It had previously been administered from London as British New Guinea and remained a de jure British possession Fact|date=August 2007 until 1975 when Papua New Guinea was granted independence by Australia. The territory now forms the southern part of , and makes up roughly half of that country.

On , after the Australian colonies had promised financial support, the territory became a British .

On , it was annexed, together with some adjacent islands, by Britain as British New Guinea.

The northern part of modern Papua New Guinea, then known as "" and part of the of , had been under German commercial control since 1884 and passed to direct rule by the German government in 1899.

In 1902, Papua was effectively transferred to the authority of the new British of . With the passage of the Papua Act of 1905, the area was officially renamed the Territory of Papua, and Australian administration became formal in 1906 although Papua remained a "de jure" British possession until the independence of Papua New Guinea in 1975, an anomaly which has continuing minor legal significance with respect to certain statutes which have force in the former Papua but not the former Australian New Guinea.

Shortly after the start of the , the island of New Guinea was invaded by the ese. Papua was the least affected region. Most of , at that time known as , was occupied, as were large parts of the Territory of New Guinea (the former German New Guinea, which was also under Australian rule after ), but Papua was protected to a large extent by its southern location and the near-impassable to the north. Civil administration was suspended during the war and both territories (Papua and New Guinea) were placed under for the duration.