Ferny Creek is a in , Victoria, . It is in the Local Government Area of the .

The suburb is built around and to the south of Dunns Hill (height 561m) with most of Ferny Creek lying between 400 and 500 metres above sea level. It is named for the stream running through it, Ferny Creek. The suburb is largely surrounded by conservation zones and national parks with the Dandenongs Ranges national park on its northern and west sides, the Upwey habit corridor to the south and Sherbrooke forest to the east.

Originally settled in the late nineteenth century by farmers and prominent Melbourne figures who built weekend cottages, Ferny Creek is well known for its established European gardens, and beautiful range of native fauna and flora. The Post Office opened around August 1904 as One Tree Hill and was renamed Ferny Creek around August 1904.

As a result of its elevation Ferny Creek is one of the coldest and wettest suburbs in with a mean annual rainfall ranging from 1300mm to 1450mm. The cool wet climate results in local pockets of wet temperate rainforest in a number of the deeper gullies (bordering Sherbrooke, Mast Gully and Ferny creeks), and extensive wet and dry Sclerophyll [http://en.wikipedia.org/wiki/Sclerophyll] . The local flora is comprehensively described in the book Sherbrooke Forest - its flora and history by the Friends of Sherbrooke Forest [http://home.vicnet.net.au/~donvrac/] .

A number of conservation groups are active in the local area including the Friends of Ferny Creek and Friends of Sherbrooke Forest [http://home.vicnet.net.au/~donvrac/] . The greatest threat to the local flora and fauna is introduced plant pests.

As a result of its elevation snow typically falls one or two times a year, mostly between the months of June and October. A rare summer snow occurred on Christmas day 2006 [http://commons.wikimedia.org/wiki/ 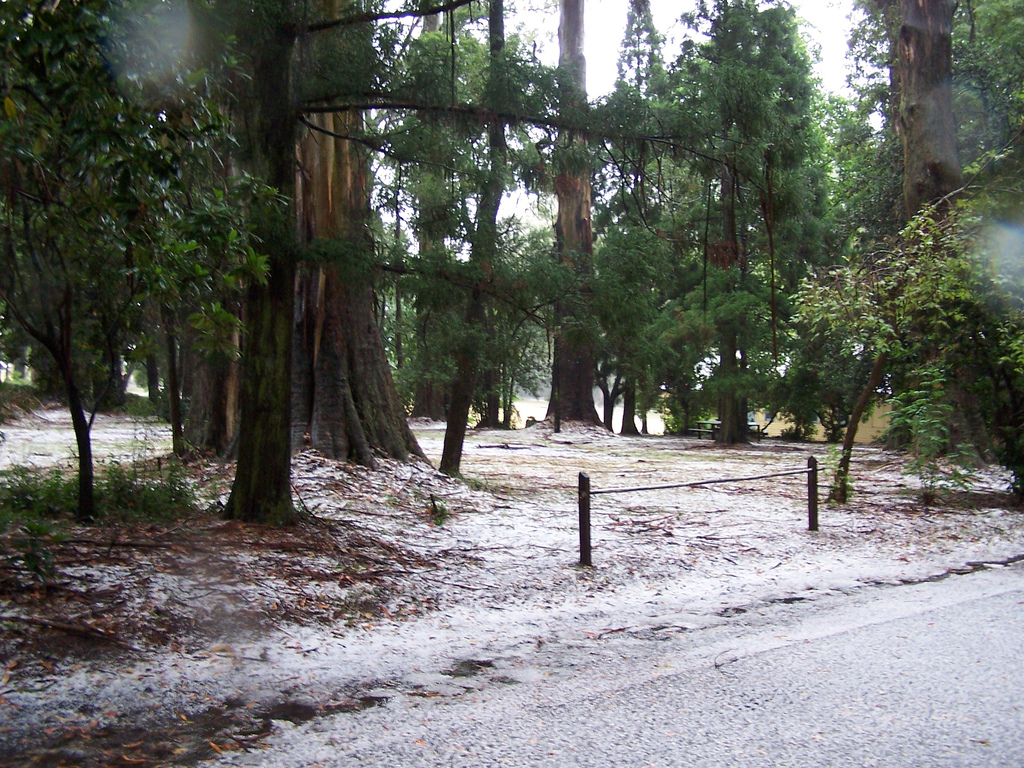 Ferny Creek was among the suburbs burned in the Dandenong Ranges fire of , and has been involved in numerous bushfires throughout settlement.

Ferny Creek is home to a popular attraction known as "The Thousand Steps" - a bushwalking track built by Australian Army Engineers that runs through the Ferntree Gully National Park and provides a fitness challenge to those who attempt it. The steps begin at the bottom of the hill in Upper Ferntree Gully and the top of the steps being located at Ferny Creek. The track is a minute representation of the ordeals suffered by the Australian Army in Kokoda during World War Two.

The community of Ferny Creek is close and resilient, as proved in its recovery from the fires that destroyed nearly 40 local homes and killed three local residents (Genevieve Erin, Graham and Jenny Lindroth). The fires were deliberately lit in bushland below the settlement on Tuesday 21 January 1997, and in the extreme conditions of that day, raced up the steep slopes and were burning gardens and property before most residents were even aware of a problem. After the bushfires the small community rallied together for a fundraising event held at the local Ferny Creek Reserve and Tennis Club. Money was raised for families who lost their houses and personal items in the devastation.

Since that time, residents have focused their efforts on making responsible choices when considering their fire safety plans and in addition to having a significantly higher than average membership rate of CFA's Community Fire Guard program, and a pro-active approach to keeping properties prepared, the Ferny Creek Bushfire Alert System was installed to provide a siren signal to alert residents to the possibility of a threat to their safety. Residents are educated to respond appropriately to the siren by simply seeking further information via another source (radio, internet, phone tree, scanner, television, personal investigation etc). It is not a signal to evacuate. The Alert System is a unique co-operative project between residents, Shire of Yarra Ranges, CFA, Victoria Police, Dept of Justice and Parks Victoria.

Together with its neighbouring township Olinda Ferny Creek has an football team (Olinda-Ferny Creek) competing in the .