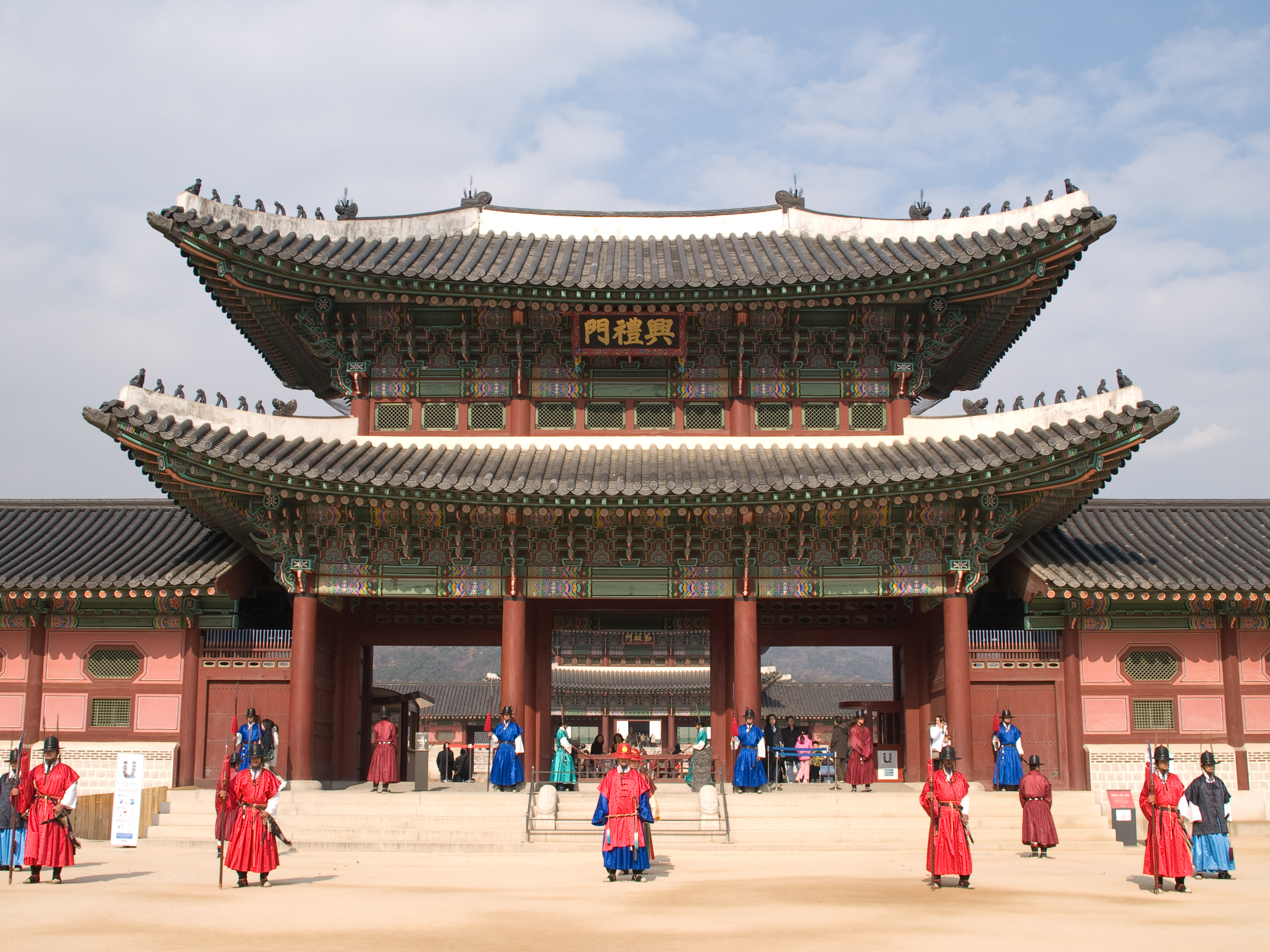 Gyeongbok Palace (경복궁, "Gyeongbokgung") is a palace located in northern , . It was the main and largest palace of the and one of the "" built by the .

During the regency of in 1867, the buildings were reconstructed and formed a massive 330-building complex with 5,792 rooms. Standing on 4,414,000 square feet (410,000 square meters) of land, it was a symbol of majesty for the Korean people and the home of the royal family. In 1895, after the assassination of by Japanese agents, her husband, Emperor Gojong left the palace and the imperial family would never return.

In 1911, the government of demolished all but 10 buildings during the period of Japanese occupation, constructing the Japanese General Government Building for the in front of the throne hall.

Today the palace is open to the public, and houses the . The was there too, until it was relocated to in 2005.

Archaeological work has brought 330 building foundations to light. The main gate to the palace, called , is now being restored to its original state, to be completed in 2009.

The back garden of the palace used to contain the main part of the Governor-General's residence during the Japanese era. With the establishment of the Republic of Korea in 1948, President used it as his office and residence. In 1993, after President 's civilian administration was launched, the Japanese governor-general's residence in the Cheong Wa Dae compound was dismantled to remove a major symbol of the Japanese colonial occupation.