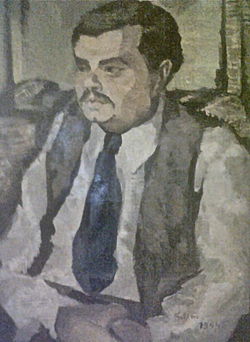 Çelebi was born in Istanbul, Ottoman Empire in 1907, as the son of Mehmet Sait Halet Bey. He studied at Galatasaray High School and worked at Osmanlı Bankası and the state marine lines agency (Turkish: Devlet Deniz Yolları İşletmesi). In his youth he was influenced by Ottoman court literature. From 1937 onwards, he used free form and adapted styles and techniques from Western poetry. His poems contain themes that harken to cultural ties to Persia and India.