Museum of Science and Industry (Chicago)

Museum of Science and Industry (Chicago)

The Museum of Science and Industry (MSI) is located in Chicago, Illinois, USA in Jackson Park, in the Hyde Park neighborhood adjacent to Lake Michigan. It is housed in the former Palace of Fine Arts from the 1893 World's Columbian Exposition. Initially endowed by Sears, Roebuck and Company president and philanthropist Julius Rosenwald, it first opened in 1933 during the Century of Progress Exposition. It is also the largest science museum in the western hemisphere.

Among its diverse and expansive exhibits, the Museum features a working coal mine, a German submarine (U-505) captured during World War II, a 3,500-square-foot (330 m2) model railroad, the first diesel-powered streamlined stainless-steel passenger train (Pioneer Zephyr), and the Apollo 8 spacecraft which flew the first humans to the Moon.

Based on 2009 attendance, the Museum of Science and Industry was the third largest cultural attraction in Chicago.[1] David R. Mosena has been President and CEO of the Museum since 1998.[citation needed]

The Palace of Fine Arts (also known as the Fine Arts Building) at the 1893 World's Columbian Exposition was designed by Charles B. Atwood. Unlike the other "White City" buildings, it was constructed with a brick substructure under its plaster facade. After the World's Fair, it initially housed the Columbian Museum, which evolved into the Field Museum of Natural History. When a new Field Museum building opened near downtown Chicago in 1920, the museum organization moved and the former site was left vacant.

Art Institute of Chicago professor Lorado Taft led a public campaign to restore the building and turn it into another art museum, one devoted to sculpture. The South Park Commissioners (now part of the Chicago Park District) won approval in a referendum to sell $5 million in bonds to pay for restoration costs, hoping to turn the building into a sculpture museum, a technical trade school, and other things. However, after a few years, the building was selected as the site for a new science museum.

At this time, the Commercial Club of Chicago was interested in establishing a science museum in Chicago. Sears, Roebuck and Company president and philanthropist Julius Rosenwald energized his fellow club members by pledging to pay $3 million towards the cost of converting the Palace of Fine Arts (Rosenwald eventually contributed more than $5 million to the project). During its conversion into the MSI, the building's exterior was re-cast in limestone, retaining its 1893 Beaux Arts look, while the interior was replaced with a new one in Art Moderne style designed by Alfred P. Shaw.

Rosenwald established the museum organization in 1926 and insisted that his name not appear on the building, but nonetheless, for the first few years of the museum's existence, it was known as the Rosenwald Industrial Museum. In 1928, the name of the museum was changed to the Museum of Science and Industry. Rosenwald's vision was to create an interactive museum in the style of the Deutsches Museum in Munich, a museum he visited in 1911 when he was in Germany on vacation with his family. 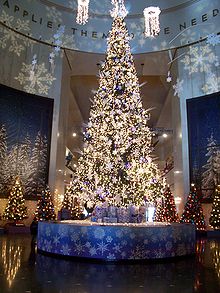 The Museum's Christmas Around the World exhibit

The museum conducted a nationwide search to find its first director. In the end, MSI's Board of Directors selected Waldemar Kaempffert because he shared Julius Rosenwald's vision. Kaempffert was the science editor for The New York Times. He assembled the museum's first curatorial staff and began organizing and constructing the exhibits. In order to design and prepare the museum, Kaempffert and his staff visited the Deutsches Museum in Munich, the Science Museum in Kensington, and the Technical Museum in Vienna, all of which served as models for the MSI. Kaempffert was also instrumental in developing close ties with the science departments of the University of Chicago which supplied much of the scholarship for the exhibits. Kaempffert resigned in early 1931 amid growing disputes with the second president of the board of directors over the objectivity and neutrality of the exhibits and his management of the staff.

For years visitors entered the museum through its original main entrance. However, it proved too small to handle a large number of people. The new main entrance is a structure detached from the main museum building, through which visitors descend into an underground area then re-ascend into the main building, in a way similar to the Louvre Pyramid. 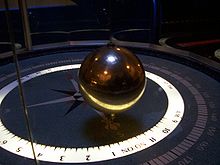 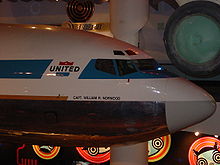 The Museum has over 2,000 exhibits, displayed in 75 major halls. The Museum has several major permanent exhibits. The Coal Mine re-creates a working deep shaft bituminous coal mine inside the Museum's Central Pavilion using original equipment from Old Ben #17 circa 1933. Since 1954, the Museum has had the U-505 Submarine, one of just two German submarines captured during World War II, and the only captured one now on display in the Western Hemisphere. In 2004, the Museum opened a pit in the front lawn in front of the East Pavilion that would later become the subterranean McCormick Tribune Foundation Exhibition Hall, brought the U-505 out from behind the East Pavilion, and lowered the U-505 inside, opening The New U-505 Experience on June 5, 2005. Take Flight recreates a San Francisco to Chicago flight using a real Boeing 727 jet plane donated by United Airlines. Silent film star and stock market investor Colleen Moore's Fairy Castle is on display, as is The Great Train Story, a 3,500-square-foot (330 m2) model railroad that explains the story of transportation from Seattle to Chicago. The Transportation Zone includes exhibits on air and land transportation, including the 999 Empire State Express steam locomotive, the first vehicle ever to exceed 100 mph. The Transportation Zone also features two World War II warplanes donated by the British government, a Ju 87 R-2/Trop. Stuka divebomber — one of only two intact Stukas left in the world — and a Supermarine Spitfire. The first diesel-powered streamlined stainless-steel train, the Pioneer Zephyr, is on permanent display in the Great Hall, renamed the Entry Hall in 2008, and a free tour goes through it every 10–20 minutes. Several U.S. Navy warship models are on display. There is a flight simulator for the new F-35 Lightning II. 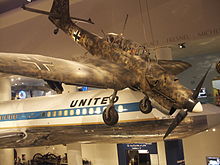 In keeping with Rosenwald's vision, many of the exhibits are interactive, ranging from Genetics: Decoding Life, which looks at how genetics affect human and animal development, to ToyMaker 3000, a working assembly line that lets visitors order a toy top and watch as it is made. There is also an interactive Fab Lab MSI, which is intended to be an interactive lab where members can "build anything".

In March 2010, the museum opened Science Storms in the Allstate Court. This multilevel exhibit features a 40-foot (12 m) water vapor tornado, tsunami tank, Tesla coil, heliostat system, and an authentic Wimshurst machine built by James Wimshurst in the late 19th century. All artifacts allow guests to explore the physics and chemistry of the natural world around them.[2]

MSI's Henry Crown Space Center includes the Apollo 8 spacecraft which flew the first mission beyond low earth orbit to the Moon, enabling its crew, Frank Borman, James Lovell and William Anders to become the first ever human beings to see the Earth as a whole, as well as becoming the first to view the Moon upclose (as well as the first to view its farside at all). Other exhibits include an OmniMax theater, Scott Carpenter's Mercury Atlas 7 spacecraft, a Lunar Module trainer and a life-size mockup of a space shuttle.

The Museum is known for unique and quirky permanent exhibits, such as a walk-through model of the human heart, which was removed in 2008 for the construction of YOU! the Experience,[3] which opened October 8, 2009, and replaced with a 13-foot-tall (4.0 m) interactive 3D heart.[4] Also well known are the Body Slices [two cadavers exhibited in 1⁄2-inch-thick (13 mm) slices] currently on display - in part - in YOU! the Experience. You! the Experience also features Gunther von Hagens plastinates.

Due to its age and design, the Museum's building itself has become a museum piece.[citation needed]

Other exhibits include Yesterday's Mainstreet; a mock-up of a Chicago street from the early 20th century complete with a cobblestone road, old-fashioned light fixtures, fire hydrants, and several shops, including the precursors to several Chicago-based businesses. Included are:

Unlike the other shops, both Finnigan's Ice Cream Parlor and The Nickelodeon Cinema can be entered and are functional businesses. Finnigan's serves an assortment of flavors and varieties of ice cream and The Nickelodeon Cinema plays short silent films throughout the day. Another important aspect to Yesterday's Main Street is the air conditioning that is blown through the exhibit to create the sensation of a cool fall evening.

In March 1995 the Santa Fe Steam Locomotive 2903 was moved from outside the museum to the Illinois Railway Museum.

The museum is home to the Junior Achievement's U.S. Business Hall of Fame.[5][6]

In addition to its three floors of standing exhibits, the Museum of Science & Industry also hosts temporary and traveling exhibitions. Exhibitions differ from exhibits because they last for five months or less and usually require a separate paid admission fee.[citation needed] Exhibitions at MSI have included Titanic: The Exhibition,[7] which was the largest display of relics from the wreck of RMS Titanic, in 2000; Gunther von Hagens' Body Worlds, a view into the human body through use of plastinated human specimens, in 2005; and Leonardo Da Vinci: Man, Inventor, Genius[8] in the summer of 2006. Past temporary exhibitions included CSI: The Experience, Robots Like Us,[9] City of the Future,[10] Canstruction and Star Wars: Where Science Meets Imagination,and The Glass Experience. Harry Potter: The Exhibition opened on April 30, 2009, and left the museum on September 29, 2009. The fourth installment of Smart Home: Green + Wired reopened in March 2011 and runs through January 2012, featuring the work of green architect Michelle Kaufmann.