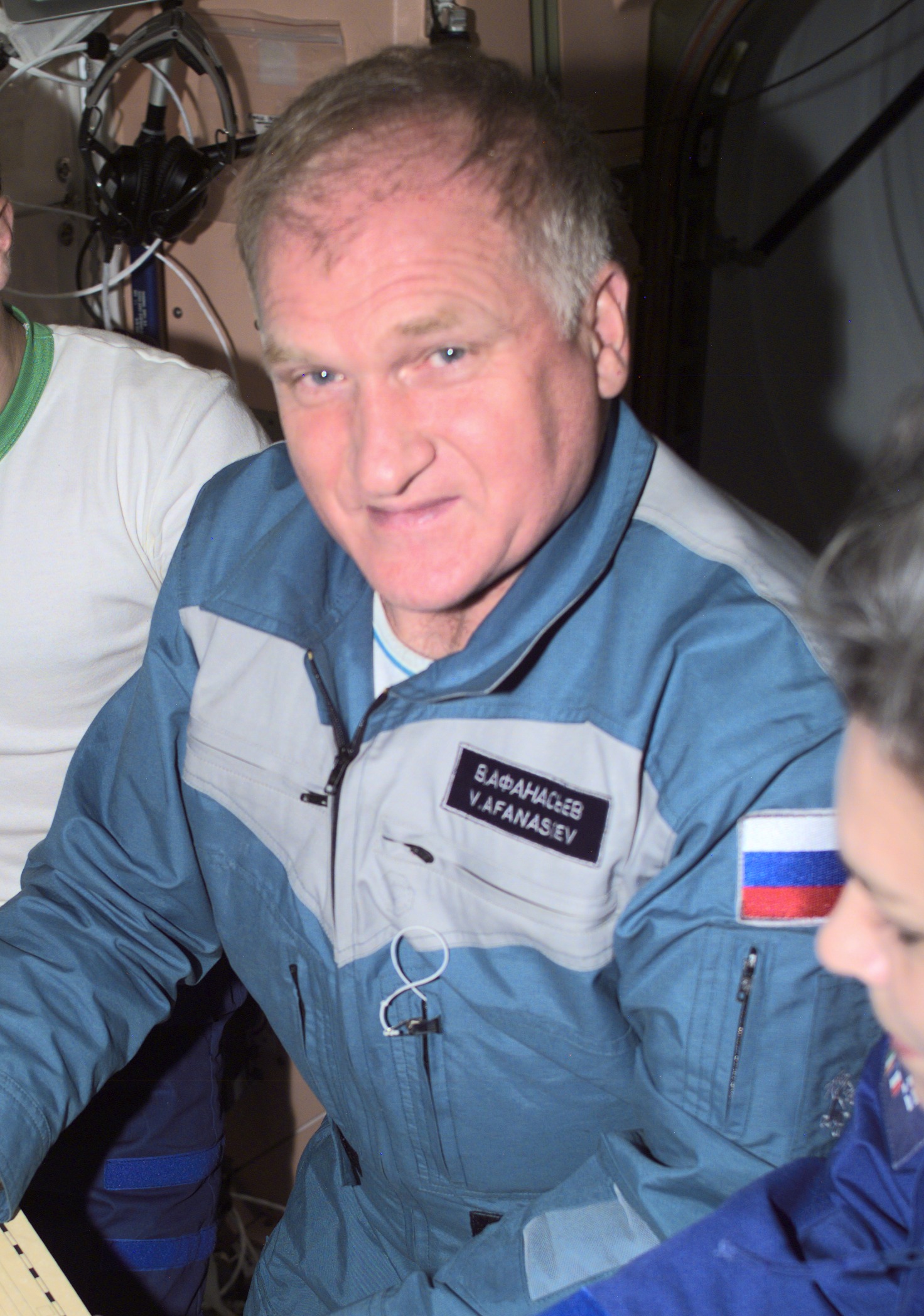 Viktor Mikhailovich Afanasyev ( _ru. Виктор Михайлович Афанасьев) is a colonel in the , who is also a test of the Yu. A. . He was born , , in , , and is married to Yelena Ya. Afanasyeva, born 1952. They have two children. His father, Mikhail Z. Afanasyev, is deceased. His mother, Marya S. Afanasyeva, resides in , Bryansk region, Russia. His recreational interests include football, swimming, and tourism.

1970 to 1976 served in the Air Force fighting troops as a pilot, senior pilot and aircraft flight commander. 1976 to 1977 attended the Test Pilot Training Center. 1977 to 1988 served as a test pilot and senior test pilot at the State Research/Test Institute named after . Viktor Afanasyev has a Class 1 military test pilot certification. He has logged over 2000 flight hours in more than 40 different aircraft.

1985 to 1987 Viktor Afanasyev was taking basic space training course at the Yuri Gagarin Cosmonaut Training Center on the part-time training basis. He reported to the GCTC and proceeded to advanced training in 1988. From February 1989 on Afanasyev was training for a space flight aboard the as the mission backup crew commander.

He has logged 175 flight days during his first space flight (, to , ) as the mission crew commander. The mission program included joint flight with a Japanese and British crewmember. He performed 4 EVAs totaling 20 hours and 55 minutes.

to , , Afanasyev was participating in a space flight aboard the Soyuz-TM-18 transport vehicle and Mir orbital station as the mission crew commander.

October 1996 to January 1998 Afanasyev was training for the mission as a backup crew commander. The mission was supposed to include NASA-7 and Pegasus () programs.

From March 1998 he underwent training as the mission primary crew commander. to , , he was participating in a 189-day space flight aboard the Soyuz-TM transport vehicle and Mir orbital station. He has performed 3 EVAs.

Colonel Afanasyev is a veteran of three long-duration missions. He has logged over 545 days in space, and 7 EVAs totaling 38.55 hours. He has a Class 1 cosmonaut certification.

In 2001 Viktor Afanasyev was assigned to the ISS Taxi-1 backup crew.