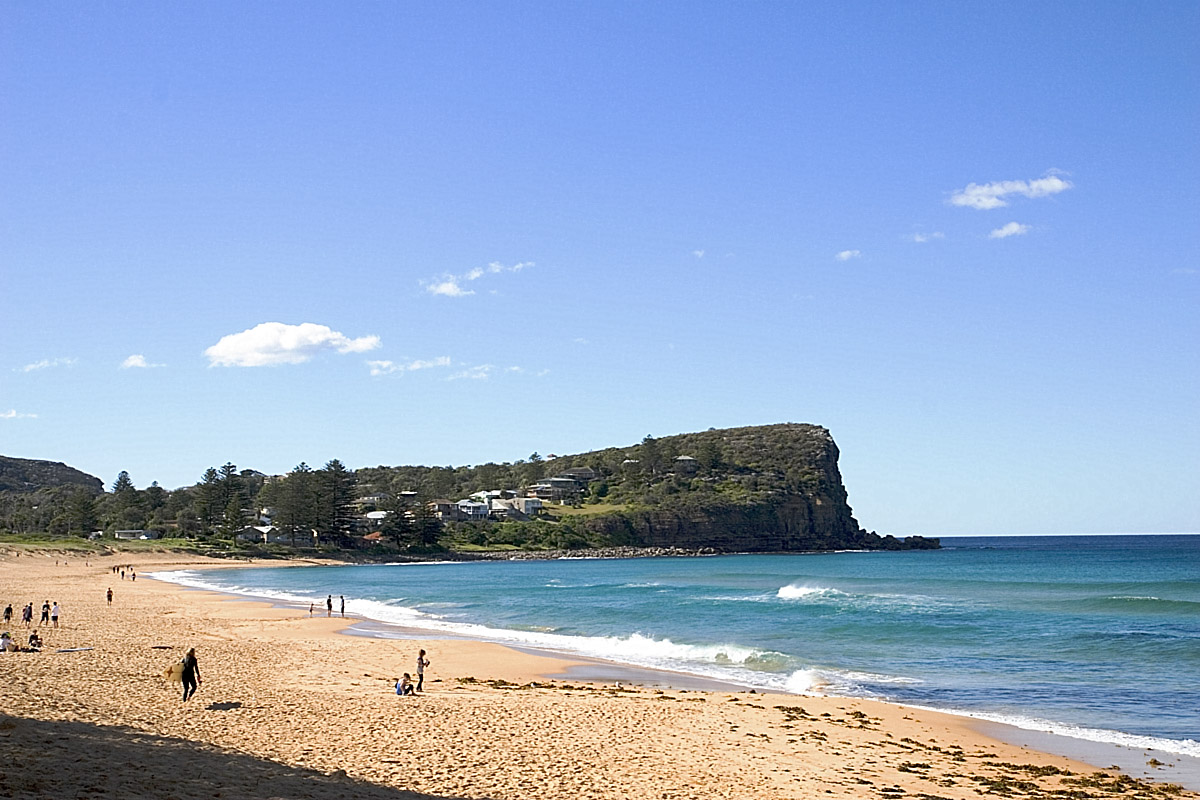 Avalon is a northern beachside of , in the state of , . Avalon is located 35 kilometres north of the , in the local government area of , in the Northern Beaches region.

Avalon was named after the mythical , a legendary island in mythology. According to legends, Avalon was an earthly paradise and the final resting place of . ["The Book of Sydney Suburbs", Compiled by Frances Pollon, Angus & Robertson Publishers, 1990, Published in Australia ISBN 0-207-14495-8, page 13]

The first land grant in the area was 60 acres to John Farrell in 1827. A convert|400|acre|km2|sing=on land grant was made to Father John Joseph Therry in 1833, who fought hard for the recognition of the Catholic Church in the colony. He built a church in this area but his plans for a settlement never eventuated. In the 1920s, the area was still known as 'Priest's Flat'. Arthur J Small handled a subdivision in 1921 and chose the name Avalon. ["The Book of Sydney Suburbs", Compiled by Frances Pollon, Angus & Robertson Publishers, 1990, Published in Australia ISBN 0-207-14495-8, page 13]

Avalon features , bowling and sailing clubs; a supermarket, shops, cafes and a cinema.

An episode of the American , "", was shot at Avalon Beach in the late 1990s. Producers of the show, seeking to relocate from their n base due to cost constraints, proposed a full relocation to Avalon. However, following complaints from residents (supported by former world surfing champion and local property owner ), the series moved instead to . The anti-Baywatch supporters were led by former Pittwater mayor Alex McTaggart who was subsequently elected to NSW State Parliament for two years.