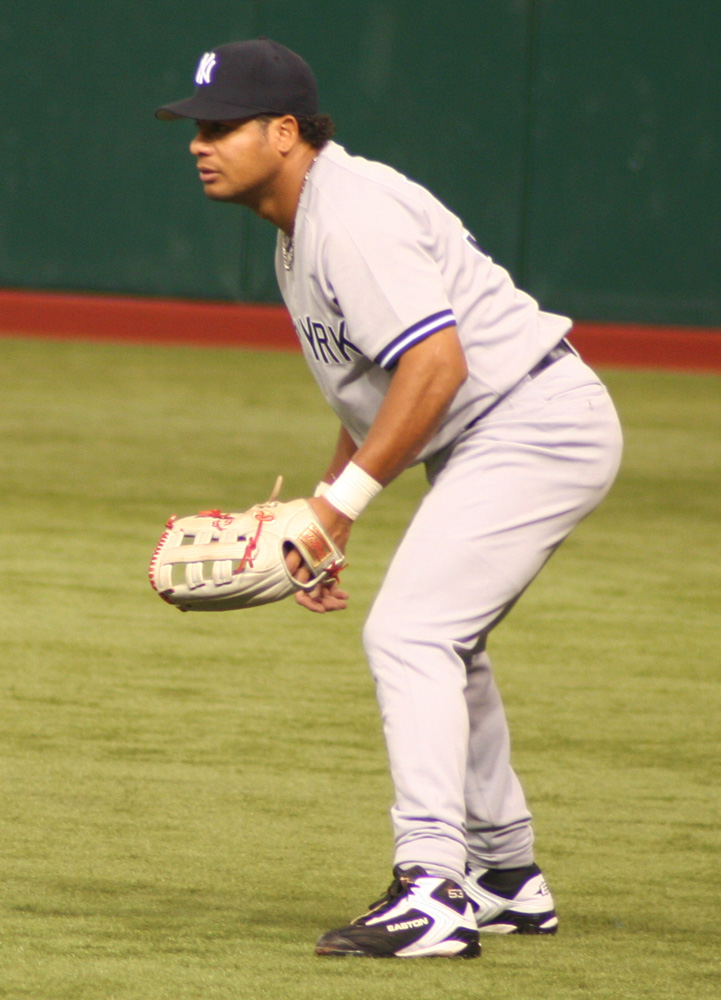 Abreu played with the Jacks of the Florida State League. He batted .283 and began to show gap power with 21 doubles and a league-record 17 triples. He also reached double figures in outfield assists for the third year in a row. After the campaign, Bobby had rotator cuff surgery done on his right shoulder, which had periodically given him problems.

Abreu started his Major League career with the Houston Astros. He played only 74 games over two seasons. Left unprotected in the when Houston decided to keep fellow n , Abreu was selected by the , but hours later he was traded to the Phillies for .

Despite the fact that both the Astros and Devil Rays deemed him expendable, Abreu firmly established himself as one of the most promising young hitters and strong-armed right fielders in the game.

In by|1999, he made a brief run at the batting title. His .335 career-high average that season ranked third in the and was the highest posted by a Phillies player since outfielder Tony González hit .339 in 1967. His .446 career-high OBP was also third in the league.

In May, Abreu was honored as the in the National League, after he hit .396 and 11 home runs. He also led the NL for the month in slugging average (.792), on-base percentage (.535), and walks (30) and was tied for the league lead with 30 RBI. He became the first player in Major League history to hit nine home runs in a ten-game stretch.

He was voted a starter in the NL outfield for the All-Star Game, finishing second in fan voting, behind .

At – a field normally considered a "pitcher's park" – Abreu won the as he set records with 24 home runs in a single round (since broken by in 2008), and 41 overall, topping 's previous marks of 15 and 27, set a year earlier. Abreu's longest homer was measured at 517', the third longest in Derby history. Many peoplewho believe Abreu damaged his swing during the Derby, because his power numbers dipped considerably for the remainder of 2005, into 2006.

On July 30, 2006, Abreu was traded along with to the for minor league shortstop (a 2005 first-round draft pick), left-hander Matt Smith (a seven-year minor league veteran), catcher , and right-hander -- all low-level prospects in the Yankee organization. "" columnist Bill Conlin referred to the trade as "the Great Gillick Giveaway" and declared it "an unvarnished disaster." [cite journal | first=Bill | last=Conlin | year=2006 | month=August 1 | title=Another day that will live in Phils infamy | journal=The Philadelphia Daily News | url=http://www.philly.com/mld/philly/sports/columnists/bill_conlin/15169085.htm | format=dead link|date=June 2008 &ndash; [http://scholar.google.co.uk/scholar?hl=en&lr=&q=author%3AConlin+intitle%3AAnother+day+that+will+live+in+Phils+infamy&as_publication=The+Philadelphia+Daily+News&as_ylo=2006&as_yhi=2006&btnG=Search Scholar search] ] Surprisingly, the Phillies improved after the Abreu trade, and made a run for the National League wild card, only being eliminated on the second to last day of the season.

Abreu fit very well into the Yankees lineup. Abreu hit .330 with 7 home runs and 42 RBIs as a Yankee in the 2006 season. Abreu and the Yankees ran away with the AL East division title by mid-September 2006, but were eliminated by the in the .

Abreu has remained consistent throughout the season. He hit a walk-off double on July 9. On Abreu hit 2 Home Runs and had 6 RBIs in a game versus the . He finished the season with a .296 average, 20 home runs, and 100 RBIs.

Abreu was involved in many events in the and communities. In 2001, he was the Honorary Chairman for the Blood Drive.

Abreu bought $10,000 worth of tickets to most Friday night games for children in his "Abreu's Amigos" organization during the by|2003 and by|2004 seasons. In this program, the children got jerseys, coupons for concessions, and chances to meet Bobby Abreu on the field during batting practice.

Bobby was also the 2004 recipient of the Phillies Community Service award and the Phillies' representative for 's .

In 2008, Bobby made a contribution to the Police Athletic League of New York City though his Abreu's Finest charity wine to provide boys and girls with recreational, educational, cultural and social programs.

Bobby is known as "El Comedulce" in Venezuela. The name translates roughly to "the candy-eater," which had been his father Nelson Abreu's nickname. Following Nelson's death, Bobby "began asking people to call him the same name as a way of honoring his father's memory." [ cite news
title = BOBBY SWEET BY ANY NAME
publisher = New York Daily News
date= 2006-08-11
url = http://www.nydailynews.com/sports/2006/08/11/2006-08-11_bobby_sweet_by_any_name_print.html
accessdate = 2007-08-30 ]