Infobox Album
Name = And Then There Was X
Type =
Artist = DMX 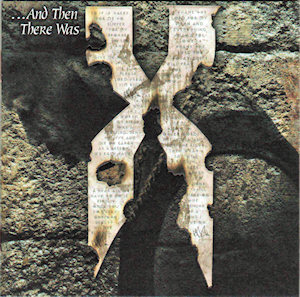 The first single of the album, the club banger 'What's My Name' was released, which got heavy rotation on both radio and television. The album sold very well, reaching 6x Platinum status (selling roughly 698,000 in its first week) making it DMX's best-selling album to date. It also reached #1 on the yet again, firmly ranking DMX within hip hop's only artist to have all 3 ( eventually, leading up to 5 ) of their albums reach the #1 spot.

The second single was popular club / party anthem "Party Up (Up in Here)", which increased album sales significantly . The album also featured more meaningful, introspective tracks such as "Fame" and " Here We Go Again", a heartfelt account of an emotional dispute his protege / 'shorty', whom 'fucks up big time', forcing X to leave him to fend by himself in the streets. Typical DMX tracks include the obligatory ladies track, "What These Bitches Want", featuring smooth vocals from R'N B star . The song was released as a third single in its edited form ; "What They Want", to moderate radio airplay and a high-budget video from super-director . Also, the standard 'X aggressive joints include the relentless "Don't You Ever", the self-titled "Coming For Ya", "D-X-L (Hard White)" and "The Professional" , wherein X documents a criminals activities throughout the city with idiosyncratic rapping abilities.

Although not credited as his best work, "And Then There Was X" was well received by fans and critics alike, however, to some criticisms, the production style geared towards a more commercial, party, 'radio-friendly' sound, a stark contrast to his previous work, which involved strong gothic and religious undertones ( mainly connections between hell and his bad-deeds), boasting bloody and gruesome images over his album covers eg."" cover.

"... And Then There Was X" was also released in a "clean" version that replaces explicit drug content and profanity with sound effects. Strangely, no violence was edited out except for gunshot sound effects in the background of some tracks and some content of "The Professional". Skits were also completely taken out from the "clean" version including the intro track of the album. The version of 'Party Up' that appears on this album is less censored then the radio/video edits.