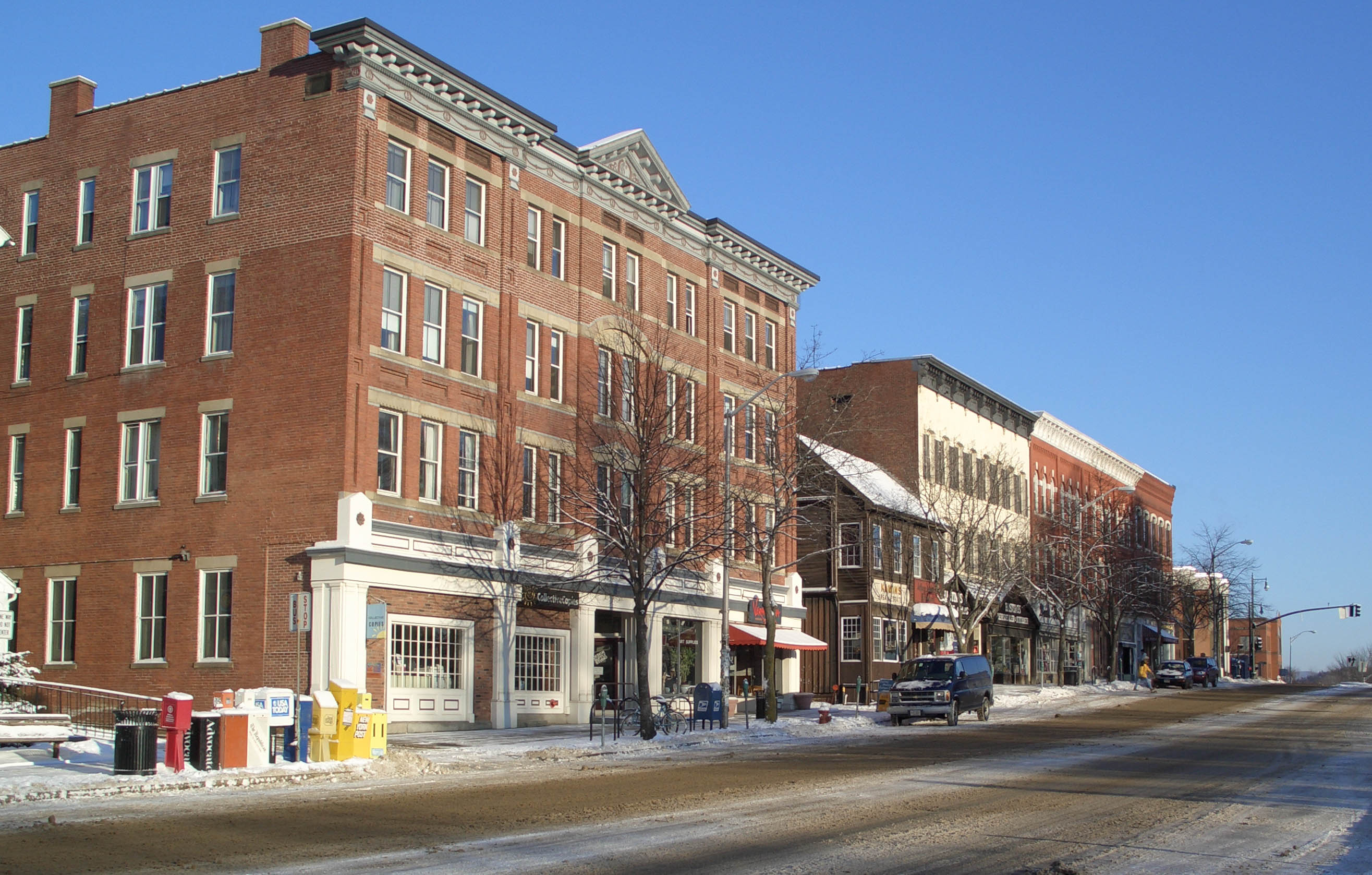 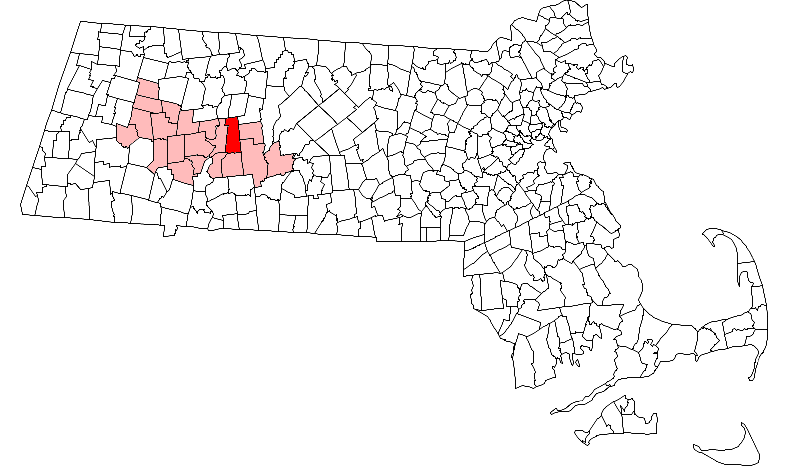 The communities of Amherst Center, North Amherst, and South Amherst are s.

Amherst is part of the Metropolitan Statistical Area.

The earliest known document of the lands now comprising Amherst is the deed of purchase dated December 1658 between of Springfield and three native inhabitants, referred to as Umpanchla, Quonquont and Chickwalopp. [Carpenter, Edward W. (1896). "The History of the Town of Amherst, Massachusetts", pp. 1-2. Press of Carpenter & Morehouse.] According to the deed, "ye Indians of Nolwotogg (Norwottuck) upon ye River of Quinecticott (Connecticut)" sold the entire area in exchange for "two Hundred fatham of Wampam & Twenty fatham, and one large Coate at Eight fatham wch Chickwollop set of, of trusts, besides severall small giftes" [] . Amherst will celebrate its 250th anniversary in 2009. The Amherst 250th Anniversary Celebration Committee has been established to oversee the creation and implementation of Town-wide activities throughout 2009.

When the first permanent English settlements arrived in 1727, this land and the surrounding area (including present-day South Hadley and Granby) belonged to the town of Hadley. It gained precinct status in 1734 and eventually township in 1776, shortly before the colonies declared their independence.

Upon its incorporation, the colonial governor assigned to them the name Amherst after . Many colonial governors at the time were scattering his name amidst the influx of new town applications, which is why several towns in the Northeast bear the name. Amherst was a hero of the French and Indian War who, according to popular legend, singlehandedly won Canada for the English and banished France from North America. He supported the American side in the Revolutionary war and resigned his commission rather than fight for the British. This too made him quite popular in New England. Amherst is also infamous for considering, in a letter to a peer, the use of -covered blankets in warfare against the Native Americans. It is for this reason that there have been occasional "ad hoc" movements to rename the town. Among the new names suggested for the town has been "Emily" after (see Notable Residents below).

In 1786, as the American Revolution was ending, many soldiers returning home found themselves in debt as they were unable to attend to business and property while they were away fighting. Farmers who were unable to pay taxes and debts had their property and livestock confiscated by the courts. , a Pelham resident who was promoted from the ranks to be a Captain in the Revolutionary Army, organized .

There were 9,174 households out of which 27.0% had children under the age of 18 living with them, 36.4% were married couples living together, 10.8% had a female householder with no husband present, and 50.4% were non-families. 28.6% of all households were made up of individuals and 8.6% had someone living alone who was 65 years of age or older. The average household size was 2.45 and the average family size was 2.97.

Of residents 25 years old or older, 41.7% have a graduate or professional degree, and only 4.9% did not graduate from high school. The largest industry is education, health, and social services, in which 51.9% of employed persons work.

These statistics include some but not all of the large population, many of whom only reside in the town part of the year. Amherst is home to thousands of part-time and full-time residents associated with the , , and .

Amherst is among relatively few towns of its size in Massachusetts in not having moved to a mayor-council or council-manager form of government. Instead, it has maintained the traditional town meeting (legislative) and select board (executive), though with the important modification, allowed through a special state law, whereby Town Meeting is made up of elected representatives of each precinct in the town. In addition, the select board hires a town manager to handle the day-to-day administrative details of running a town.

In recent years, some have sought to abolish the 254-member Town Meeting with a new charter that would create a directly-elected mayor and a nine-member Town Council. The charter was rejected by voters in Spring 2003 by fourteen votes, and defeated again on March 29, 2005 by 252 votes.

The (PVTA), funded by local governments and the Five Colleges, provides public transportation in the area.

Rail service is available through Amtrak at the Amherst station (AMH) on the daily service between Washington D.C. and St. Albans, VT. More frequent service to New York City and Washington D.C. is available from Springfield. (Approximately 30 minutes driving time from Amherst.)

Born or raised in Amherst

* Steve Porter, Music producer
*, Executive Director of , attended public schools in Amherst and graduated from the University of Massachusetts.
* (b. 1970) Oscar-nominated actress, whose father taught at Amherst College.
* , filmmaker

* , birthplace and lifelong residence of poet , now a museum [http://www.dickinsonhomestead.org/] . She is buried nearby in West Cemetery on Triangle Street.
* [http://www.amherstcinema.org/ Amherst Cinema Arts Center] , a local theater showing mostly art and independent films
* at UMass is the tallest library in the US, at 26 stories tall.
* , including the
* , designed by architect
* The are located at the base of in the Mount Holyoke Range State Park
*