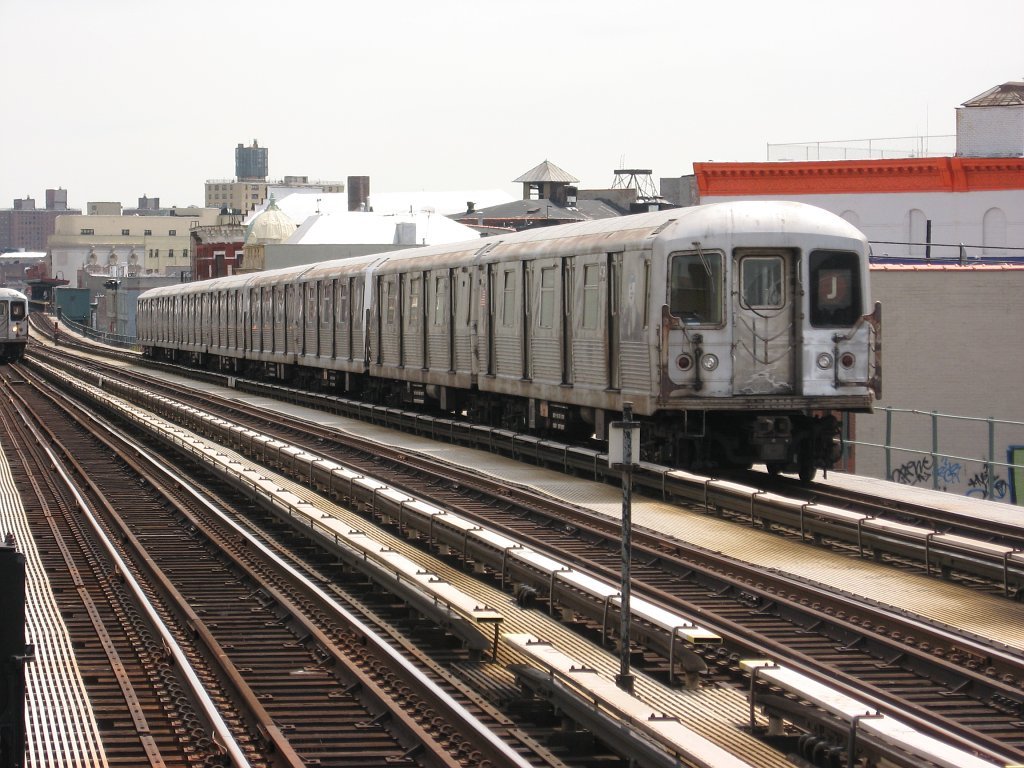 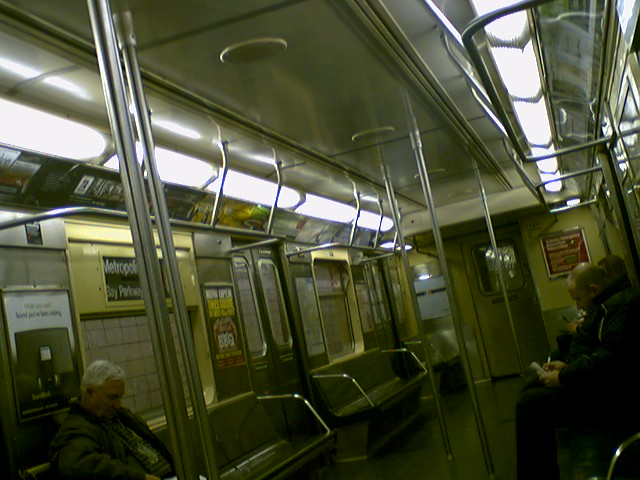 The R42 is a car built in 1969&ndash;70. It was the last convert|60|ft|m|sing=on IND-BMT car built for the subway until the R143 in 2001, and the last model class to be built in pairs (mated sets). Thereafter, the (NYCTA) switched for the time being to convert|75|ft|m|sing=on cars for the IND&ndash;BMT divisions.

Built by the in , the R42 were the first fully original air-conditioned car class in the New York City Subway. They are used on the NYCS|A, NYCS|E, NYCS|J, and NYCS|Z lines. Cars 4550-4615 run on the A and often intermix with the s. As more R160As are delivered and enter service, R42s are being shifted from East New York Yard (NYCS|J, NYCS|L, NYCS|M, and NYCS|Z), to Jamaica Yard (NYCS|E, NYCS|F, NYCS|G, NYCS|R, NYCS|V) in order of lowest numbered cars being the first to go. These R42s are replacing the R32 Phase II cars on those lines. As of September 22, 2008, cars 4616-4741 have been transferred to Jamaica Yard.

282 cars (4550-4839) were overhauled by Morrison-Knudsen. The last 110 cars (4840-4949), all of which have since been retired, were rebuilt by NYCTA Coney Island Shop in , . The one minor difference in appearance between the two overhauls was that many cars of the Coney Island version featured the original blue door indicator lights at the ends of the cars. These lights were removed from the Morrison-Knudsen rebuilds. Rebuilding of the R42 fleet spanned from 1988 to 1989.

The incoming / order will replace some or all of the R42 fleet. All of the Coney Island rebuilt R42s as well as the 8 cars involved in the Chambers Street accident mentioned above have been retired and undergoing stripping at 207th Street Yard for reefing/sinking along the Atlantic coast.