The NZR RM class Standard railcars were a class of railcar operated by the New Zealand Railways Department in the North Island of New Zealand. Officially classified as RM like all other railcar classes in New Zealand, they acquired the designation of 'Standard' to differentiate them from others. They were introduced in 1938.

Since the 1912 experiments with a MacEwan-Pratt petrol railcar, the New Zealand Railways Department had been seeking an effective and successful railcar design. Many routes simply did not have the demand to economically justify locomotive-hauled passenger express trains, so railcars were seen as a viable alternative. New Zealand's difficult terrain posed problems to railcar design, but in 1936, the Wairarapa railcars were introduced and proved to be a great success on the route from Wellington over the Rimutaka Incline to the Wairarapa Line, and following from this, the Standard railcars were designed to provide regional services in on regular lines in the North Island.

Six total were built in the NZR Hutt Workshops in 1938 and 1939, each with a semi-streamlined design featuring slanting ends. Driving controls were located at each end of the railcar so that they did not have to be turned at termini. They wore out three sets of engines; the original Leyland engines were replaced with Meadows engines. The original cream body colour with a green stripe was inconspicuous, and was replaced with red plus a stripe and a grey roof (Wright).

All six of the Standard railcars were named after Māori canoes. 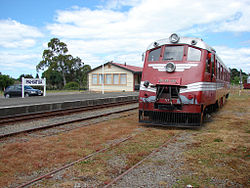 RM 31 (Tokomaru) going for a run through the Pahiatua station yard.

The Standard railcars were first used to operate a fast return service from Wellington to New Plymouth, and soon a Hawkes Bay service between Wairoa and Napier was added, along with a Sundays-only return service from Napier to Wellington. In 1943, the Wairoa-Napier service was extended to serve Gisborne.

In 1955, the 88 seater railcars were introduced, and 88 seaters and Standards initially shared duties on the New Plymouth and Hawkes Bay services, but soon the 88 seaters took over all of the Hawkes Bay services and the Standard railcars were left to run the New Plymouth route. After the opening of the Rimutaka Tunnel in November 1955, both the 88 seater and Standard railcars soon took over from the Wairarapa railcars and operated a service from Wellington to Palmerston North via the Wairarapa.

The Standard railcars never operated in the South Island, as the Vulcan railcars were built to operate rural services on that island. 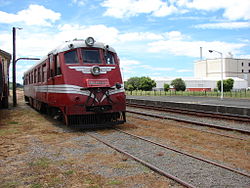 The Standard railcars were withdrawn in 1972, and two-thirds of the class have been preserved.