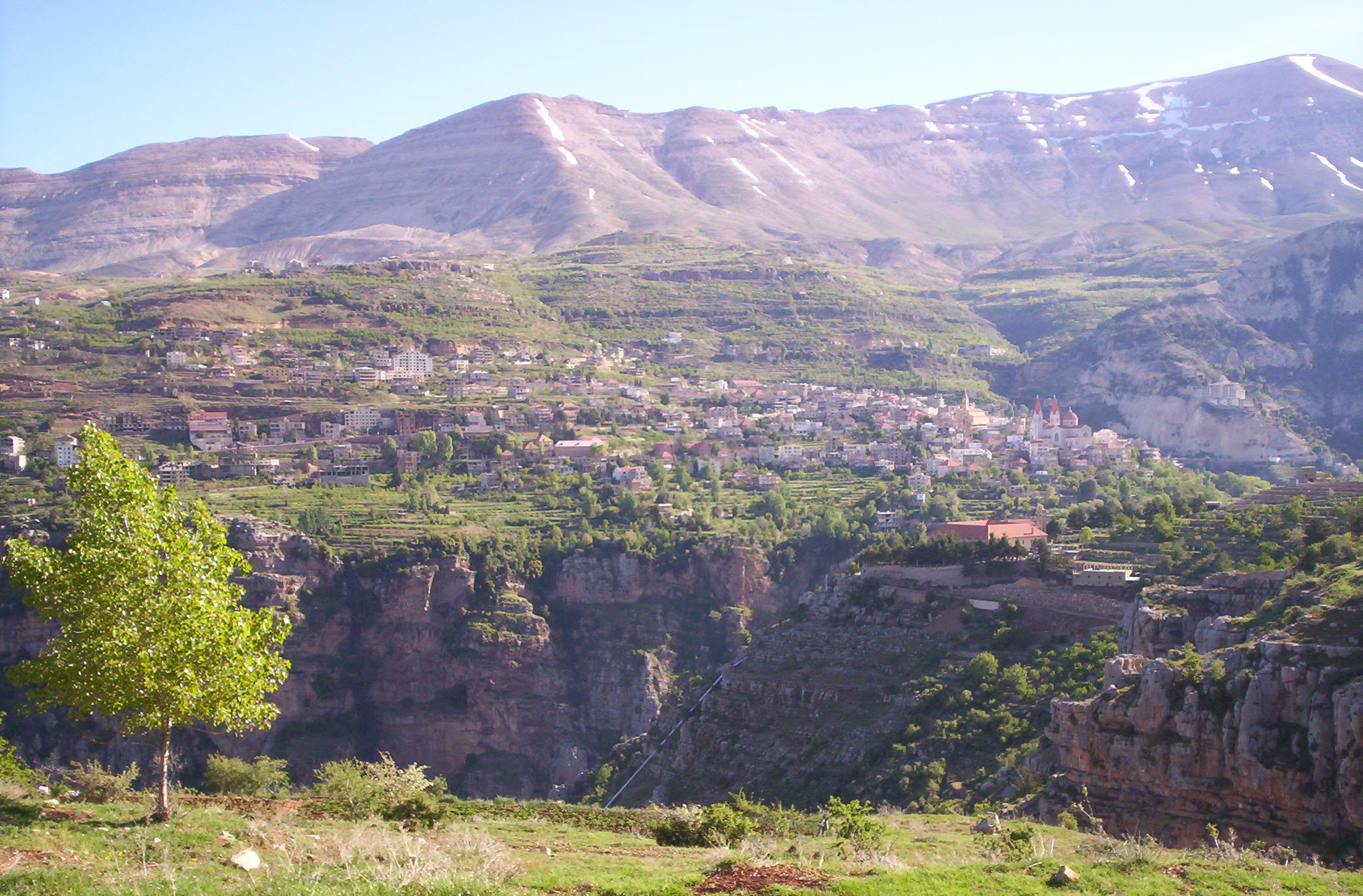 Bsharri was the site of a n settlement in ancient times. s fleeing persecution sought refuge in its mountainous terrain in the 7th Century AD. The , below the town, became the spiritual center of the Maronite Church. The town was known as Buissera by the .

In Lebanon, Bsharri natives are characterized as very courageous and fiercely feudal. They are especially known for their distinct accent when they speak Arabic. Unlike other parts of Lebanon, Aramaic was spoken in Bsharri well into the 1800s. As a result, Bsharri natives developed an unmistakably strong accent which lasts to this day and which they are very proud of.

During the (1975&ndash;1990), Bsharri was a bastion of resistance against Syrians. In 1986 , a Bsharri native, became head of the Christian (LF) movement. Many LF militiamen were drawn from the town during the civil war.

This village is still neglected by the government from after the war, having no hospital, no university, and no projects that provide careers to its youth, forcing them to move to cities and foreign countries.

Today, the village is located in a highly touristic zone including such attractions as the Gibran Tomb and Museum, where Antonios Torbey lived as Hermite in the Hermitage of St. Lichaa down in the valley; the Kadisha Grotto, the forest, a ski resort and Bka'kafra (the birthplace of ).

Bsharri is home to a Lebanese First Aid Center. [ [http://www.dm.net.lb/redcross/our_centers.html Our Centers ] ] . Also it is home for the "The Maronite Scouts" that started their activities early 2000.