Chemical Abstracts Service (CAS), a division of the American Chemical Society, is the world's leading source of chemical information. The company's proprietary databases are curated by CAS scientists and recognized by chemical and pharmaceutical companies, universities, government organizations, and patent offices around the world as an important source of chemical information. By combining these databases with advanced search and analysis technologies, CAS databases are said to deliver a current, complete, and cross-linked digital information environment for scientific discovery.

In 2007 the Chemical Abstracts Service was designated an ACS National Historical Chemical Landmark in recognition of its significance as the most comprehensive repository of research in chemistry and related sciences.[1]

Chemical Abstracts is a periodical index that provides summaries and indexes of disclosures in recently published scientific documents. Approximately 8,000 journals, technical reports, dissertations, conference proceedings, and new books, in any of 50 languages, are monitored yearly, as are patent specifications from 27 countries and two international organizations. Chemical Abstracts ceased print publication on January 1, 2010.[2]

The two principal databases that support the different products are CAplus and Registry.

CAplus consists of bibliographic information and abstracts for all articles in chemical journals worldwide, and chemistry-related articles from all scientific journals, patents, and other scientific publications.

Registry contains information on more than 50 million organic and inorganic substances, and more than 60 million protein and DNA sequences.[3] The chemical information is produced by CAS; the sequence information comes from CAS and GenBank, produced by the National Institutes of Health. The chemical information is prepared by the CAS Registry System, which identifies each compound with a specific CAS registry number, index name, and graphic representation of its chemical structure. The assignment of chemical names is done according the chemical nomenclature rules for CA index names, which is slightly different from the internationally standard IUPAC names, according to the rules of IUPAC.

The material from these basic and supplementary databases, is searchable in many ways. CAS databases are available via two principal database systems, STN, and SciFinder. 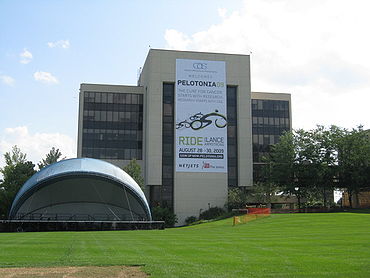 STN International (Scientific & Technical Information Network) is a system operated jointly[4] by CAS and FIZ Karlsruhe, and is intended primarily for information professionals, using a command language interface rather than a graphics interface. In addition to CAS databases, STN also provides access to many other databases which are similar to other commercial systems such as Dialog.

SciFinder is a CAS database of chemical and bibliographic information. Originally available only as a software client application, a web version was released in 2008.[5]

The client version is designed primarily for use by professional chemists in commercial organizations. Versions for both the Windows and Macintosh operating systems are available. SciFinder Scholar[6] is a version designed for universities and other academic institutions and lacks some supplementary features for multi-database searching. Both the commercial and academic versions have a graphics interface, making them particularly suitable for searching the Registry file for chemical structures.

CASSI stands for Chemical Abstracts Service Source Index (CASSI). This formerly print-only database is now available to the public as a free resource to look up and confirm publication information. In electronic format (online), CASSI provides titles and abbreviations, CODEN, ISSN, publisher, and date of first issue (history) for a selected journal. Also included is its language of text and language of summaries.[7]

The range of coverage for this database is from 1907 to the present, including both serial and non-serial scientific and technical publications. The database is updated annually every December. Hence the database was last updated in December 2009.[7][8]

For many years, beginning in 1909, the offices of Chemical Abstracts were housed in various places on the campus of Ohio State University in Columbus, Ohio.[10] In 1965, CAS moved to a new 50-acre (200,000 m2) site on the west bank of the Olentangy River, just north of the Ohio State campus. This campus became well known in the Columbus area and famous as the site of many Columbus Symphony Orchestra pop concerts. In 2009, the campus consisted of three buildings.

E. J. Crane became the first Director of Chemical Abstracts Service when the organization became an American Chemical Society operational division in 1956. Crane had been CA editor since 1915, and his dedication to the organization was a key factor in its long-term success.

Dale B. Baker became the CAS Director upon Crane's retirement in 1958. According to CAS, his visionary view of CAS' potential "led to expansion, modernization, and the forging of international alliances with other information organizations."[11] CAS was an early leader in the use of computer technology to organize and disseminate information.[12]

The CAS Chemical Registry System was introduced in 1965. CAS developed a unique registry number to identify chemical substances. This number registry system would prove to be vital to chemical research, health and safety information, and the communication of chemical information. Agencies such as the U.S. Environmental Protection Agency‎ and local fire departments around the world now rely on these numbers for the definite identification of substances. According to the ACS, this is the largest chemical substance database in the world.

Robert J. Massie has been the President of CAS since 1992. Many new products and services have been released under his leadership.