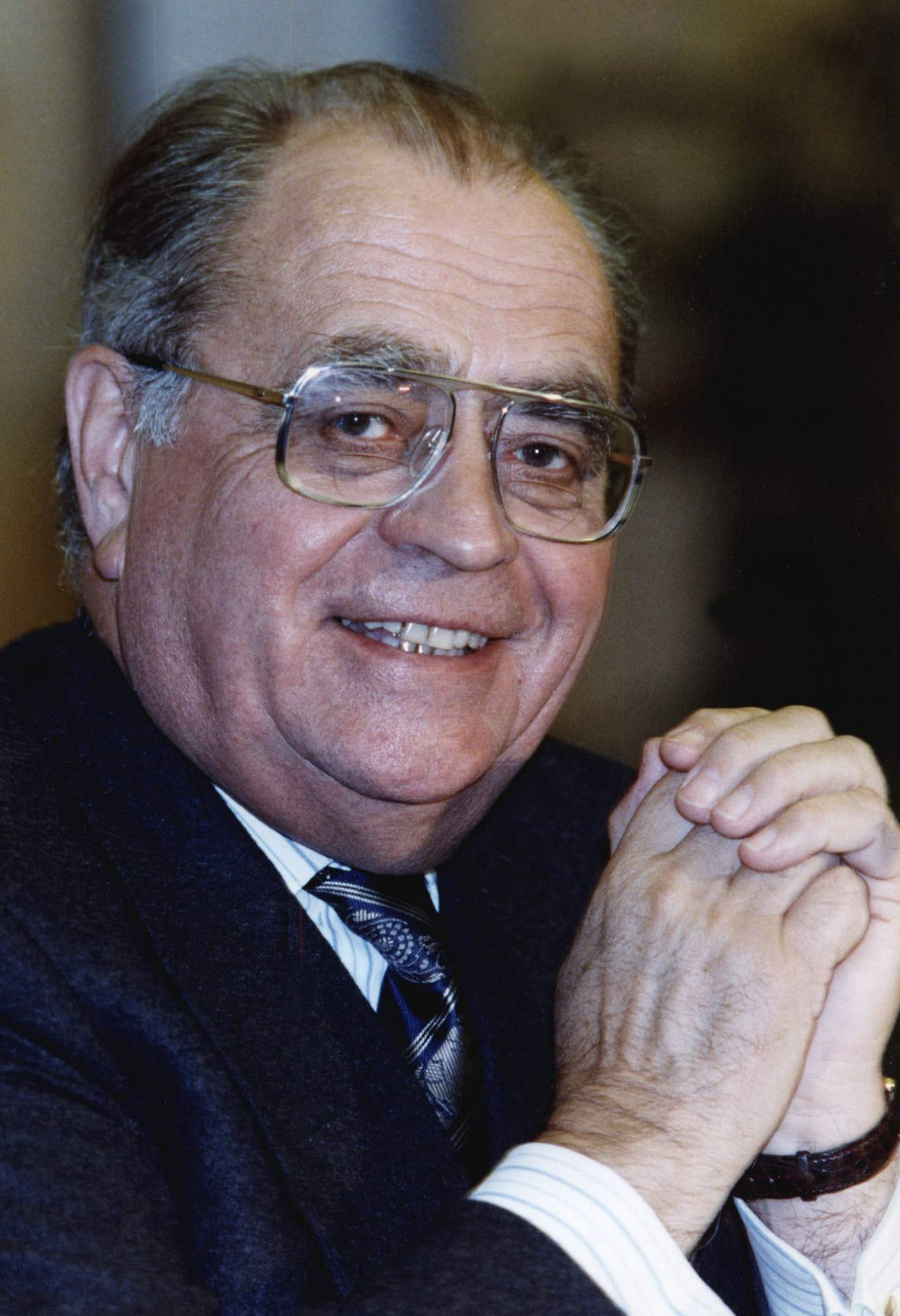 Pierre Bérégovoy was born in , to a Ukrainian immigrant family (original family name "Береговий" in Ukrainian or "Береговой" in Russian) who had left the after the .

He started his professional life at the age of 16 as a qualified metal worker. He got involved in politics following his activities in the - while working at during . Member of the trade unions confederation Workers Force, he left the Socialist party in 1959 and participated to the foundation of the Unified Socialist Party (PSU). He became an adviser of . In 1967, with , a create the pro-Mendès-France Union of clubs for the renewal of the left. This group joined the Socialist Party (PS) in 1969. He joined the executive group of the party behind .

In 1981, when Mitterrand was elected , he was chosen as secretary general of the presidency. One year later, he joined the cabinet as Minister of Social affairs. He was among the Socialist politicians who advised President Mitterrand to leave the in order to continue Socialist economic policy. But in March 1983, Mitterrand listened to his Prime minister and ratified the change of economic policy. Bérégovoy came round it, and so could become Minister of Economy and Finance, from 1984 to the 1986 Socialist electoral defeat.

Elected mayor of in 1983, and deputy of "département" in 1986, in the electoral land of Mitterrand, he led his 1988 presidential campaign. After his re-election, at the time of each cabinet reshuffle, his name was mentioned as a possible Prime Minister. In the end, he returned to the Ministry of Economy and Finance. In this function, he symbolized the adaptation of French socialism to the market economy and struck up hearty relations with employers representatives.

After the 1992 regional elections, which were a disaster for the Socialist Party, he was appointed Prime Minister at last. He promised to fight unemployment, economic decline and corruption. During his inaugural speech in the , he claimed he knew the names of politicians from the right-wing opposition implicated in corruption scandals, causing a great hue and cry. Bérégovoy forced , his Minister of City, to resign in May 1992 after his indictment by the French justice. He thus created the misnamed "".

He resigned after the Socialist electoral collapse of the 1993 legislative election.

Pierre Bérégovoy died on 1 May 1993, in after being transported by helicopter from (), where he had been found an hour earlier, in a coma with two bullets in the head. The second bullet was attributed to a nervous reflex. Police investigators ruled his death as a , confirming his 's deposition, who claimed the former prime minister was with him when he grabbed the guard's gun, while according to the first version of events which appeared in the press relating that Bérégovoy had returned alone to the car and had taken the gun from the glove box. The press also reported that "witnesses heard two shots...." before finding the corpse. The only photo released to the press showed Bérégovoy with a small calibre hole whereas a shot at close range with the bodyguard's 357 magnum would have blown half his head away. There was no investigation after the event which means there was no comparison between the arm allegedly used and the munitions which caused the death.

Most of Bérégovoy's close friends admitted that he had been depressed ever since he lost the March legislative elections in which his Socialist Party won only 67 out of 577 parliamentary seats. Bérégovoy was also being investigated over a 1 million interest-free loan by businessman and close friend Roger Patrice-Pelat who had died of a heart attack on 7 March 1989, less than one month after being found guilty in the Péchiney-Triangle affair. Bérégovoy's suicide came on the eve of the opening of a new trial concerning the acquisition of Triangle by Péchiney. His wife expressed some doubt, mainly because he had not left a suicide note and that his note pad, which he kept continually in his pocket, had disappeared. Some have suggested that Bérégovoy might actually have been assassinated, suggesting that similarities exist between his death and that of other figures close to Mitterrand including: René Lucet, the head of the Social Security public health system, shot through the head on 4 March 1982; François de Grossouvre, Mitterand's adviser, shot in the head twice (more reflex action) at the Elysée Palace on 7 April 1994; and Pierre-Yves Guézou, responsible for the Elysée phone tapping, found hanged in his home on 12 December 1994.

At Bérégovoy's funeral, held at in an atmosphere of tension and shock, Mitterrand stated that media pressure in connection with the Pelat scandal was responsible for Bérégovoy's suicide. Targeting the press, he said "the honour of a man was given to dogs" but attributed to Bérégovoy "the greatness of one who chooses his destiny".