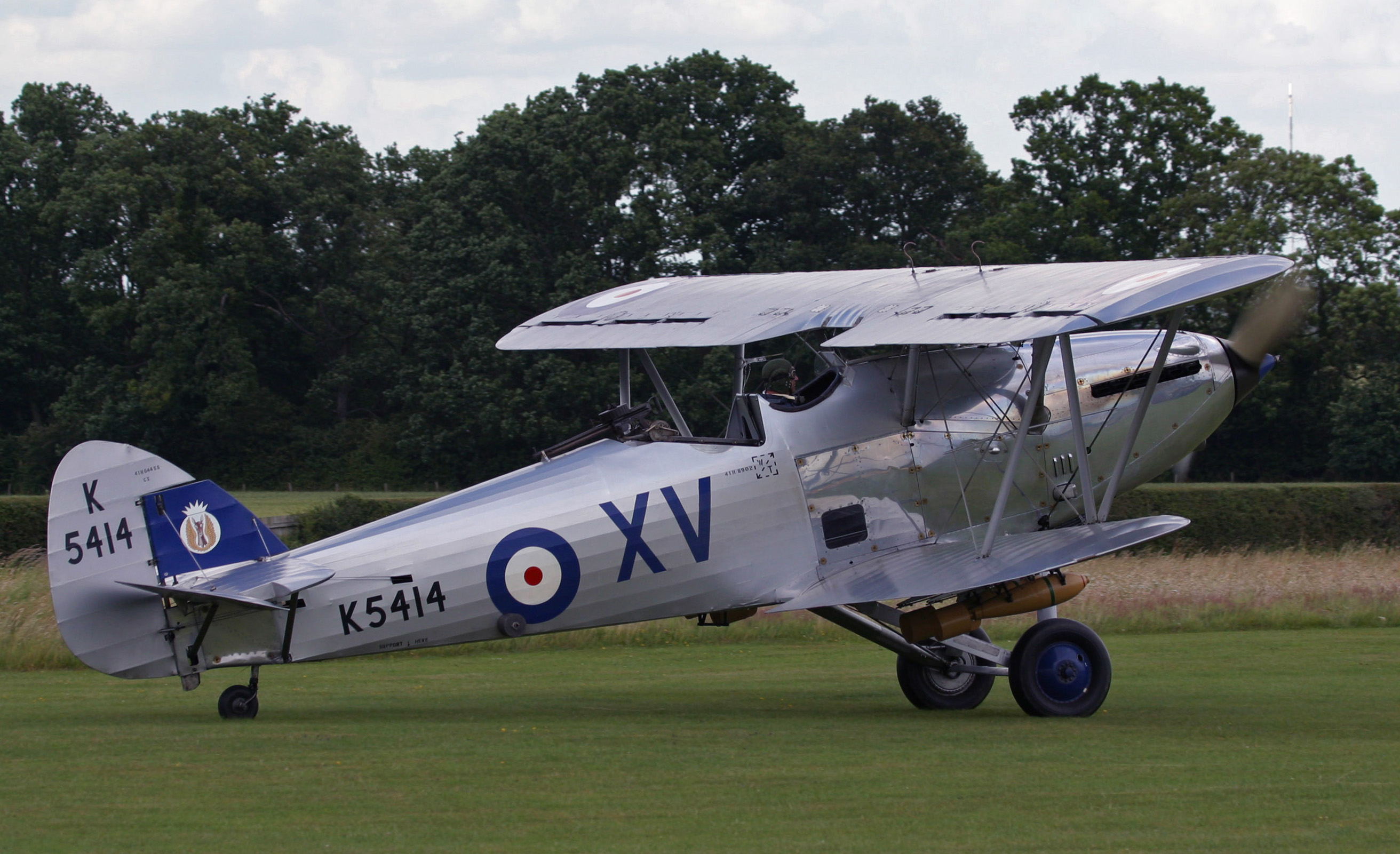 An improved Hawker Hart bomber defined by Specification G.7/34, was purchased by RAF as interim aircraft while more modern monoplane bombers such as the were still in development. Structural elements were a mixture of steel and with the wings being fabric covered while the main differences compared to the earlier Hart was a new powerplant, (the Rolls Royce Kestrel V) and the inclusion of refinements from the earlier derivatives such as the cut-down rear cockpit developed for the Demon. The prototype ("K2915") was constructed very rapidly due to Hawker's development work for other proposals, and made its first flight on , . A variety of changes were subsequently incorporated ("ram's horn" manifolds, Fairy-Reed metal propeller and engine improvements) with the first production Hind ("K4636") flown on .

The Hind went into service in November 1935 and eventually equipped 20 RAF bomber squadrons. A number were also sold to foreign customers including , the , , Persia (), , South Africa, , and . By 1937, the Hind was being phased out of frontline service, replaced by the and , and with many of the Auxiliary Air Force squadrons changing role to fighter or maritime patrol units. At the outbreak of the Second World War 613 Squadron remained retained the Hind in the Army co-operation role before re-equipping the in November 1939. [ [http://192.5.30.122/history/h613.html History of No. 613 Squadron] Royal Air Force Air Historical Branch. Retrieved ] The Hind found a new career in 1938 as a training aircraft representing the next step up from basic training on Tiger Moths. It continued in use as an intermediate trainer during the Second World War.

Hind trainers were also operated by and .

In 1941, Hinds flew combat missions in their original role as light bombers. South African Hinds were employed against Italian forces in Kenya, Yugoslav Hinds were used against the Germans and Italians while Iranian Hinds were used briefly when invading Allied British and Soviet contingents attacked Iran.

An airworthy ex-Afghan Hind flies with the Shuttleworth Collection. Others are on display at the RAF Museum in Hendon and the Canada Aviation Museum. Several former Hinds are being restored/reconstructed by the Subritzky family / The Classic Aircraft Collection at near , of which at least NZ1517/K6687, and NZ1535/K6721 are under restoration to airworthy condition; substantial parts are also held for NZ1518/K6717, NZ1528/L7184, NZ1544/K6810 and NZ1554/K5465. Another former RNZAF Hind is being restored for static display at . The remains of other Hinds were recently located in Afghanistan.