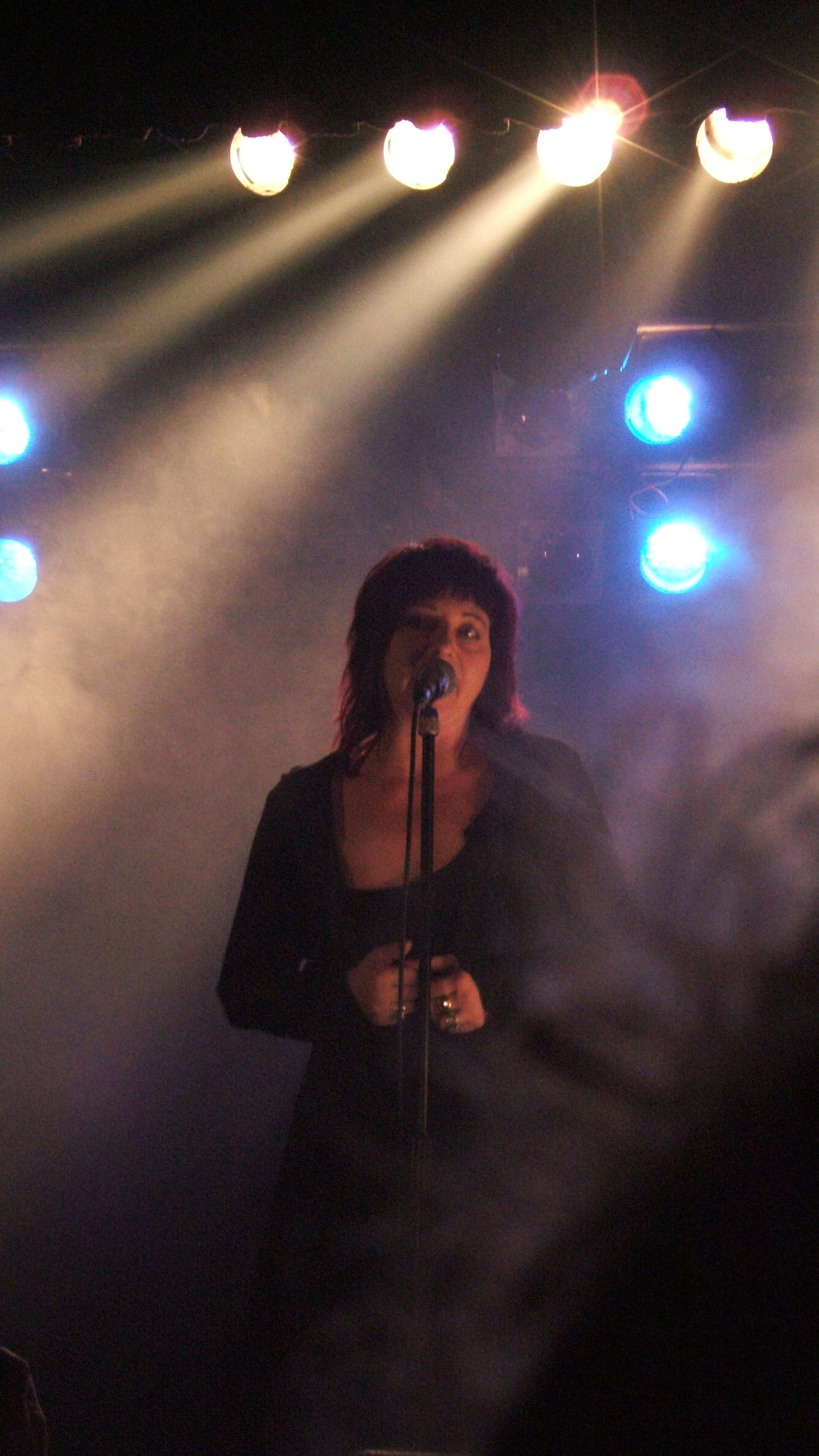 After arriving in at the age of 16, Lunch moved into a large communal household of artists and musicians in , including , daughter of . Soon after she earned the "Lunch" by regularly stealing lunches for her (often starving) artist friends. After befriending the 'godfathers of punk' Suicide at , she founded the short-lived but influential band in 1976 with her artistic partner, No Wave punk-funk-jazz musician . Both appeared on the seminal No Wave compilation "". Lunch later appeared on two songs on Chance's album "Off White" (credited to ; Lunch used the pseudonym "Stella Rico") in 1978.

She appeared in two directed by the husband and wife film-making team of and ; In the "Black Box" (1978) she played an unnamed torturer, and in the , thriller "Vortex" (1983) she played a named "Angel Powers". During this time, she also appeared in a number of films by , including "She Had her Gun All Ready" (1978) and "Beauty Becomes The Beast" (1979), co starring with .

In the mid-'80s she formed her own recording and publishing company called "" on which she continues to release a slew of her own material from songs to .

Later, she was identified by the as "one of the 10 most influential performers of the '90s", Lunch's solo career featured collaborations with musicians such as , , , , , , , , , , , The Birthday Party, , , , , and french band who put one of her spoken words into music. She also acted in, wrote, and directed s, sometimes collaborating with underground filmmaker and photographer (including several films such as "Fingered" in which she performed unsimulated sex acts), and more recently has recorded and performed as a , again collaborating with such artists as , , , , and , as well as authoring both traditional books and (with award-winning graphic novel artist ).

In 1997 she released "Paradoxia", a loosely-based autobiography, in which she candidly documented her bisexual dalliances, substance abuse and flirtation with insanity. [ [http://www.popmatters.com/pm/feature/59917/nothings-shocking-an-interview-with-lydia-lunch/ Nothing's Shocking: An Interview With Lydia Lunch] , Drew Fortune, 18 July 2008]

"I would be humiliated if I found out that anything I did actually became a commercial success."

"There're enough happy assholes out there, why should I be another one in the line..."

"It seems to me, that for over two thousand years now; mad-men, maniacs, and would be messiahs have been pilfering, have been pillaging, have been plundering, and have been raping the entire planet; and the way I see it, Mother Nature is getting pretty pissed off."

"No pornography exploits women. It exploits men. It’s the men that are made to look stupid, silly and ridiculous, chasing after the golden elixir. Women look beautiful, do what they wanna do and get paid for it."

*Featured as the Ace of Hearts in by (1995)
*Mentioned in an episode of by The Monarch in episode 13 from season 1, titled "Trial of the Monarch"