Deauville (pronounced: [do.vil]) is a commune in the Calvados département in the Basse-Normandie region in northwestern France.

With its racecourse, harbour, international film festival, marinas, conference centre, villas, Grand Casino and sumptuous hotels, Deauville is regarded as the "queen of the Norman beaches" and one of the most prestigious seaside resorts in all of France. Closest seaside when coming from Paris, the city and the nearby region of the Côte Fleurie (Flowers Coast) has long been home to French high society's seaside houses and is often referred to as the Parisian riviera. Since the 19th century, the town of Deauville has been a fashionable holiday resort for the international upper class.[1] Deauville is also a desired wealthy family resort. In France, it is known perhaps above all for its role in Proust's In Search of Lost Time.

Until 1860, when the Duc Charles Auguste Louis Joseph de Morny, half brother of the Emperor, transform Deauville into a more travelled resort, Deauville went from the reign of one mayor to another and slowly became famous as horse territory and for cultivating sainfoin. Until the death of the Duc de Morny in 1865, we can notice certain key investments that would transcend Deauville’s history. Such investments included a railway from Paris to Deauville, the Deauville hippodrome for horse races, and a small casino. Within three years over forty villas were constructed in the surrounding area and 200 rooms as well as other accommodations were finalized in the Grand Hotel. Also, to the Duc de Morny’s credit one can notice the construction of a church and a school in 1863. In the same year, “La Terrasse” was brilliantly created. This was essentially a complex for hydrotherapeutic baths and other cures as well as a 1,800-meter promenade along the seaside. 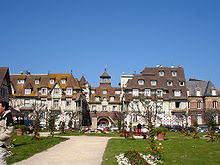 Following the Duc’s death, Deauville did grow gradually, however it was not until the early 20th century when Desire le Hoc with Eugene Cornuché pushed Deauville into another period of transformation and development where we can notice more important changes. The still famous Normandy and Royal Hotels and Casino open in the years 1911 and 1913. Renovations and expansions are installed to the hippodrome, telephonelines are set up, the sales of yearlings see historic highs, and one can count up to 62 English and French yachts in the basin. During these successful years many luxury boutiques opened in the streets of Deauville (Coco Chanel first shop), as many stores from Paris see it worthwhile to open in the striving Norman resort.

During World War I, wounded soldiers would be cared for in Deauville’s famous hotels and casino. The war also took a heavy toll on Deauville’s blossoming market and trade sector as merchants were forced to give many of their products to the war effort.

The combination of the national financial crisis and World War II completely removed the paradisiacal aura of Deauville that would not resurface until after the war and the 1950s. During the Second World War, the German Army occupied Deauville. Villas, hotels, and the casino were all occupied or used to some extent by the German Forces. Thanks to the help of the US, British, and specifically the Belgians, the allied forces were able to push the German troops out of Deauville and Normandy.

Following the war, and perhaps exemplified in the 1960s and beyond, Deauville has understood what it represented and decided to act in accordance, playing the cards it has at its disposal: myth and exclusivity. Michel d’Ornano is established as the new mayor and Lucien Barriere succeeds his uncle Francois André at the head of the Hotels and Casinos of Deauville. Deauville has become a center for high society and celebrities in almost every field. With scenes of award winning movies, such as Claude Lelouch’s “un Homme et une Femme,” and endless celebrity traffic, Deauville has become an emblematic resort and town in Europe. 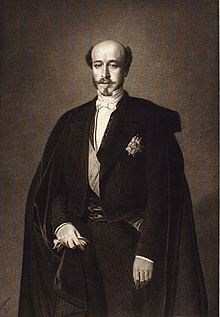 The first reference to Deauville is in 1060. At this time the village was called A Enilla and looked more like a fishing hamlet than a village. A Enilla comes from the Germanic Auwja Auwa meaning wet meadow. The village was originally up on the hill and a few houses were built next to the St Laurent chapel. Thanks to its situation near the coast, the village had a small harbour of little importance on the river Touques. 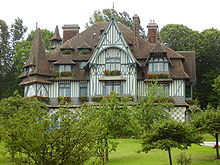 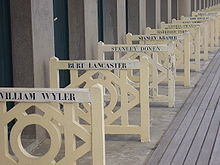 Promenade des Planches, where beach closet are dedicated to famous actors and movie makers that have come to Deauville

In 1855 land was being bought at 5 centimes/m²; in 1862 the same land was worth 1 Franc/m². The buyer had indeed bought marsh land and sold constructible land.

It was in 1858 that doctor Oliffe, who owned a villa in Trouville, decided to create a "town of pleasure" on the deserted sand dunes and in 1862 the first stone of today's Deauville was laid.

The duc bought 2.4 square kilometres of marsh land and dunes for 800,000 Francs. The Touques was still unchannelled but during the Second Empire the low tides permitted the construction of walls. In the 1860s visits by Napoleon III made the coast of Normandy adjacent to Deauville fashionable, and soon speculators developed the infrastructure necessary to accommodate members of the Imperial court and the growing Parisian bourgeoisie.

The railway arrived at Trouville-sur-Mer in 1863. Using the station called Trouville, passengers could reach Deauville in 6 hours from Paris. Morny, who had influence at Court, managed to persuade the aristocracy that staying on the coast would benefit their health. Land was bought and large villas, sometimes even palaces, were built. A casino and hotels soon followed and rich tourists came in their numbers. A common old joke among locals is that the wealthy bourgeoisie Frenchmen would keep their wife in Deauville and their mistress in Trouville, making light of the disparate socioeconomic statuses of the two neighboring seaside villages, Trouville being a working class fishing village and Deauville being home to exclusive shops and expensive real estate.

Deauville hardly suffered during the First World War. It was during World War II with the German Occupation that Deauville saw most of its leisure proprieties confiscated for use by the occupying force.

During the 1960s, Deauville started to see a little more mass-market visitors. Yet, the town and the surrounding Côte Fleurie are still a high-profile seaside resort, haven for the rich and famous as well as for the more discrete families of French high society such as the Rotschilds who own some Norman manor nearby Deauville. Today, Deauville is easily accessible from Paris thanks in large part to the extension of highway A132. From 26–27 May 2011, Deauville hosted the 37th G8 summit. 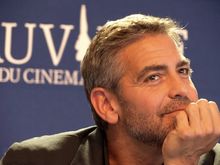 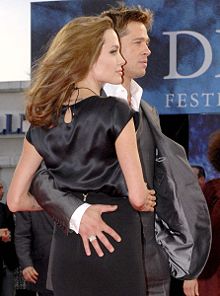 In an effort to prolong the summer season Lucien Barriere and Michel d’Ornano agreed to sponsor Lionel Chouchon and Andre Halimi’s idea of a film festival that specifically promoted American films, both big-budget and independent features.

1975 was the festival’s first year of existence and “The Reincarnation of Peter Proud” was the first film to be shown in the festival’s history. Since 1975 the festival has continued to promote American cinematography as well as bring American and European stars to Normandy. The festival, not at all known for its competitive nature, began to hand out awards in 1995. In 2011, from 2 September to the 11 September, the Festival will be celebrating its 37th year. There will be over 100 films presented to the general public, using the following venues: le Centre International de Deauville, le Casino Lucien Barrière de Deauville, et le Cinéma le Morny. The events are open to the public as well as to all professionals involved.

Home to the Deauville-La Touques Racecourse, the countryside around Deauville is the main horse breeding region in France and home to numerous stud farms. As a result, the city is twinned with Lexington, Kentucky and County Kildare in Ireland, both of which are world leaders in breeding thoroughbred racehorses. The important Ventes de Deauville yearling auction is held in mid-August each year at Deauville.

Deauville is internationally known for its horse culture, its famous tracks, Yearling sales and its multiple group one annual races. The two famous tracks of Deauville are, Deauville la Touques and Clairefontaine These tracks are active during the months of January, July, August, October, and December.

The three most important races that occur in Deauville ever year are the following: Le Maurice de Gheest, Le Jacques le Marois, and Le Morny. More recently Le Prix d’Astarte, (Prix Rothschild) and Le Prix Romanet have gained more prestige in the racing world. Le Grand Prix de Deauville, though not a Group 1 race, remains very prestigious; since its origin the winner’s names and emblems are posted on the walls of the grand hall of the race track.

Today Deauville also hosts competitions other that simply racing. These competitions include: Polo tournaments, horseshows, and the European championship of miniature horses. Find the listing of previous winners and prizes at http://galop.courses-france.com/ 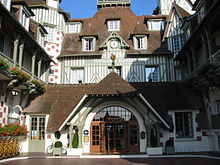 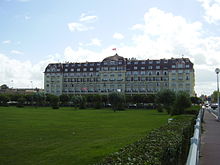 Russian President Dmitry Medvedev and US President Barack Obama at the Royal Barrière during the 37th G8 summit in May 2011.

Hotel Royal Barriere is perhaps the group’s most famous property in Deauville. It is perfectly located near the beach as well as the center of town. Directly linked to the group’s renowned Casino, The Royal has been a symbol of luxury and prestige since it was built in 1913. The hotel includes two superbe restaurants and state of the art spa and health services.

Also holding 5-stars, The Normandy Hotel is a charming hotel which truly encompasses Norman culture and tradition. Famous for its Anglo-Norman architecture, this hotel includes over 250 rooms that each contain an impressive array of antique furniture and traditional fabrics. Known for its family oriented atmosphere the Normandy has become a landmark for tourists and locals.

Though only holding 4-stars the Hotel du Golf Barriere remains and unique and phenomenal resort. Overlooking the Norman country side and the ocean the Hotel du Golf is situated in the center of its famous golf course which conveniently is located only 10 minutes away from the heart of Deauville. This hotel is a unique experience encompassing natural beauty, luxury services, and every essential ingredient of a high-class resort. The golf includes an 18 hole course as well as a 9 hole course.

In 1999, Dominque and his wife Diane Desseigne (the group heiress) created the Foundation Diane & Lucien Barriere The purpose is to aide and promote new talents in writings for: theatre, cinema, and music. The Groupe Lucien Barriere is currently developing an online poker website with Française des Jeux to parallel their casinos.

Deauville in the movies

Deauville is twinned with: