"Facing Goya" is a 2000 in four acts by on a by . It is an expansion of their one-act opera called "Vital Statistics" from , dealing with such subjects as and its practitioners, and also incorporates a musical motif from Nyman's , "The Kiss", inspired by a . Nyman also considers the work thematically tied to his other works, "The Man Who Mistook His Wife for a Hat", "The Ogre", and "", though he does not quote any of these musically, save a very brief passage of the latter. It premiered at the , on , . The revision with the cast heard on the album premirered at the in , , on , . "Vital Statistics" has been withdrawn. The Santiago version included more material from "Vital Statistics". [Pwyll ap Siôn. "The Music of Michael Nyman: Text, Context and Intertext". , Hants: , 2007. p. 197]

The new opera deals with the and of various movements in and , wrapped around a thread of a desire to make a clone of through use of his long-lost skull, which he hid from the likes of , and which the Art Banker finds under a floorboard in a "" gallery in Act II. This skull is the object of numerous fights in the second and third acts, often with one character snatching it from another. The opera is non-realistic in its presentation, with only one through-character, the Art Banker. Indeed, when Goya does appear, it is not the result of cloning, but a purely fantastical device. Four other performers play different roles in each section who are thematically connected. In addition, two s are called for in non-speaking roles. The Art Banker also speaks narration into a , but this was omitted from the studio recording, though the lines are reprinted in the booklet.

*, a (), loves Goya, but is corrupted by money. She foolishly wants to patent Goya's talent gene. Despite this, she is the most charismatic and sympathetic figure of the . She is a time tripper. An art banker is a person who deals in exchange of famous artworks among museums. This character is currently a specialist in the work of Goya.
* 1 (), obsessed with science, she lives in her head, and is the one who ultimately cracks the human genome. (Craniometrist 1, /Art Critic 1, ). At one point she nearly chokes herself with a tape measure, but continues to sing.
*Soprano 2 (lyric), unhappy indvidualist who sees the dangers of in gene control. She is opposed to cloning and State ownership of genetic readouts. She does not believe that recreating a person recreates that person's talent. (Craniometery Assistant 2, Art Critic 2, Genetic Doctor)
*, a shallow opportunist who believes eugenic theories are reflected in art. His greed leads him to want to make the first laboratory cloned human. A product of genetic engineering himself, he expresses his arrogance in the , "I am an oil painting". (Craniometry Assistant 1, Eugenicist/Art Critic 3, of a Bio-Tech Company)
*, he doesn't agree with anyone, and they don't like him. He is humorous and self-deprecating, fatalistic, and thinks little of the uniqueness in humankind. (Craniometrist 2, Art Critic 4, Genetic , Francisco Goya)

The play moves through three times and places (act 3 and 4 are the same location weeks apart, and all but the baritone remain the same character). The libretto calls for "a Goyaesque landscape of bare with hanging off them, and stones jutting out of the like , in the manner of a ." Projections of art and are used throughout the production.

The Genetic Research Doctor (Soprano 2) "wears and a sparkly ".

The Genetic Academic (Baritone) "wears and a ". 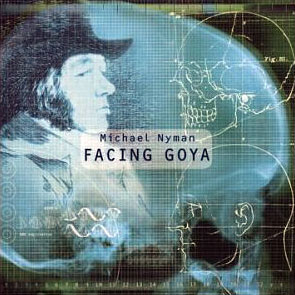