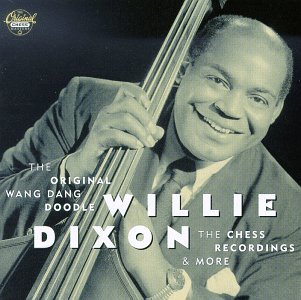 Dixon was born in Vicksburg, on , .

Dixon left Mississippi for in 1936. A man of considerable stature, at 6 and a half feet and weighing over 250 pounds, he took up ; he was so successful that he won the Illinois State Heavyweight Championship (Novice Division) in 1937.

Dixon met Leonard "Baby Doo" Caston at the boxing where they would harmonize at times. Dixon performed in several vocal groups in Chicago but it was Caston that got him to pursue music seriously. Caston built him his first bass, made of a and one string. Dixon's experience singing bass made the instrument familiar. He also learned the .

Dixon began performing around Chicago and with Baby Doo, helped to form the Five Breezes, a group that blended blues, , and vocal harmonies. Dixon's progress in learning to play the bass was halted when he resisted during as a and was imprisoned for ten months. After the war, he formed the group Four Jumps of Jive and then reunited with Caston, forming the Big Three Trio, who went on to record for .

Dixon signed to as a , but began performing less and became more involved with the label. By 1951, he was a full time employee at Chess where he acted as producer, talent scout, , and staff . His relationship with the label was sometimes strained, although his spell there covered the years from 1948 to the early 1960s. During this time his output, and influence was prodigious.

Indeed, he once claimed "I am the blues." This may seem a little arrogant, but there is no doubt that he was one of the major influences on the genre, through his original and varied songwriting, live performances, recording, and copious production work. He later recorded on . [cite web
url=http://www.wirz.de/music/blvilfrm.htm
title=Prestiage Bluesville discography
publisher=
accessdate=2006-11-17 ]

Dixon is remembered mainly as a songwriter; his most enduring gift to the blues, lay in refurbishing archaic Southern motifs, often of magic and country folkways and often derived from earlier records such as those by , in contemporary arrangements, to produce songs with both the sinew of the blues, and the agility of pop.

In addition, as his songwriting and production work started to take a backseat, his organisational ability was utilised, putting together all-star, Chicago based blues ensembles for work in Europe.

He wrote many famous s, usually producing and playing when they were first recorded. Some of these, and the extensive subsequent covers, include:

* French , , refers to Dixon in the song "Cent Ans de Plus" on his 1999 album, "Hors-Saison". Cabrel cites the artist as one of a number of blues influences, including , , , Robert Johnson, , and .
* Canadian rock , , wrote a song entitled "Willie Dixon Said" that appeared on his 1999 , "".
* British rock band Led Zeppelin covered many of Dixon's songs without giving him credit. He successfully sued Zeppelin to gain rights to the songs, which included "Whole Lotta Love" and "Bring it on Home."