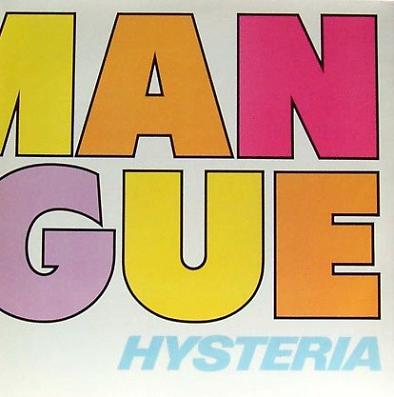 Hysteria is the fourth album by the British band . Following the worldwide success of the 1981 album "", the band struggled to make a successful follow-up and the sessions for "Hysteria" were fraught with problems. The album name itself is taken from the problematic recording period. [Windle, Rob [http://www.league-online.com/biography3.html] ] Producers and Chris Thomas both left the project which would eventually be finished by producer .

By the time "Hysteria" was released, three years had passed since "Dare" and the album met with relatively lacklustre success in comparison to its multi-platinum predecessor. Three singles from the album made the top-twenty of the but first single The Lebanon was the only song to chart in the U.S., stalling at number sixty-four on the . The album peaked at number three in the UK, later being certified Gold.

In 2005 "Hysteria" was remastered and re-issued with and extended mixes as bonus tracks.