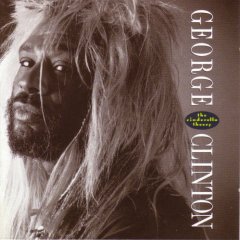 "The Cinderella Theory" is a 1989 by George Clinton. The album was released on three years after his previous studio effort, "", which was his last album for . "The Cinderella Theory" represented a comeback of sorts for Clinton, who had been largely absent from the pop music scene since his last album for Capitol. The album was produced by Clinton for Baby Clinton Inc.