/kɔrˈvælɨs/) is a city located in central western Oregon, United States. It is the county seat of Benton County[3] and the principal city of the Corvallis, Oregon Metropolitan Statistical Area, which encompasses all of Benton County. As of the 2010 United States Census, the population was 54,462.[4] Corvallis is the location of Oregon State University. 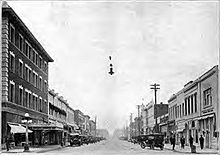 Joseph C. Avery settled a land claim at the mouth of Marys River where it flows into the Willamette River in 1845.[5] In 1849, Avery opened a store at the site, platted the land, and surveyed a town site on his land claim, naming the community Marysville.[5] It is possible that the city was named after early settler Mary Lloyd, but now the name is thought to be derived from French fur trappers' naming of Marys Peak after the Virgin Mary.[6] 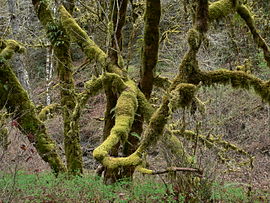 Moss covered Bigleaf Maple trees are common along nearby trails

In 1853, the legislative assembly changed the city's name to Corvallis, from the Latin phrase cor vallis, meaning "heart of the valley." Corvallis was incorporated as a city on January 29, 1857.[7] The town served briefly as the capital of the Oregon Territory in 1855 before Salem was eventually selected as the permanent seat of state government.[5]

Corvallis is located at an elevation of 235 feet.[8] Situated midway in the Willamette Valley, Corvallis is about 46 miles (74 km) east of Newport and the Oregon Coast, 85 miles (137 km) south of Portland, 30 miles (48 km) south of the state capital, Salem, 10 miles (16 km) southwest of Albany, about 10 miles (16 km) west of Interstate 5 at its closest point, and 48 miles (77 km) north of Eugene/Springfield. Oregon Route 99W, a secondary north-south route, also runs through Corvallis. U.S. Route 20 (which leads to Newport) and Oregon Route 34 (which leads to Waldport about 56 miles (90 km) to the west) both secondary East-West routes run through Corvallis from the Oregon Coast. 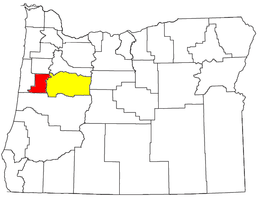 Corvallis is the largest principal city of the Albany-Corvallis-Lebanon CSA, a Combined Statistical Area that includes the Corvallis metropolitan area (Benton County) and the Albany-Lebanon micropolitan area (Linn County),[9][10][11] which had a combined population of 181,222 at the 2000 census.[1] 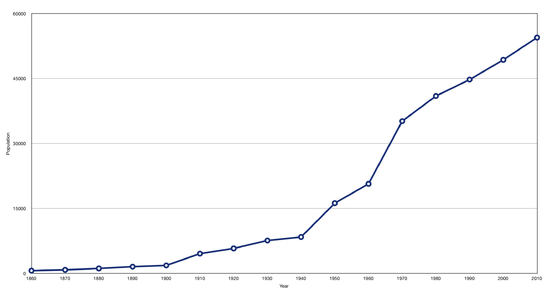 There were 19,630 households out of which 24.0% had children under the age of 18 living with them, 40.8% were married couples living together, 7.2% had a female householder with no husband present, and 49.2% were non-families. 31.5% of all households were made up of individuals and 7.5% had someone living alone who was 65 years of age or older. The average household size was 2.26 and the average family size was 2.88.

A 2003 study, released once every 10 years, listed Benton County (of which Corvallis makes up the majority of the population) as the least religious county per capita in the United States. Only 1 in 4 people indicated that they were affiliated with one of the 149 religious groups the study identified. The study indicated that some of the disparity, however, may be attributed to the popularity of less traditional religions (ones not included as an option in the study) in the Pacific Northwest.[15]

The campus of Oregon State University, which is the major local employer, is located near the edge of the main downtown area. Other major employers include: Samaritan Health Services,[16] AVI BioPharma,[17] CH2M HILL,[18] Siga Technologies,[19] Evanite Fiber,[20] ONAMI[21] as well as Hewlett-Packard, whose printer cartridge manufacturing and prototyping facility is located in the northeast area of town. Because of this relative concentration of employment and the need for diversity, the city launched a website to attract creative industry to the region by branding it with the slogan "Business is Good Here".[22]

The National Clonal Germplasm Repository at Corvallis is a gene bank of the United States Department of Agriculture Agricultural Research Service. The gene bank preserves temperate fruit, nut, and agronomic crops from around the world.[23]

Museums and other points of interest

Corvallis is the home of the Corvallis Knights baseball team. The Knights play in the West Coast League, an independent summer baseball league with teams from Washington, Oregon, and British Columbia. The team plays at Goss Stadium, which is also home to the Oregon State Beavers baseball team.

Corvallis is recognized as a Tree City USA. The city has at least 47 public parks within and adjacent to the city limits. Some of them are:[33] 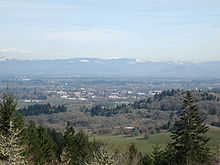 The OSU campus and Cascade Range from Fitton Green

Corvallis has a higher education rate per capita than any other city in the State of Oregon.[34]

Public schools in the city are administered by the Corvallis School District. Corvallis is also the home of Oregon State University, and the Benton Center campus for Linn-Benton Community College.

Corvallis is part of the Eugene radio and television market.

Long-distance bus service is provided by both Amtrak and Greyhound. They both stop at the Greyhound station in downtown Corvallis (station ID: CVI.)

Local bus service is provided by Corvallis Transit System (CTS). In 2011 voters approved an additional fee on monthly waterbills allowing all bus service to become Fareless. The system runs a total of eight daytime routes Monday through Saturday, covering most of the city and converging at a Downtown Transit Center. Additional commuter routes also run in the early morning and late afternoon on weekdays, and mid-morning and mid-afternoon on Saturdays. When Oregon State University is in session CTS also runs the "Beaver Bus," a set of late-night routes running Thursday through Saturday.

Two other short-distance inter-city buses — the Linn-Benton Loop (to Albany), and the Philomath Connection, also stop at the Downtown Transit Center.

Designated a "Bike-Friendly City,"[34] Corvallis has many miles of bike paths, trails, and roadside bicycle lanes. Many miles of mountain bike trails, ranging from easy to very technical, abound in the outskirts of the city, with the highest concentration present in the Oregon State University research forest (MacDonald and Dunn forests).

In 2011 the United States Census Bureau released data from the 2009 American Community Survey showing that, at 9.3%, Corvallis had the highest percentage of bicycle commuters of any city in the United States.[36]

The city's water system contains two water treatment plants, nine processed water reservoirs, one raw water reservoir, and some 210 miles (340 km) of pipe. The system can process up to about 19 million US gallons (72,000 m3) of water per day.[37]

The Rock Creek treatment plant processes water from sources in the 10,000-acre (40 km2) Rock Creek Municipal Watershed near Marys Peak. The three sources are surface streams which are all tributaries of the Marys River. Rock Creek has a processing capacity of 7 million US gallons (26,000 m3) of water per day (gpd), though operational characteristics of the 9-mile (14 km), 20-inch (51 cm) pipeline to the city limits capacity to half that.[38] The Rock Creek Plant output remains steady year round at about 3 million gpd.[37]

The H.D. Taylor treatment plant obtains water from the Willamette River, and has been expanded at least four times since it was first constructed in 1949. Its output varies seasonally according to demand, producing from 2 to 16 million US gallons (61,000 m3) per day,[37] though it has a capacity of 21 million gpd.[38]

The total reservoir capacity is 21 million US gallons (79,000 m3),[39] though measures to voluntarily reduce water usage begin when reservoir levels fall below 90% of capacity, and become mandatory at 80% or below.[40] As part of its ongoing water conservation program, the water department jointly publishes a guide to water-efficient garden plants.[41]

According to the federal Environmental Protection Agency report on its “green power communities,” Corvallis buys more power from renewable resources than any other city in the nation. Corvallis purchases more than 100 million kilowatt-hours of green power annually, which amounts to 13 percent of the city’s total purchased electricity.[42][43]

This list excludes persons whose only connection to Corvallis is attendance or employment at Oregon State University. 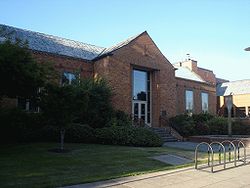 Corvallis is regularly ranked and recognized.