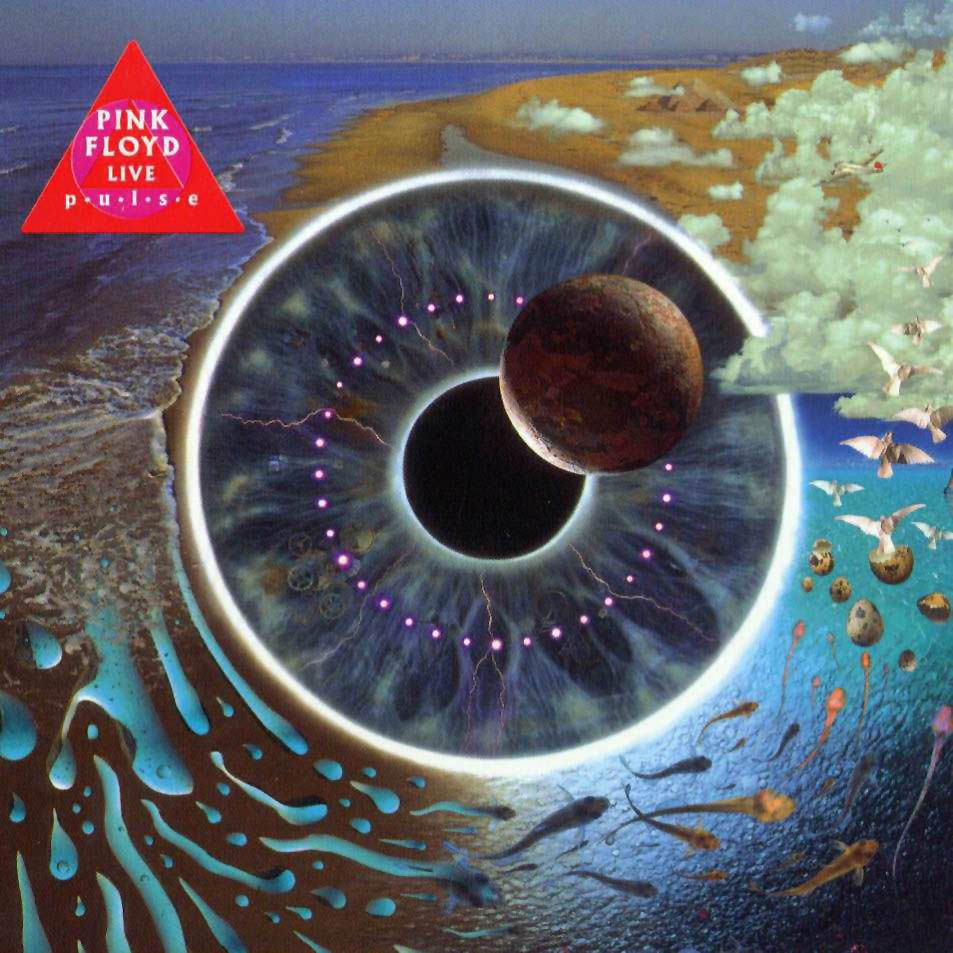 The album was recorded during the band's "Division Bell tour" in 1994, specifically the UK and an leg, which ran from July to October 1994 (See ).

The album includes a complete live version of "" and features a booklet with many photos from performances on this tour. It also features "," a Syd Barrett song not performed since the early 1970s, as a tribute to the original Floyd guitarist.

Unlike "", and producer James Guthrie have stated that no parts of the songs were re-recorded in the studio. However, the band and Guthrie fixed songs that had bad notes (as heard on some bootlegs) by lifting solos and corrected vocal lines from other performances as the band recorded most of the European leg.

The cassette issue had two bonus tracks: "" and a 22 minute ambient piece that was played prior to the 1994 concerts.

The vinyl version comes in a four-LP box and includes "One of These Days" as well as a large version of the photo booklet. The video version (the only release of "Pulse" with an accurate running order) also featured the song "," and was, in fact, the near complete performance [ feature an edited version of Comfortably Numb. The second guitar solo is shorter than the live broadcast] from their October 20th show at Earl's Court, London.

On , , the "Pulse" DVD was released of the concert performed on , at , London.

The original CD cover features a "eye-like" machine that has clock pieces inside, there is a planet in its center, and on the outside it shows evolution as it moves backwards. It starts in the sea, moves to the bacterias which evolve into fishes, then into egg type creatures, then into eggs that hatch birds, and birds follow the trail of an airplane. There are six pyramids in the desert, and in the bottom of the sea, you can observe a city in the shore.

Early CD versions came with a blinking red on the side of the case, that flashed to the heartbeat heard at the beginning of "". This was designed by EMI contractor Jon Kempner (who incidentally was awarded the platinum disc) using the (now discontinued) LM3909 LED flasher IC. The circuit was powered by a single ; this was theoretically replaceable in that it was fitted in a battery holder rather than soldered onto the circuit board. However, the circuit board is hidden behind a glued-in cardboard cover; removing it from the case to replace the battery requires careful use of a long-handled scalpel. In some cases, the battery holder was fitted to the circuit board the wrong way round, so the "+" and "-" markings on holder and cell do not correspond. The battery life was stated to be over 6 months.

Some versions were also made with 2 AA batteries that were easier to replace. The LED and battery can be removed by rapping the open end of the case on a firm surface until the cardboard flap attached to the battery compartment slides out far enough. This flap can be used to gently pull the circuit compartment out the rest of the way and replace the batteries.

Later editions of the CD set did not feature the blinking LED.

The complete text from the sleeve notes concerning the LED reads:

Might we suggest that if the pulsing LED begins to drive you crazy, turn the box round so the LED faces to the wall or the back of your shelf. If it begins to drive you really crazy, then separate the outer slip case from the book, leave the book in your CD collection, and put the slip case in your car or potting shed where it might look and act like a burglar alarm. The battery for the LED should last more than six months and is replaceable, if you can get to it, that is, without trashing the case. The battery must not, of course, be exposed to fire or high temperatures which can cause cells to leak or explode. The LED is set at the average human pulse speed so it can be used as an anti stress device - just check your own pulse against it. It is designed primarily for easy finding thereby avoiding uncomfortable neck twisting or eye squinting to read the spine. The LED is also like the opening heartbeat of the Dark Side of the Moon. Most particularly the LED pulses... it is a live phenomenon... like the music.

The debut of the album was highlighted by a minor light show from the top of the Empire State Building in .

Disc two (The Dark Side of the Moon)

The tour was sponsored in Europe by , which also issued a commemorative version of its top-selling car, the "Golf Pink Floyd", one of which was given as a prize at each concert. It was a standard Golf with Pink Floyd decals and a premium stereo, although it had Volkswagen's most environmentally friendly engine, at Gilmour's insistence. [ [http://www.pink-floyd.org/artint/spiegel.htm The Spiegel-Translation ] ]