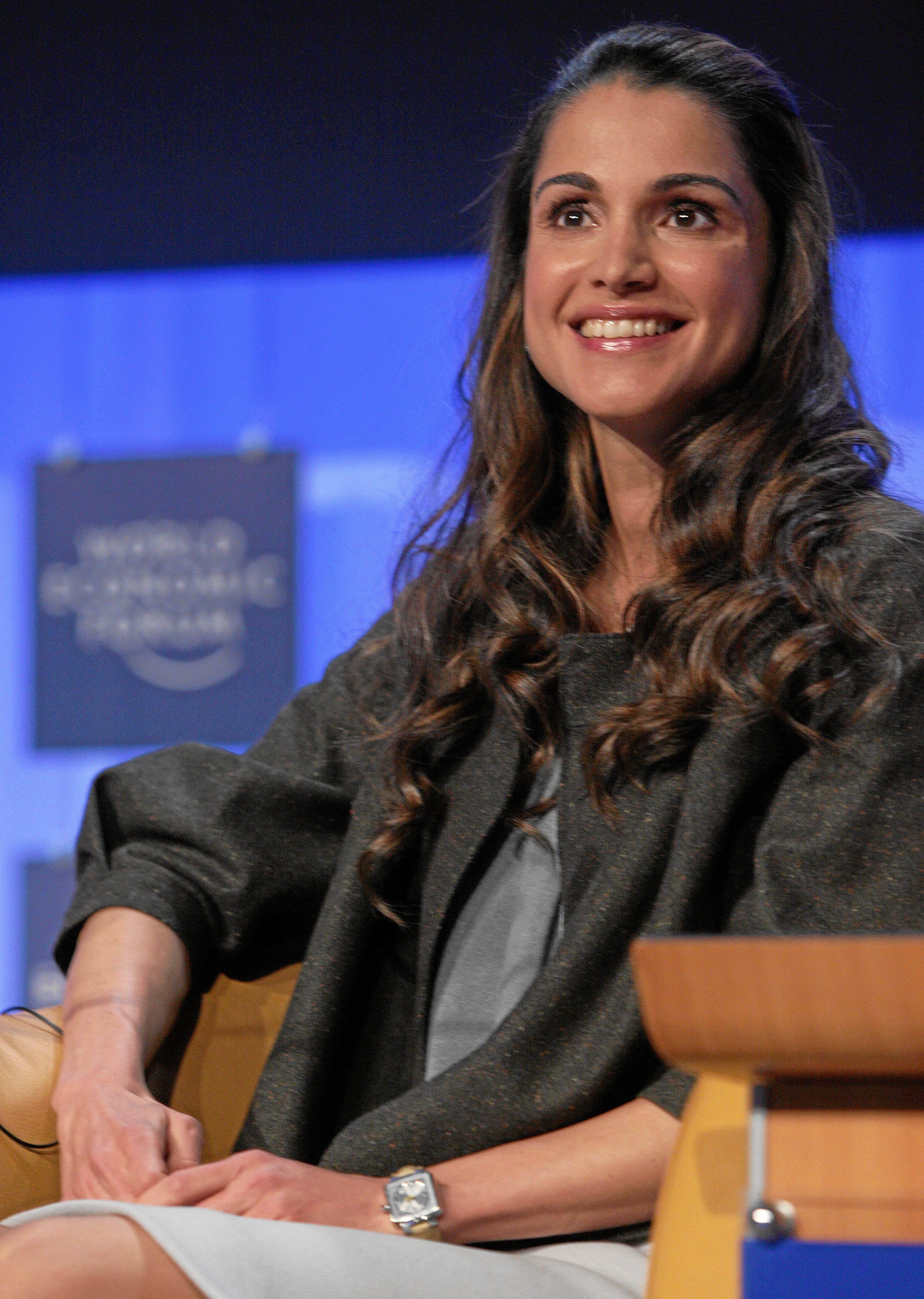 Rania Al-Yassin was born in to Palestinian parents from . She attended primary and secondary school at New English School in Kuwait, then earned a degree in from the . After her graduation in 1991, Queen Rania worked at and in Cairo, Egypt. [ [http://news.bbc.co.uk/2/hi/middle_east/1632614.stm "Profile: Jordan's Queen Rania"] , BBC November 7, 2001.]

Although her husband ascended on 7 February 1999, Rania did not become Queen immediately. She was proclaimed Queen of Jordan by her husband on 22 March. [ [http://www.jordanembassyus.org/032299002.htm King proclaims Rania Queen] ] Without proclamation, she would have been a mere princess consort, just like her mother-in-law, .

Queen Rania has been an outspoken advocate of . She was awarded the honorary rank of in the Jordanian Armed Forces by her husband, King Abdullah, on , .

She was named the third most beautiful woman in the world in the 2005 top 100 of magazine. In addition, she was the youngest queen in the world at the time King Abdullah succeeded to the throne. She has made many public appearances, including a half-hour television interview on "" on , , where she spoke about misconceptions about and women's role in Islam. [ [http://www.oprah.com/tows/pastshows/200605/tows_past_20060517.jhtml Meet the World's Youngest Queen] ] In May 2000, she was named an honorary member of 's class of 2000 (her husband's alma mater).

Queen Rania is renowned for her philanthropic work. She has pushed for education reform, fighting for better school facilities and mandatory English language training. She is also an enthusiastic supporter of the micro-fund movement which provides financial assistance to would-be entrepreneurs. [ [http://www.hellomagazine.com/profiles/queenrania/ An in-depth look at your favourite celebrity personalities - hellomagazine.com, HELLO! ] ] In 2003, she was elected to the Board of Directors of the 's Trust Fund for Victims. [ [http://web.amnesty.org/library/Index/ENGIOR300072003?open&of=ENG-391 Amnesty International welcomes the election of a Board of Directors] Retrieved on .]

She has travelled to a great number of countries in representation of Jordan and to contribute to worldwide causes. Some of these are the United States, India, Kuwait, France, South Africa, Greece, The Netherlands, Great Britain, Morocco, Italy, The Vatican.

On , she posted a video on in which she asked people to send her their questions about and the Arab world until (). She intends to respond to those questions and explain the truth about various stereotypes about Arabs and Muslims. [ [http://news.bbc.co.uk/2/hi/middle_east/7524933.stm "Queen Rania takes on stereotypes"] , BBC, July 25, 2008]

According to the , over the five month conversation, her YouTube site had more than 2 million visitors. She posted daily videos on subjects that including , and the rights of . [ [http://www.chicagotribune.com/news/nationworld/sns-ap-jordan-queen-rania-youtube,0,4539787.story "Jordan's Queen Rania says YouTube project challenging Arab stereotypes has sparked change"] , Associated Press, August 11, 2008]

Queen Rania also was one of many leaders, entertainers, and activists to appear on a video on as part of YouTube's [http://www.inmyname.com In My Name] campaign. [ [http://www.timesunion.com/ASPStories/story.asp?StoryID=723899 "Celebs launch YouTube poverty campaign at UN"] , The Associated Press, September 26, 2008] The video, " [http://www.youtube.com/watch?v=pRyMxSS-KI0 End Poverty - Be the Generation] ," urges world leaders to keep the promises they made in 2000 at the United Nations Millennium Summit with the Millennium Development Goals, a set of time-bound and measurable goals for combating poverty, hunger, disease, illiteracy, environmental degradation and discrimination against women.