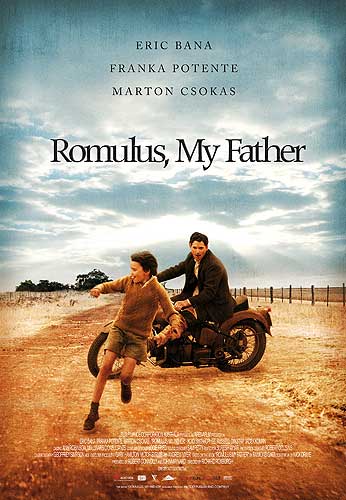 "Romulus, My Father" is a 2007 directed by . Based on the memoir by , the film tells the story of Romulus () and his wife Christine (), and their struggle in the face of great adversity to raise their son, Raimond. The film marks the directorial debut for Australian actor Richard Roxburgh. It was commended in the 2007 Film Awards.

* as Romulus, the father of Raimond.
* as Raimond, the son of Romulus and Christina. was born in Germany in 1946 and arrived in Australia in 1950 at the age of four.
* as Christine, the mother of Raimond and the ex-wife of Romulus.
* as Hora, a friend of Romulus. Hora becomes a temporary father figure to a young whilst his father is in a .

and both appeared together previously in the film The Bourne Supremacy, though their characters don't appear in any scenes together.