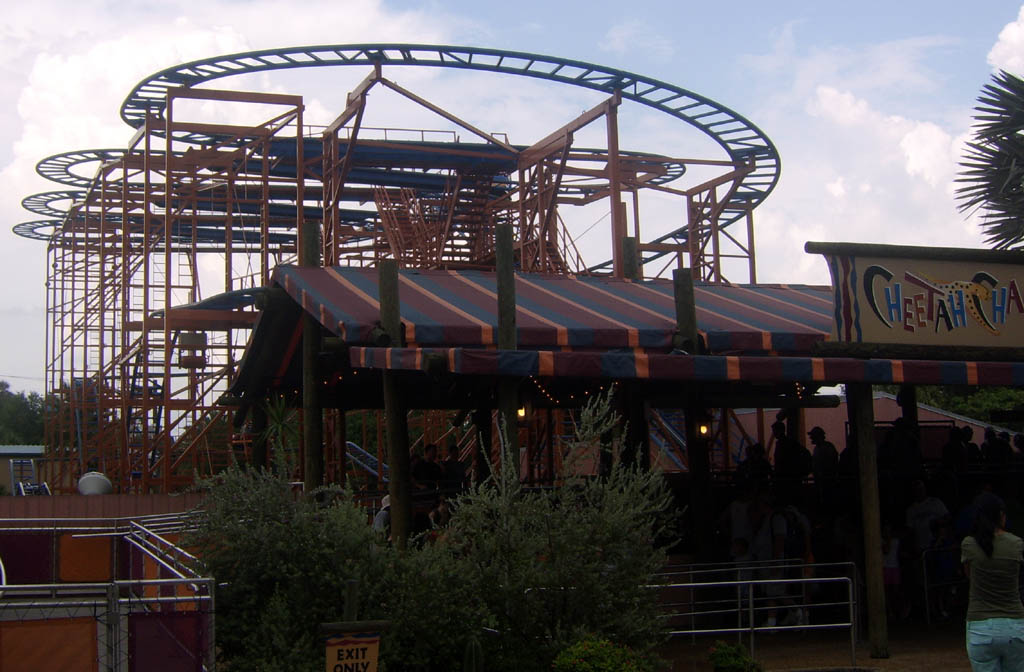 The ride, when it was first installed at Busch Gardens Europe, was meant to be a temporary attraction. It was named Izzy, after the of the , since Busch was a sponsor of the games. The ride was only supposed to be there for the 1996 season. But, the ride had a consistent line and became popular. Busch decided to keep the ride and gave it a European theme in 1997 with the new name Wilde Maus. The ride operated until 2003, when it was replaced with Curse of DarKastle and moved to .

Cheetah Chase replaced the defunct Crazy Camel flat ride, a Chance Trabant flat ride that opened up with the Timbuktu section of the park back in 1980.