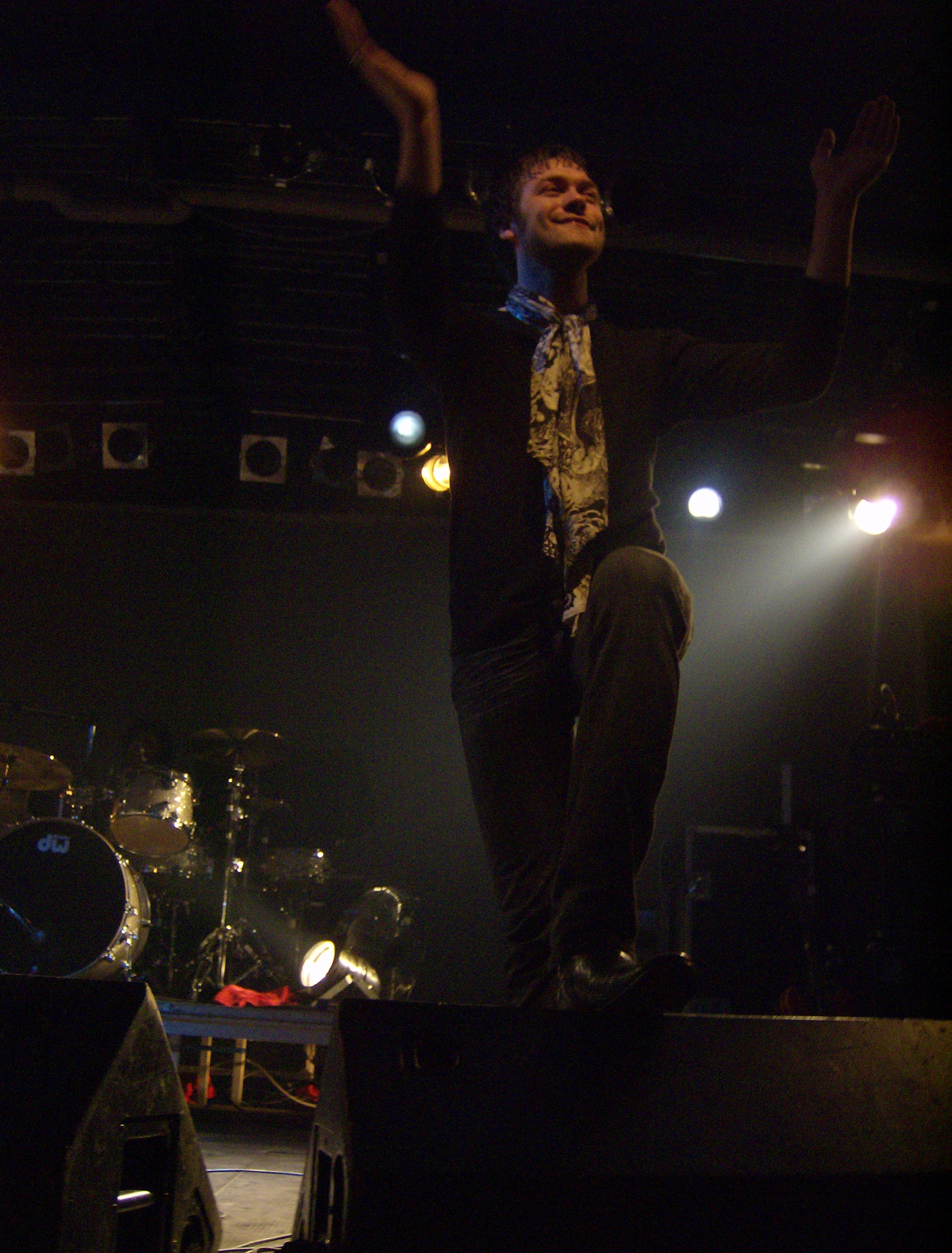 Tom Meighan (born in ) is a musician and the lead singer for Leicester-based alternative band Kasabian.

He played for the youth team in his early teens, but eventually chose music instead of football, he revealed in an interview with Nottingham's local newspaper . He also stated that he used to wear his socks under the Forest ones as he is a big fan of Leicester City.

Meighan has been the lead vocalist of Kasabian since the band's inception in Leicester in 1999. [ [http://www.absoluteradio.co.uk/music/artists/kasabian/biography/ Kasabian biography] - Virgin Radio] He sings lead vocals on the majority of the band's recordings and does not play any instruments within the group.

He is widely known for his comments in the media, which frequently relate to other musicians.

Regarding the reportedly depressing nature of and its listeners, he has said: "Teenagers are better than that. I want to tell them to be positive about life. You've been brought up well by your parents, so don't sit around in your bedroom cutting your wrists. Grow up." [ [http://www.mtv.com/news/articles/1541950/20060928/index.jhtml?headlines=true&rsspartner=rssBloglines Kasabian Singer On Emo: 'All It Causes Is Moaning Teenagers'] - .com]

After playing the Ibiza Rocks 2007 event, Meighan also said that he "wouldn't give a fuck if the island sank" [cite web|url=http://www.theskinny.co.uk/article/36626-kasabian-strike-back-with-empire|title=Kasabian Strike Back With 'Empire'|accessdate=2007-05-17|author=Nick Mitchell|date=2006-08-26|publisher=Skinny Magazine] Additionally, in his most recent (4.3.2007) interview he said that both David S. Sexton and were "absolute fannies".

Tom is also known for his raucous behaviour at awards ceremonies and other celebrity gatherings, claiming it was always his intention to be the "first to arrive and the last to leave".

He was reportedly offered a role in 's "Marie Antoinette", but later stated he did not go through with it as he was committed to his band.