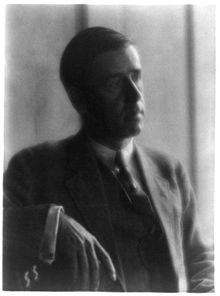 Clarence Hudson White (April 8, 1871 – July 7, 1925) was an American photographer and a founding member of the Photo-Secession movement. During his lifetime he was widely recognized as a master of the art form for his consummate sentimental, pictorial portraits and for his excellence as a teacher of photography. Toward the end of his career he founded the Clarence H. White School of Photography, which produced many of the best-known photographers of the Twentieth century including Margaret Bourke-White, Ralph Steiner, Dorothea Lange, and Paul Outerbridge. 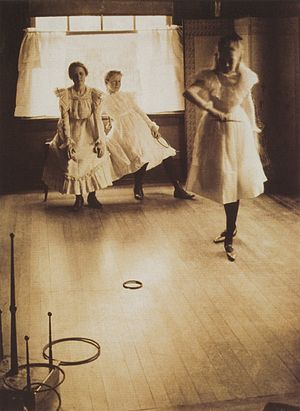 White was born in 1871 in West Carlisle, Ohio. He moved with his family to Newark, Ohio when he was sixteen. He was avid amateur young artist, and filled sketchbooks with his drawings and paintings before taking up photography in his late teens or early twenties. His father was a salesman for Fleek and Neal, a wholesale grocery, and after high school White joined the same firm as an accountant.[1] In 1893 White married Jane Felix, who became White's business manager, critic, and inspiration.[2]

White produced many of his most famous images between 1893 and 1906, while he was still in Ohio, despite holding a full-time job unrelated to photography and only being able to afford two plates a week. Most of his photographs from this period depicted relatives and friends, carefully posed in their homes. He enjoyed collaborating with other photographers and seeing their work, and in 1898 White founded the Newark Camera Club, an association for the town's enthusiasts, prefiguring his role as a teacher and mentor.[3]

While in Newark, White's photographs gradually became nationally recognized, first winning a gold medal from the Ohio Photographer's Association in 1896 and then participating in the Philadelphia Photographic Salon exhibition in 1898. That year, on a trip east, White met Alfred Stieglitz, photography's most prominent figure of the time, who praised his work. Stieglitz, White, and several other pictorial photographers co-founded the Photo-Secession, an elite group dedicated to furthering photography as an art form.[3]

As White's artistic renown spread, it became increasingly difficult for him to balance his amateur photography with his accounting career. In 1906 he decided to quit his job, move to New York City, and devote his full attention to photography. Stieglitz included White's photos in exhibitions at his Photo-Secession gallery and published them in his highly acclaimed magazine, Camera Work. Stieglitz devoted an entire issue of Camera Work to White's photography and the two men were jointly credited on several images, most notably The Torso.[4] 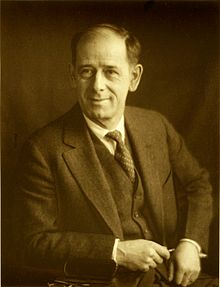 In 1907, Arthur Wesley Dow hired White to teach photography at Columbia University. He quickly became a renowned instructor, encouraging and inspiring his students rather than formally expounding on technical or aesthetic principles of photography. Although White's teaching never provided him with a significant amount of money, it enabled him to work as a full-time photographer and he deeply loved to teach.[2] In 1914, he founded the Clarence H. White School of Modern Photography.[5] Charles J. Martin, a former student of White's at Columbia, became one of the first instructors at the White School.[citation needed] White taught many students who went on to become notable photographers, including Margaret Bourke-White, Anne Brigman, Dorothea Lange, Paul Outerbridge, Karl Struss, and Doris Ulmann.[6]

White, Stieglitz, and the other Photo-Secessionists initially imitated traditional fine arts in order to elevate photography to high art. Referred to as pictorialists, they used camera and printing techniques to emulate etchings and achieve soft focus. However, in 1910 Stieglitz renounced pictorialism in favor of sharply focused "straight" photographs, emphasizing the camera's optical clarity and precision.[5] White did not follow Stieglitz's initiative, and after their separation White emerged as the leader of pictorialist photography. In 1916 White co-founded the Pictorial Photographers of America (PPA), a national organization dedicated to promoting pictorial photography.[7] Like the Photo-Secession, the PPA sponsored exhibitions and published a journal.[8] But unlike the Photo-Secession, the PPA consciously refrained from exclusivity and advocated using pictorial photography as a medium for art education. White served as the association's first president until 1921.[7]

White's photographs are black-and-white, romanticized, pictorialist images. Women and children were favorite subjects, and White was praised for capturing the character of his models.

White composed his images carefully, often taking hours to pose models and frame the photograph. White also experimented with darkroom techniques including platinum and gum bichromate prints.[6] During his lifetime, White's images were widely acclaimed as the pinnacle of the art form.[9]