Commodore Oliver Hazard Perry (August 23, 1785 – August 23, 1819) was born in South Kingstown, Rhode Island, the son of Captain Christopher Raymond Perry and Sarah Wallace Alexander, a direct descendant of William Wallace.[1] He was an older brother to Commodore Matthew Calbraith Perry who compelled the opening of Japan to the West by threat of force. He served in the War of 1812 against Britain. After supervising the building of a fleet at Erie, Pennsylvania, at the age of 27 earned the title "Hero of Lake Erie" for leading American forces in a decisive naval victory at the Battle of Lake Erie, receiving a Congressional Gold Medal and the Thanks of Congress.[1][2] His leadership materially aided the successful outcomes of all nine Lake Erie military campaign victories, and the fleet victory was a turning point in the battle for the west in the War of 1812.[2] Perry became embroiled in a long standing and festering controversy with the Commander of the USS Niagara, Captain Jesse Elliott over their conduct in the battle, and both were the subject of official charges that were lodged. In 1815, he successfully commanded the Java in the Mediterranean during the Second Barbary War. So seminal was his career that he was lionized in the press (being the subject of scores of books and articles),[3] has been heavily memorialized, and many places and ships have been named in his honor.

As a boy, Perry lived in Rhode Island, sailing ships in anticipation of his future career as an officer in the US Navy.[2] He was educated in Newport, Rhode Island, and at the age of 14 was appointed a midshipman in the United States Navy on April 7, 1799.

During the Quasi-War with France, he was assigned to his father's frigate, the USS General Greene. He first experienced combat on February 9, 1800, off the coast of the French colony of Haiti, which was in a state of rebellion.[4]

During the First Barbary War, he served on the USS Adams and later commanded the USS Nautilus during the capture of Derna. Beginning in 1806, he commanded the sloop USS Revenge, engaging in patrol duties to enforce the Embargo Act, as well as a successful raid to regain a U.S. ship held in Spanish territory in Florida. On January 9, 1811, the Revenge ran aground off Rhode Island and was lost. The following court-martial exonerated Perry, placing blame on the ship's pilot.[5] In January 2011, a team of divers claimed to have discovered the remains of the Revenge, nearly 200 years to the day after it sank.[6][7]

His progression from being the subject of a court-martial for running aground to being a formidable commander who made a real difference has a striking parallel to the career of Admiral Chester W. Nimitz.

Following the court-martial, Perry was given a leave of absence from the navy. On May 5, 1811, he married Elizabeth Champlin Mason, whom he had met at a dance in 1807,[5] and enjoyed an extended honeymoon touring New England. The couple would eventually have five children, with one dying in infancy.[8]

At the beginning of the War of 1812 American naval forces were very small, allowing the British to make many advances in the Great Lakes and northern New York waterways. The roles played by commanders like Oliver Perry at Lake Erie and Isaac Chauncey at Lake Ontario and Thomas Macdonough at Lake Champlain all proved vital to the naval effort that was largely responsible for winning that war. 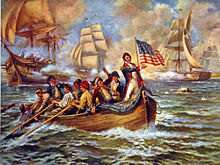 At his request he was given command of United States naval forces on Lake Erie during the War of 1812. U.S. Secretary of the Navy Paul Hamilton had charged prominent merchant seaman Daniel Dobbins with building the American fleet on Presque Isle Bay at Erie, Pennsylvania, and Perry was named chief naval officer.[1][2][9]

On September 10, 1813, Perry's command fought a successful fleet action against a task force of the Royal Navy in the Battle of Lake Erie. It was at the outset of this battle that Perry famously said, “If a victory is to be gained, I will gain it.”[10] Initially, the exchange of gunfire favored the British. Perry's flagship, the USS Lawrence, was so severely disabled in the encounter that the British commander, Robert Heriot Barclay, thought that Perry would surrender it, and sent a small boat to request that the American vessel pull down its flag. Faithful to the words of his battle flag, "DON'T GIVE UP THE SHIP" (a paraphrase of the dying words of Captain James Lawrence, the ship's namesake and Perry's friend),[11][12] Perry ordered the crippled Lawrence to fire a final salvo and then had his men row him a half-mile (0.8 km) through heavy gunfire to transfer his command to the USS Niagara. Once aboard, Perry dispatched the Niagara's commander, Captain Jesse Elliot, to bring the other schooners into closer action while he steered the Niagara toward the damaged British ships. Breaking through the British line, the American force pounded Barclay's ships until they could offer no effective resistance and surrendered. Although he had won the battle aboard the Niagara, he received the British surrender on the deck of the recaptured Lawrence to allow the British to see the terrible price his men had paid.[10] Perry's battle report to General William Henry Harrison was famously brief: "We have met the enemy and they are ours; two ships, two brigs, one schooner and one sloop."[11]

This was the first time in history that an entire British naval squadron had surrendered, and every captured ship was successfully returned to Presque Isle.[13] Although the engagement was small compared to Napoleonic naval battles such as the Battle of Trafalgar, the victory had disproportionate strategic importance, opening Canada up to possible invasion, while simultaneously protecting the entire Ohio Valley.[2][14] The loss of the British squadron directly led to the critical Battle of the Thames, the rout of British forces by Harrison's army, the death of Tecumseh, and the breakup of his Indian alliance.[13] Along with the Battle of Plattsburgh, it was one of only two significant fleet victories of the war.[2]

In fact, Perry was involved in nine campaigns that led to and followed the Battle of Lake Erie, and they all had a seminal impact. "What is often overlooked when studying Perry is how his physical participation and brilliant strategic leadership influenced the outcomes of all nine Lake Erie military campaign victories:" Capturing Fort George, Ontario in the Battle of Fort George; Destroying the British munitions at Olde Fort Erie (see Capture of Fort Erie); Rescuing five vessels from Black Rock; Building the Erie fleet; Getting the ships over the sandbar; Blocking British supplies for a month prior to battle; Planning the Thames invasion with General Harrison; Winning the Battle of Lake Erie; and Winning the Battle of Thames.[2][13]

In his initial report, Perry praised Captain Elliott's role in the American victory at lake Erie. Once news of the battle spread, Perry and Elliott were both celebrated as national heroes. Soon after, however, several junior officers publicly criticized Elliott's performance during the battle, charging that Elliott allowed the Lawrence to suffer the brunt of the British fire while holding the Niagara back from the fight, and that he had only come to the aid of the Lawrence once he believed that Perry was dead. Elliot rejoined that there had been a lack of effective signaling. Charges were filed but were not officially acted upon. Attempting to restore his honor, Elliott and his supporters began a 30-year campaign that would outlive both men and ultimately leave his reputation in tatters.[13]

Elliott was also recognized with a Congressional Gold Medal[15] and the Thanks of Congress for his actions in the Battle of Lake Erie. This recognition would prove to fan the flames of resentment on both sides of the Elliott-Perry controversy.[13]

In July 1814, Perry was offered command of the USS Java, a 44-gun frigate which was under construction in Baltimore. While overseeing the outfitting of the Java, Perry participated in the defenses of Baltimore and Washington, DC during the British invasion of the Chesapeake Bay. In a twist of irony, these land battles would be the last time the career naval officer saw combat. The Treaty of Ghent was signed before the Java could be put to sea.[8] 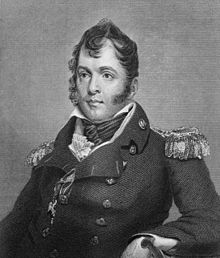 For Perry, the post-war years were marred by controversies. In 1815, he commanded the Java in the Mediterranean during the Second Barbary War. While moored in Naples, Perry was provoked into slapping the commander of the ship's Marines, John Heath. The ensuing court-martial found both men guilty but levied only mild reprimands. After the crew returned home, Heath challenged Perry to a pistol duel, which was fought on October 19, 1817, on the same Weehawken, New Jersey, field where Aaron Burr shot Alexander Hamilton. Heath fired first and missed. Perry refused to fire, satisfying the Marine's honor.[8]

Perry's return from the Mediterranean also reignited the feud with Elliott. After an exchange of angry letters, Elliott challenged Perry to a duel, which Perry refused. He instead decided to file formal court-martial charges against Elliott, including "conduct unbecoming an officer," and failure to "do his utmost to take or destroy the vessel of the enemy which it was his duty to encounter." Wishing to avoid a scandal between two congressionally decorated naval heroes, Secretary of the Navy Smith Thompson and President James Monroe suppressed the matter by offering Perry the rank of Commodore and a diplomatic mission to South America in exchange for dropping his charges against Elliott. This put an official end to the controversy, though it would continue to be debated for another quarter century.[21] 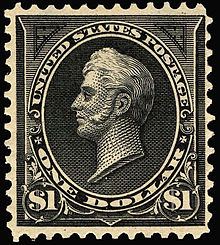 In 1819, after a successful expedition to Venezuela's Orinoco River to consult with Simon Bolivar about piracy in the Caribbean, Perry contracted yellow fever from mosquitoes while aboard the USS Nonsuch. Despite the crew's efforts to reach Trinidad for medical assistance, the Commodore died as the ship was nearing Port of Spain. He was 34 years old. After being buried in Port of Spain, his remains were later taken back to the United States and interred in Newport, Rhode Island. After resting briefly in the Old Common Burial Ground, his body was finally moved to Newport's Island Cemetery,[22][23] where his brother Matthew C. Perry is also interred.[24]

His family's descendants include Commander John Rodgers, the second person to become a United States naval aviator,[25] and well known civilian aviator Calbraith Perry Rodgers, the first person to fly an airplane - the Vin Fiz - across the United States.[26]

Oliver Hazard Perry Throck Morton (August 4, 1823 – November 1, 1877) (no relation) — the 14th Governor of Indiana, a famous Republican politician and U.S. Senator who was a leader among the Radical Republican reconstructionists — was named in his honor.*[27]

Many locations, both in Rhode Island and near Lake Erie, are named in his honor, including:

Counties and municipalities (organized by state)

Monuments to Perry are located in many locations, including:

Commodore Perry has been repeatedly honored with ships bearing his name.