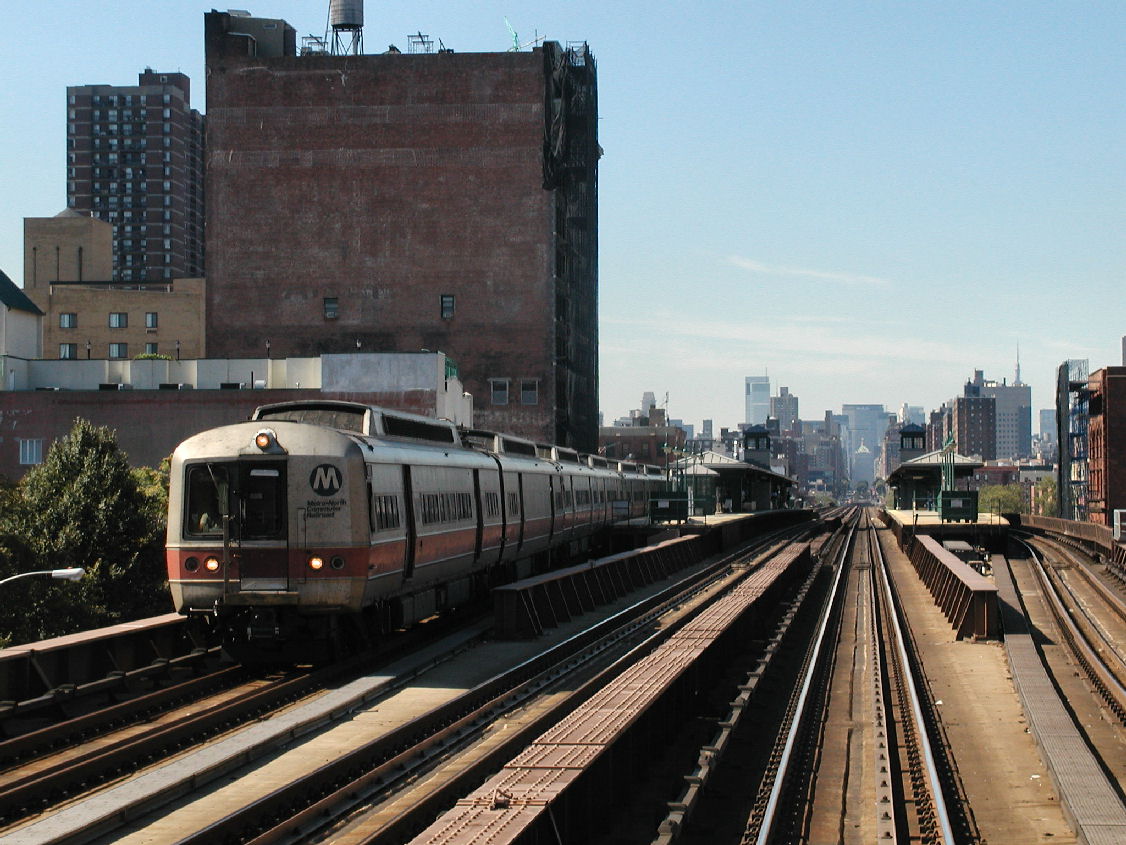 image_size=275
image_caption=View from inbound train.
address=101 E. 125th Street & 1818 ,
, NY 10035
coordinates=coord|40.805949|-73.939147
line=
:
other=MTA New York City Bus:
Bx15, M35, M60 to , M100, M101
:
NYCS-bull-small|4NYCS-bull-small|5NYCS-bull-small|6NYCS-bull-small|6d at 125th Street
structure=
platform=
depth=
levels=
tracks=
parking=
bicycle=
baggage_check=
opened=1896
closed=
rebuilt=
electrified=
ADA=yes
code=
owned=Metropolitan Transportation Authority
zone=1
former=
passengers=
pass_year=
pass_percent=
pass_system=
mpassengers=
services=
map_locator=The Harlem-125th Street station serves residents of the Harlem neighborhood of and commuters who work in Harlem via the Hudson Line, Harlem Line and New Haven Line. It is the only station besides that serves all three lines east of the . Trains leave for Grand Central Terminal, and the northern suburbs regularly. Harlem-125th Street is seldom used for travel to and from Grand Central. However, it remains possible to do so. On a related note, the station is within the boundaries of the program. It is 4.19 miles (6.7 km) from Grand Central, and travel time is approximately ten minutes. One block to the east is 125th Street on the (NYCS Lexington) of the . From Harlem, riders can also take the M60 bus to .

The current Harlem-125th Street Station was built in -97 and was designed by , principal architect. It replaced an earlier one that was built in , when the and the , the ancestors of today's Metro-North, moved the tracks from an , to the present-day elevated . The original station on the site was built in , when the trains ran at grade-level on what is now Park Avenue. That station was demolished to make way for the open cut.

Appearances in film and on TV

Harlem-125th Street Station has often been used as a setting for film and TV, where it usually stands in for an elevated MTA or similar rapid transit station.