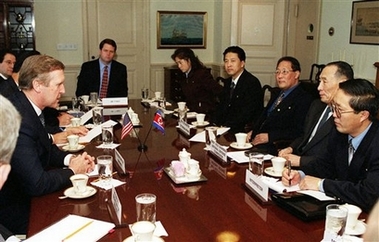 Kim Ok is a n, occasionally regarded (unofficially) as "North Korea's first lady", and has served as 's personal secretary since the 1980s. She is reported to have started living with Kim Jong-il at some point after the death of Kim's third consort .

Kim was previously a musician and was a piano major at University of Music and Dance.

Kim has traveled with Kim Jong-il within and abroad, such as on Mr. Kim's visit to in January 2006 where they met Chinese .